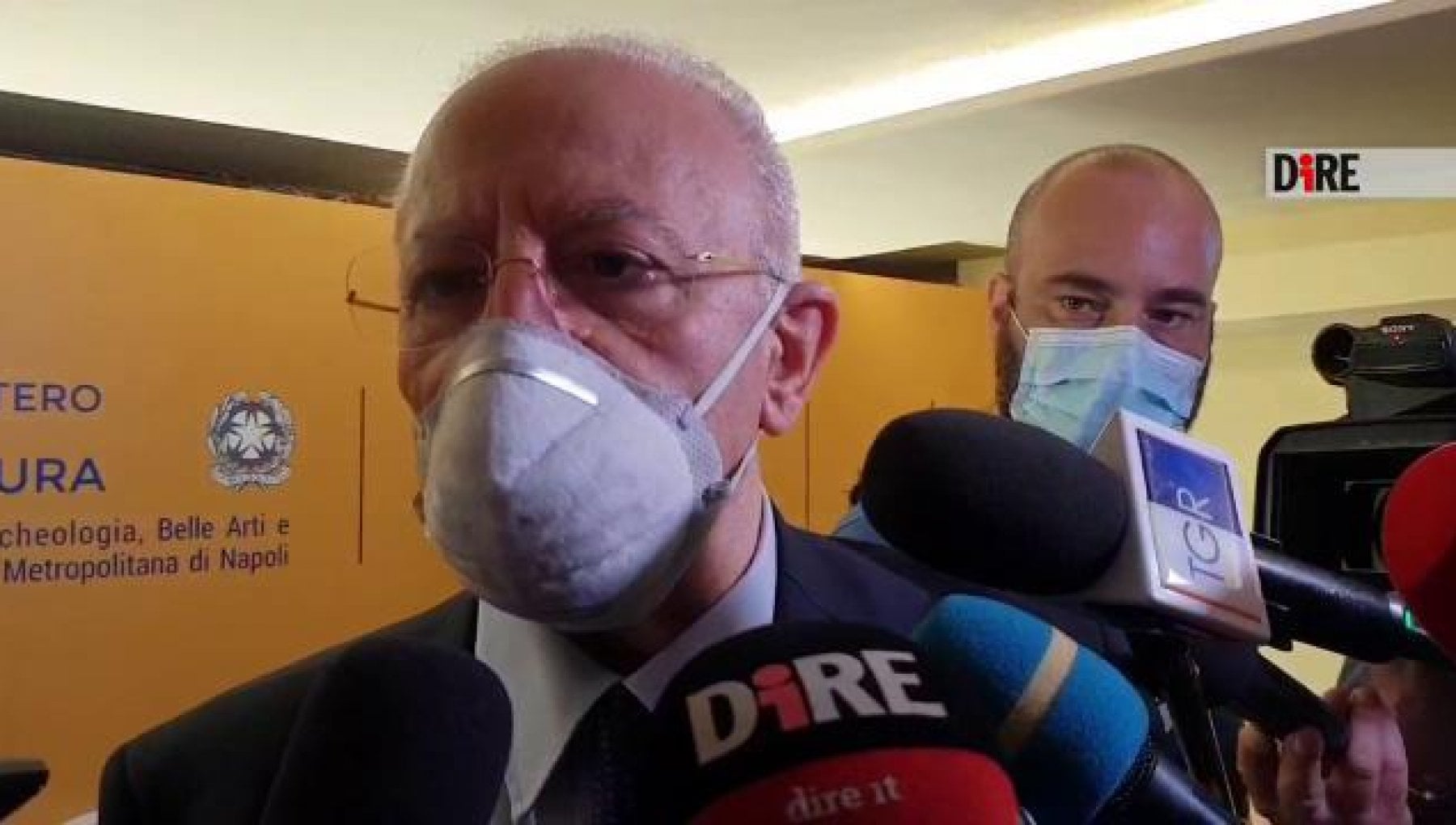 From covid to justice reform. The governor of Campania Vincenzo De Luca takes stock in the usual Facebook live stream on Friday. And the first lunge is about the holidays. “Without the Green Pass, at the end of August, after the August and Ferragostan troubles, we risk having to close everything again. The Green Pass helps keep businesses open“. Concern mitigated by the data concerning the Region:” In Campania today we have 355 new positives, most of which are asymptomatic or have mild symptoms. We do not register a burden of attendance in hospitals. This gives us some peace of mind “.

There was no lack of an invitation to the government for greater commitment in the field of vaccine doses distribution: “The time in which we complete the vaccination campaign is decisive to prevent the spread of other variants: the more we waste time, the more we run the risk of encountering other variants less sensitive to the vaccine. Then the situation would become complicated. Time is crucial to return to normal life “.

“Some local health authorities in Campania are preparing an open vaccination campaign without reservation for the next few weeks, in particular coastal locations,” said De Luca.

“There will be – he said – vaccinations for those on holiday on the Cilento coast from 18 to 2 am in Marina di Camerota, Palinuro, Acciaroli, but also in Positano. Next week the Castiglione facility on the Amalfi Coast should reopen and prepares the same work for other coastal realities of the Region. We do everything to increase the number of vaccinated and immunized fellow citizens. The more we waste time, the more the risk of encountering other variants, perhaps less sensitive to the vaccine, increases and then the situation becomes complicated, so time is decisive to return to normal life “.

Regarding the school, De Luca reiterated that “if we want to, as we must, open – he said – we must complete the vaccination under the age of 18. Let’s put it in mind and proceed with the vaccination of boys and girls, this will take up to one year. There has been a slowdown, we understand that after a year and a half we are exhausted, that the health personnel must rest, breathe a couple of weeks, we allow for a slowdown but let’s get ready to resume the great vaccination campaign “.

Still on Health, the president of Campania announces that: “Next week we approve the regional plan to reduce waiting lists. We foresee new resources for private laboratories to avoid that the achievement of the spending limits causes the usual problems”. “This problem – he explains – will be resolved definitively with national legislative changes because the sums we have available for regional healthcare are totally inadequate to cover the needs of private individuals with agreements”.

Then the political topical issues. We start with a comment on the justice reform and with the attack on the former minister Alfonso Bonafede: “The 5 Stars offered Italy the worst minister of justice ever seen in our country, a certain Bonafede, whom I jokingly called Bonanotte. He was an unlikely minister, disk jockey as his main profession, unpresentable as a lawyer and also in terms of aesthetic”.

Again: “We witnessed to yet another political drama, yet another act of offensive cabaret for the intelligence of Italians “. The cause?” The 5 Star Movement – he remembers – had to put up a flag to approve a law: the fact that the trials for mafia, terrorism have been extended , the League has added his. These crimes could already be prolonged upon a judge’s pronouncement, but we had to pretend that we had produced a great innovation. “The thought of Giuseppe Conte: in a civilized country – adds the governor – the news would have been that we have reduced the times of trials with new hires. Instead, we communicate as a great result that we have expanded the times. How happy we are. For me it is an indecent parenthesis for the umpteenth time in Italian politics “.

See also  Green pass, I introduce the pleasure of a cup of coffee to the debate. It sounds silly but it isn't