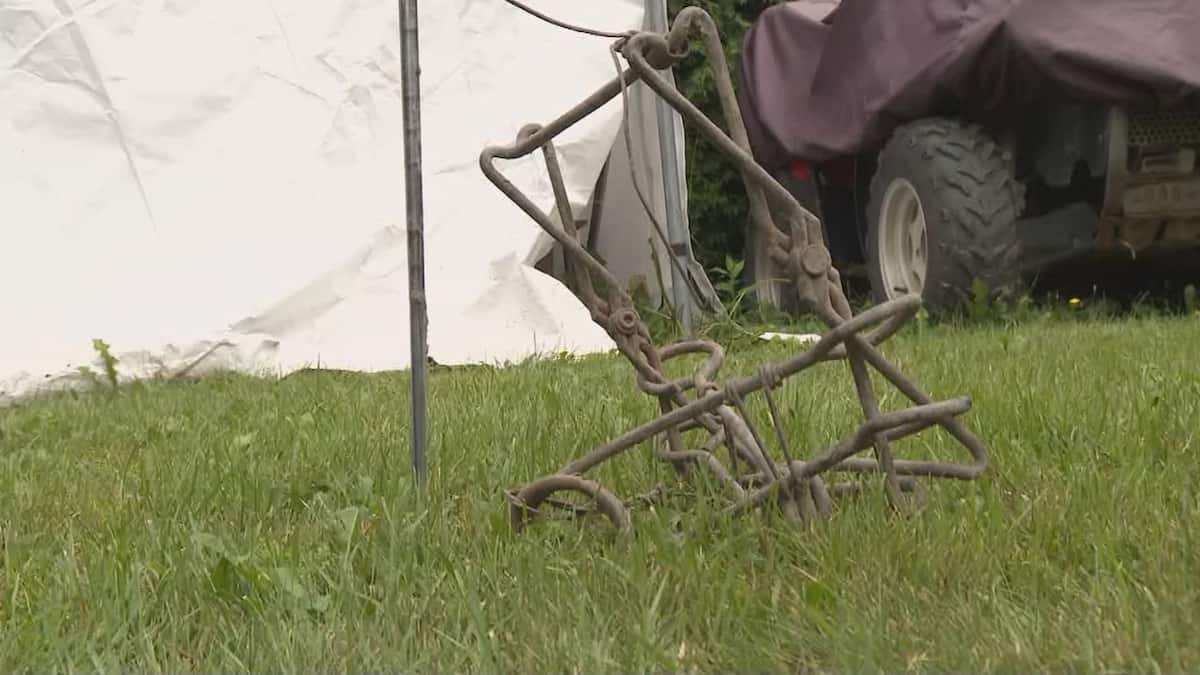 A walk in a path in Sherbrooke ended in dramatic fashion on Wednesday, after a dog was killed in a beaver trap, provoking the ire of his mistress.

The owner is in shock and criticizes the City of Sherbrooke for having installed a trap in a regularly frequented place in a residential area.

Late Wednesday afternoon, Christine Binet, accompanied by her daughter and their two dogs, went for a walk on the path that runs along the Meadow stream, in the Saint-Élie sector in Sherbrooke. As they do regularly, they let the dogs bathe in the stream. Bela, a labrador mixed with husky, got his head caught in a beaver trap that was out of the water.

“I heard the dog scream,” said Chantal Grenier, who lives nearby. I ran to help him with his owner, he was still breathing when I arrived. When we finally managed to get him, unfortunately it was too late,” she said.

“It’s a tragedy, said Christine Binet. We are sad, we are angry. How could someone authorize the installation of a trap so close to the houses without displaying the presence of the danger?

Chantal Grenier, neighbor of the path that runs along the river, is also in shock: “There are people who come here regularly to see the beavers, a lot of people come here to bathe their dogs and there are a lot of children who come to play here. It could have been a child getting caught in the trap. There should have been posters indicating the presence of a trap”.

See also  Whoops! This Food Delivery Is Angry Due to 125 Customer Canceled Orders

The City of Sherbrooke requested the installation of a beaver trap due to a problem of water accumulation on land upstream from a dam on Meadow Creek.

“We let the beavers see if cohabitation was possible, but it was made dangerous that there was backflow of water in the houses so we had to intervene urgently”, explained the municipal councilor of the district. Saint-Elie, Christelle Lefevre.

The City is currently conducting an internal investigation.

“I think it’s a lesson we’ll learn, we have to put up posters even if it’s not mandatory.

It could have prevented that person from approaching with his dog without a leash, ”she added.

The Federation of Trappers Managers of Quebec has confirmed that the trapper who installed the trap at the request of the City of Sherbrooke is one of its members and that he is upset by the events, but insists that everything has been done according to the rules.

According to the Department of Wildlife, the City of Sherbrooke had the necessary authorizations to act in this way.

“The City of Sherbrooke had the necessary wildlife management permit to carry out the interventions. She called on a professional trapper who installed a trap according to the rules of the art in a place where the risks of accidental captures were negligible under the conditions observed at the time of the installation of the trap “, can we read in a message sent to TVA Nouvelles.

“Initially, the trap was submerged and inaccessible at the bottom of a muddy, hard-to-reach pond with lots of vegetation. The MFFP has no additional information as to the circumstances that led to the drop in the water level.