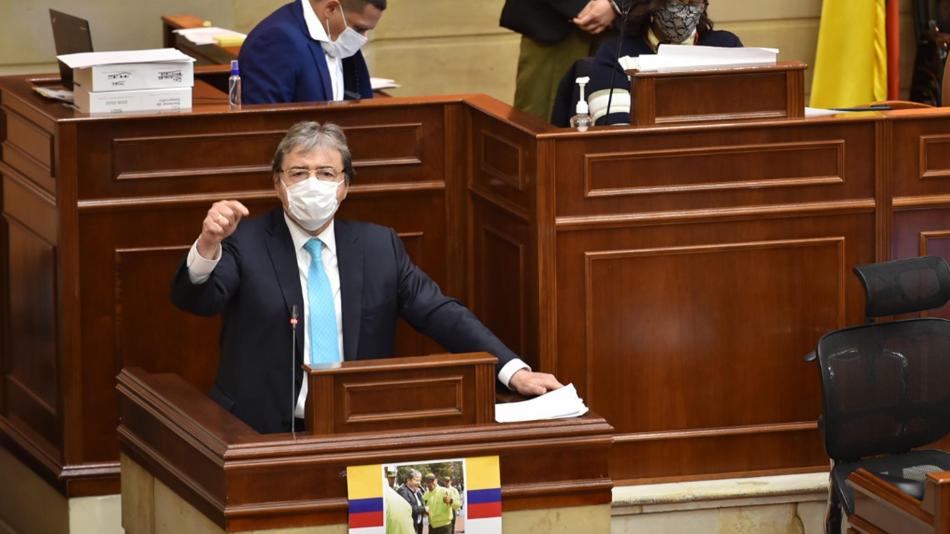 With 136 votes for no and 24 for yes, the plenary of the Chamber on Tuesday denied the motion of censure that had been on the Minister of Defense, Carlos Holmes Trujillo, and gave him its support to continue in office.

The appeal was promoted by sectors of the opposition and other parties in this corporation, which questioned the official for his alleged failure to comply with a ruling of the Supreme Court of Justice that gave various indications to the Government about social protest.

In the middle of the debate on the appeal, last week, in the Chamber, Minister Holmes Trujillo again explained the government’s handling of the demonstrations and apologized for the excesses of some members of the forces.

After the debate, this Tuesday the vote was called, in which the majorities of the corporation clothed the official and voted for him to remain in office.

Read also: Uribe’s five phrases on his return to freedom

Another motion of censure is still pending in the Senate for the head of the Defense portfolio, which was requested by the senator for the Polo Jorge Enrique Robledo and whose debate will be next Thursday, October 22.

This appeal, in the midst of which there will also be a debate on political control that Senator Roy Barreras was promoting, questions the Minister because, according to the opposition, he should have asked the Senate for endorsement for the presence of United States troops in Colombia.

How was Lozada received in the Senate after confession about Álvaro Gómez?

‘You will never be president, thank God’: Paloma to Petro