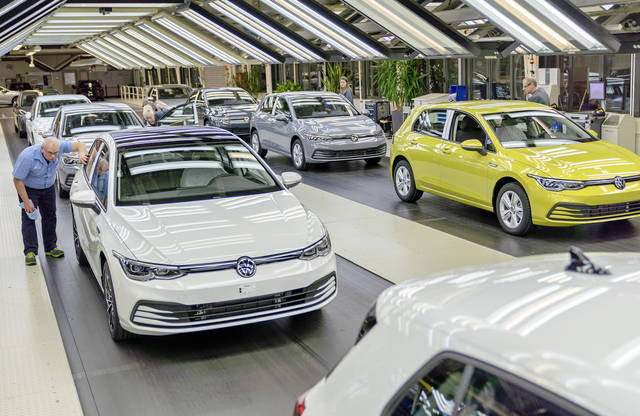 THE CHIP CRISIS IS WEIGHING – The brand Volkswagen closes on 2021 with 4,896,900 cars delivered to customers, 8.1% less than in 2020. This result, as confirmed by the company, was affected by the shortage of components and the consequent slowdown in the production of factories. One figure above all makes us understand the extent of this “funnel”: Volkswagen has accumulated 543,000 orders to be processed, of which 95,000 for the ID electric family.

STILL FEW EV AND PLUG-IN – Of these, almost 4.9 million cars in total, the electric also were 263,000 and the ibride plug-in 106,000, for a total of 369,000: numbers still low overall, representing 7.5% of the total, but growing by 73% compared to 2020. Europe is the most receptive market towards these electrified cars, which have been 19.3% of total Volkswagen brand deliveries, up from 12.6% in 2020. The German manufacturer also recorded increases in electric vehicle deliveries in the United States, China and Germany.

SUVs DOMINATE – Let it be now suv the most requested cars is certainly not new. As for the Volkswagen brand, these cars were in 2021 the 40% of deliveries total (the previous year 34.8%). Thanks to SUVs, Volkswagen generated a whopping three-quarters of its turnover in the United States, where it sold the highest number of vehicles since 2013. Nevertheless, the Golf maintained its top spot as the best-selling car in Germany in 2021, despite the problem. related to the supply of the chips.