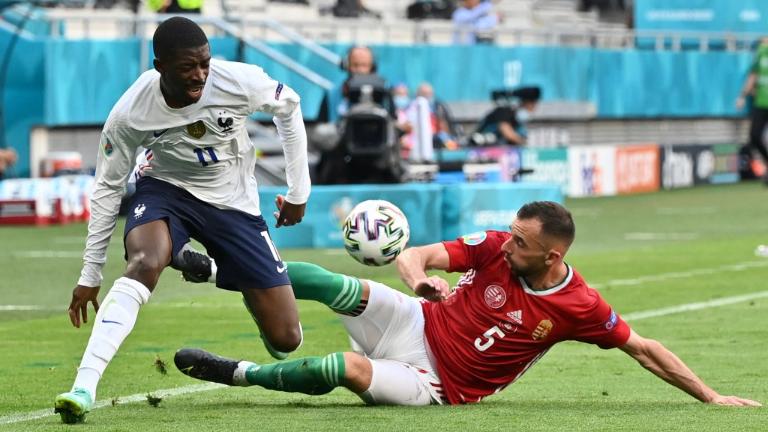 Winger Barcelona Ousmane Dembélé has been left out of the France squad for the remainder of EURO 2020.

Dembele left the Les Blues squad on Monday morning after it was confirmed that the knee problem he suffered against Hungary will keep him out for at least three weeks.

The 24-year-old performed quite well before being named to France’s Euro 2020 squad, but his adventure ended prematurely, as reported by RMC.

???? It’s over for Dembélé! The Frenchman leaves the rally on Monday. It will not be replaced.

The world champions were stunned by Hungary in Budapest, forced to settle for a draw after Antione Griezmann equalized Atilla Fiola’s first-half opener.

But the draw was not the only blow for Les Bleus, who lost Dembele to injury despite the Barca winger only coming on as a substitute.

Dembélé came off the bench in the 57th minute, replacing Adrien Rabiot as France searched for an equaliser at the time, but he had to come off with three minutes remaining to be replaced by Atletico Madrid star Thomas Lemar through injury.