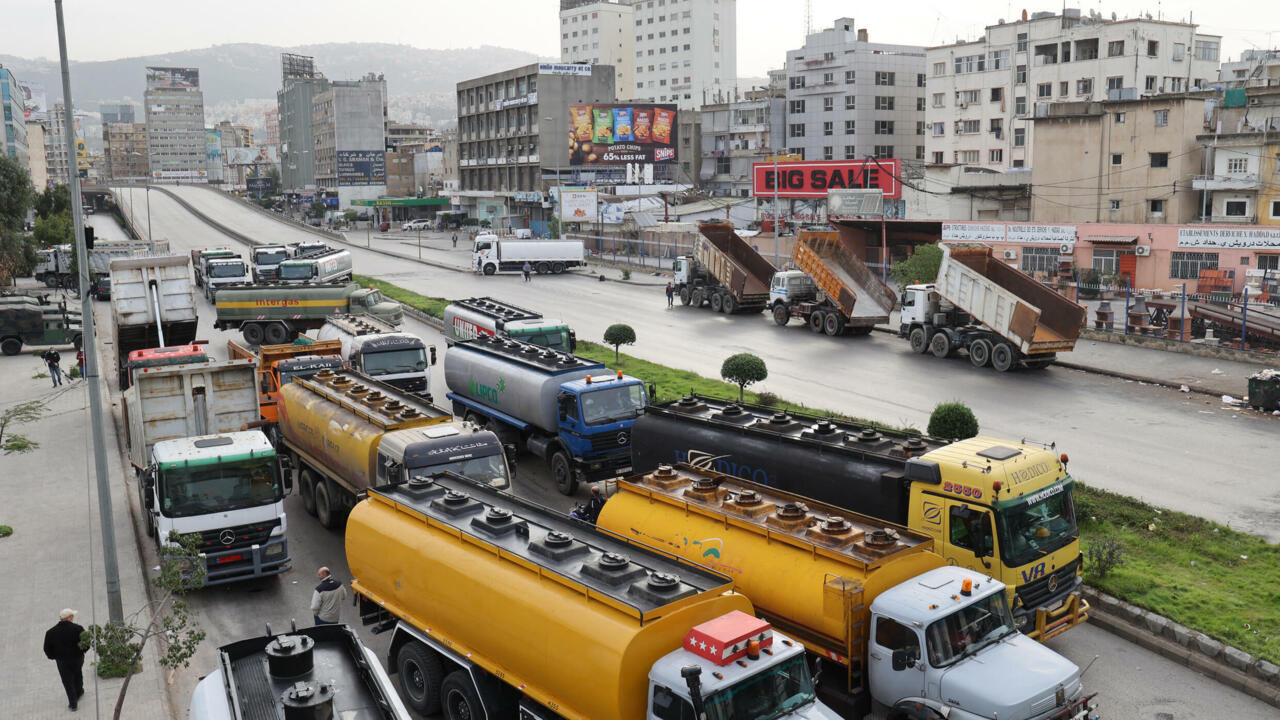 Truck and bus drivers closed major roads in Beirut and other areas in protest against the continuing deepening economic crisis in Lebanon, which has pushed the lira to a crushing collapse against the dollar. The government formed in September 2021 had pledged to begin economic reform, but it failed to meet three months ago.

On Thursday, drivers of large vehicles, public transport vehicles and others blocked major roads in the Lebanese capital and other regions. This movement comes as a protest against the failure of politicians to address Economic crisis Suffocating local currency sank the ground and skyrocketing prices.

and drowned Lebanese pound In a downward spiral since 2019, when the economy collapsed under a mountain of debt. However, the cabinet, which was formed in September and pledged to start reforming the economy, has not convened for three months, amid an argument between the parties over the investigation path into the explosion of the destroyed port of Beirut in 2020.

During a demonstration in a main square in a Beirut suburb, Muhammad al-Miqdad, 58, called on everyone to take to the street and said, “If we wait for our leaders or parties, no one will care.” He continued, as dozens of trucks were obstructing traffic, “I want any official, the president, the prime minister, the parliament speaker, to try to live on the salary of a simple worker, even for one day.” Similar crowds blocked roads elsewhere in the country.

The lira collapsed after trading in it was free in shops and banks at a price of 1,500 pounds to the dollar until the crisis erupted in 2019. The currency plunged and is being traded in the informal market at 31,500 pounds to the dollar today, Thursday. It is now difficult for a middle-ranking family’s salary to be enough to feed it, after it had a comfortable income at one time.

The representative of fuel distributors, Fadi Abu Shakra, said that the rise in the exchange rate had caused many problems. He said that the rise made the Lebanese hungry and made all citizens poor. President Michel Aoun is seeking to push the various sectarian factions to hold a national dialogue conference, but the talks this week have so far attracted support only from close allies. Some opponents said that such a conference should wait until after the parliamentary elections scheduled for May.