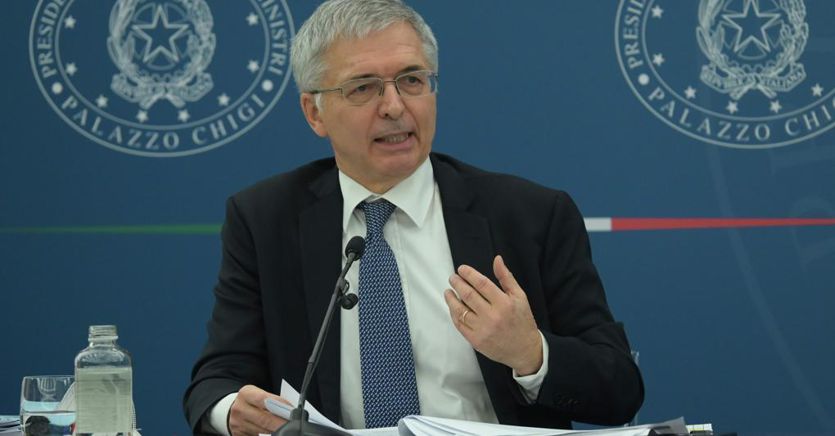 Cutting the 38% rate that applies to incomes from 28 thousand to 55 thousand euros costs about one billion per point, while the same operation on the second rate, that of 27% required of those who declare, between 15 thousand and 28 thousand euros, has a double cost. The burden on public accounts of the elimination of IRAP for partnerships and sole proprietorships is also around two billion; alternatively, an abolition of the regional tax for companies below a certain production value could come into play. The financial weight of the latter operation obviously depends on the level at which the exemption threshold is set.

New round on Monday

This is the toolbox, numerical, squadernated by the Ministry of Economy Daniele Franco in the first half of the table on the tax authorities with the majority parties to decide how to use the eight billion made available by the maneuver for the tax cut. A new meeting is already scheduled for next Monday, at 3 pm, in a tight schedule that aims to define the decision within a few days, in time to present the government amendment to the maneuver during the only substantial passage of the budget law to the Senate.

Intervention on both fronts is possible

The one played yesterday in the first meeting is a sort of derby of the tax reduction between Irpef and Irap. At the moment it is impossible to predict the final result, even if more than one element, electoral but also economic, seems to be leaning in favor of income tax. In the end, however, an intervention could arrive on both areas, to achieve the goal of meeting both workers and companies.

See also  Son, vaccinate the missing 200,000 school workers. They will be contacted by the Regions

Also on the table is a reshaping of the deductions

In terms of personal income tax, by the meeting on Monday the Finance Department will have to produce a new series of calculations that, in addition to the rates, also look at a reshaping of the deduction curve. Because today the busy intersection of rates, discounts and bonuses produces jumps in effective tax that go beyond simple nominal rate differences. And that especially disadvantage medium and medium-low incomes, with the effective marginal rates of 45% between 28 thousand and 35 thousand euros (+7 points compared to the previous range) and even 61% (+16 points) between 35 thousand and 40 thousand euros calculated by the Parliamentary Budget Office.

Estimates on the costs of possible interventions

That on the income tax could therefore be a combined review of rates (the second and third) and deductions, with that structural perspective that was espoused yesterday (at least at the Mef table) by all the forces of the majority. Furthermore, the revision of the personal income tax, in its impact on self-employed workers and on the adjustment mechanism, should have a lower cost in 2022 than that which then unfolds from the following year. Therefore, leaving additional margins for other interventions on the tax wedge (for example the abolition of the Cuaf contribution, from 1.7 billion per year).