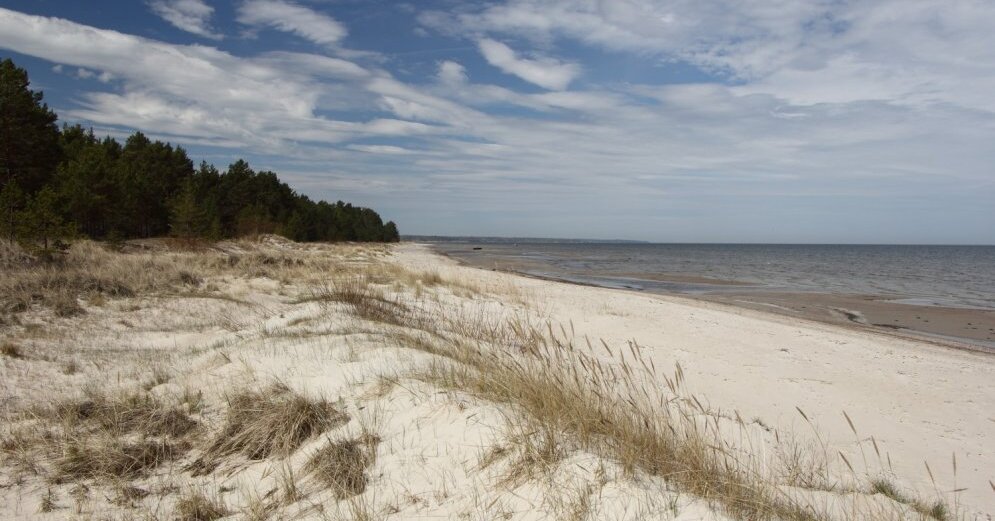 “Over the weekend, I drove through the seaside villages, and the seven-kilometer-long Gaussian Mile has a long line of cars – at least two people in each car, a dump of rubbish and a walk on the dunes.” The reader, who is worried about the permanent consequences that man leaves behind in nature, informed the portal “Delfi” about such a scene.

The number of both local and neighboring neighbors in Latvian recreation places has increased, Edmunds Linde, a representative of JSC Latvijas Valsts meži (LVM), confirmed to the portal Delfi. The “Delfi” portal explains what “footprints” tourists leave and whether the responsible institutions and municipalities manage to erase them.

“These are the main consequences of Covid-19, in my opinion, which is in Latvia in general – nature has a much heavier load, there is more driving here, there are many more places to see. There is rubbish, there are dunes,” the reader, who has often went to Gauss, because there are usually fewer people on the coast.

In turn, LVM told the portal “Delfi” that the increase in the number of holidaymakers this year is also evidenced by the amount of collected waste.

According to Linde, there are no complaints that maintaining order in nature areas is not possible. “We have management agreements for all of our most popular resorts, which means care, maintenance, garbage collection, lawn mowing and other work. Also repairs if any equipment is damaged. We work with our service providers to the extent necessary.” said Linde.

“Many are not leaving this year”

While the reader is concerned about the large crowd that travels to the coast through Gauss for a mile, digging through the dunes and leaving a pile of rubbish, the managers of the area are of a different opinion – Nature Protection Board (DAP).

“Let’s not say that there are many more visitors, but they appear in places where there have been no visitors before. This is because people travel less outside Latvia, they travel more around Latvia. They are more scattered. This was especially noticeable in the spring, when people avoided the most popular nature trails, “DAP representative Agnese Balandiņa told the portal” Delfi “.

According to her, the number of people in Ķemeri National Park on sunny days is slightly higher than in other years, because “there are fewer sunny days suitable for the beach”.

One of the local governments that takes care of order in certain territories of Ķemeri National Park is Engures Regional Council. A large number of visitors has been observed today, but according to Imants Valers, Executive Director of the City Council (elected from the National Association “Everything for Latvia!” – “Fatherland and Freedom / LNNK”), it benefits local entrepreneurs in the catering and tourism industry.

See also  This is how Amr Diab reacted to Fifi Abdo attending his concert on the North Coast.. Video

“This year a lot of people do not leave (abroad – ed.), But go here to the sea to relax, and all parking lots, including cafes are really full. This year the number of people is noticeably larger – both Latvians and Estonians, Lithuanians and tourists from further afield “We come to us, we are in a good situation with Covid 19. In the cafes on Saturdays, Sundays, you really have to book a table in advance, I think it has not been,” Valers estimated.

“In Ķemeri National Park, where there is a pine forest and very protected areas, there were thousands of cars, each of which must have had at least two or three people. This means that an abnormal number of people went through places where there are no footbridges or rubbish bins. strange, if there was not a large amount of waste and dug a dune. Tents should not even be built in these areas, “said the reader about his trip from Lapmežciems to Plieņciems.

Asked about how the municipality handles waste collection, Valers said it was not possible to determine exactly whether the amount had increased due to a lack of proper records. However, it can be seen that the waste bins are full. In this municipality, waste is collected and removed every morning.

“They (containers – ed.) Are full, but to say that they are crowded … I haven’t heard that there is such a problem this year. There is a lot of waste, yes, of course, there is a very large number of visitors, but everything is under control. , everything is being collected, I think there should be no worries, “Baiba Pļaviņa, the head of the Engure parish administration, told the portal” Delfi “.

The DPO, on the other hand, wants to educate the public that small bins are not needed in large numbers. “A waste bin in nature is a waste bin in nature, it is accompanied by animals and birds. They can get hurt, they can eat something they don’t need. So we try not to put such small waste bins in nature at all, but to accustom people to the idea that their waste must be taken to a large, closed container or returned home, “said Balandina.

Already two years ago, the DPO tried to achieve this goal by launching the information campaign “Going in nature, what you brought, take it away!”. Asked if the campaign has helped, she says that “there are places where it stays better, where we have even removed the bins, and the situation remains better. There are places where the situation does not change much, because unfortunately there is still a lot of waste.” However, the DAP representative admits that a polluted beach is still a problem – DAP regularly collects waste there.

The amount of waste cargo has increased

However, dumped waste trucks are a significant problem in remote areas where you can drive. Balandiņa estimates that the locals do it. “I do not believe that anyone from Alūksne will now go to Ķemeri National Park to dump their waste,” she determined.

Compared to last year, the amount of waste thrown into the forest has increased by almost 30%, Linde, the head of forestry planning at LVM, admitted to the portal “Delfi”, noting that people’s carelessness and carelessness, leaving some personal information in the waste, is used and handed over to the police. LVM also places surveillance cameras in places where waste cargo dumping has been observed several times. “There we have a legal framework in which we can do that. There are also precedents that the police do not go with a receipt they have found, but with a photo of the car and the activities. These technologies also help us there,” about how the fight with waste disposal, Linde said.

The executive director of Engure City Council, when asked about the problem, said that often “the person who brings the waste does not think about what he dumps – there is a check, some kind of contract inside, where he has also left his information about himself” .

Asked about the long queues of vehicles and the possible departure of the roadsides, the DAP representative explained to the portal “Delfi”:

According to a Delphi reader, cars in the Slow Mile can only be parked on one side of the road. However, visitors tend to park vehicles on both sides of the road, which, according to Pļaviņa, is also dangerous.

Asked how the Engure municipality behaves in such situations, Valers explained: “Our municipal police, State police take care not to park in unauthorized places. Protocols, warnings shall be drawn up and presented on the spot. We try to work proactively – if people see that there are police on the ground, they are not breaking the rules. “

To the sea only by footbridge

Commenting on Delfi’s concerns about possible damage to the dunes, Linde said that “the places where holidaymakers go down to the sea from the dunes are there year after year. In my opinion, no major, more significant damage to the environment has occurred this year.”

See also  The gladiolus parade has started in the Museum of Nature / Article / LSM.lv

Anthropogenic pressure (effects of human activities) has increased. However, according to Linde, LVM has provided bridges and stairs against damage to the fertile surface of the dunes. “If we see new damage somewhere, we do take remedial action, of course, but so far nothing has been observed,” Linde said.

However, according to the representative of the DAP, local governments also make a significant contribution to the preservation of nature territories. “For example, this year a number of new paid parking lots have appeared in Ragaciems, which is a very welcome initiative – there is a place to park cars. In addition, not in the nature area, when leaving, but in the village area,” she estimated.

During the previous year, the beach was also improved by Engure County Council. Last spring, the municipal website reported: “Benches, changing rooms, rubbish bins, bicycle storage, children’s playgrounds, a volleyball court, a pedestrian bridge over the river, a footbridge, a viewing platform will be placed on the beach. A toilet building will be placed at the entrance to the beach.” Pļaviņa confirmed to the portal “Delfi” – the project has been implemented.

Jaunķemeri beach, which is located in Ķemeri National Park, is managed by Jūrmala municipality. Ieva Gulbe, the deputy head of its Urban Management and Improvement Department, told the Delfi portal: “The beach is managed regularly, the beach is cleaned every day until 8 am, and waste is collected in some areas during the day.” She also explained that this year the number of people on the beach is much higher than last year, so there is more waste, but she also says – there is no cause for concern.

“I would say there are no fewer people, but, according to our observations, the situation with the organization of flows is getting better and quite a lot is being done,” said DAP representative Balandina.