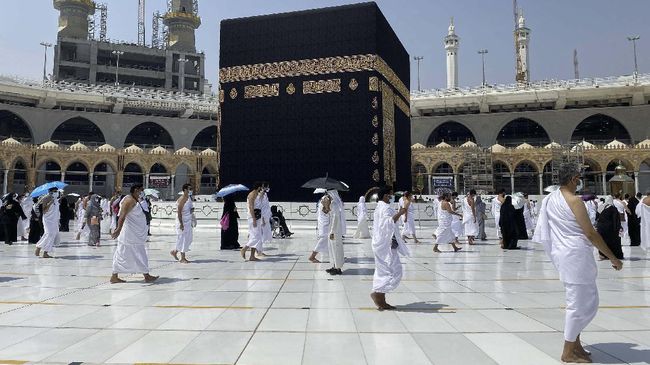 The Consul General of the Republic of Indonesia in Jeddah, Eko Hartono, revealed the details of the quarantine rules for the congregation Umrah from Saudi Arabia originating from Indonesia.

“The quarantine has been at a Saudi-appointed hotel. That’s for those who come and have not met the conditions, including those who are positive when they arrive,” Eko told CNNIndinesia.com, Monday (11/10).

According to him, the duration of quarantine is up to 5 days. For quarantine, so far only those who have not met the requirements for vaccines.

“Hopefully there will be no need to go via a third country. God willing, after an agreement, the suspension (delay) will be lifted so that the congregation can go directly (to Saudi),” he continued.

Previously, Indonesian pilgrims who wanted to perform Umrah had to go through quarantine in a third country. However, for Umrah this time it is still being negotiated.

Eko also conveyed that the most important technical aspect that must be discussed between Indonesia and Saudi Arabia regarding Umrah is how the vaccine certificate is read by the country’s officials.

“For this reason, we discussed the integration of the PeduliLindung application with a similar application in Saudi, namely Tawakalna,” said Eko.

So far, said Eko, the PeduliLindung application cannot be read in Saudi Arabia.

“Without the link it is difficult for pilgrims to be able to perform Umrah.”

If the agreement is reached, flights to Saudi Arabia that must pass to a third country may also be invalidated.

“God willing, the direct flight ban will also be lifted. Moreover, we are getting more control over Covid,” said Eko.