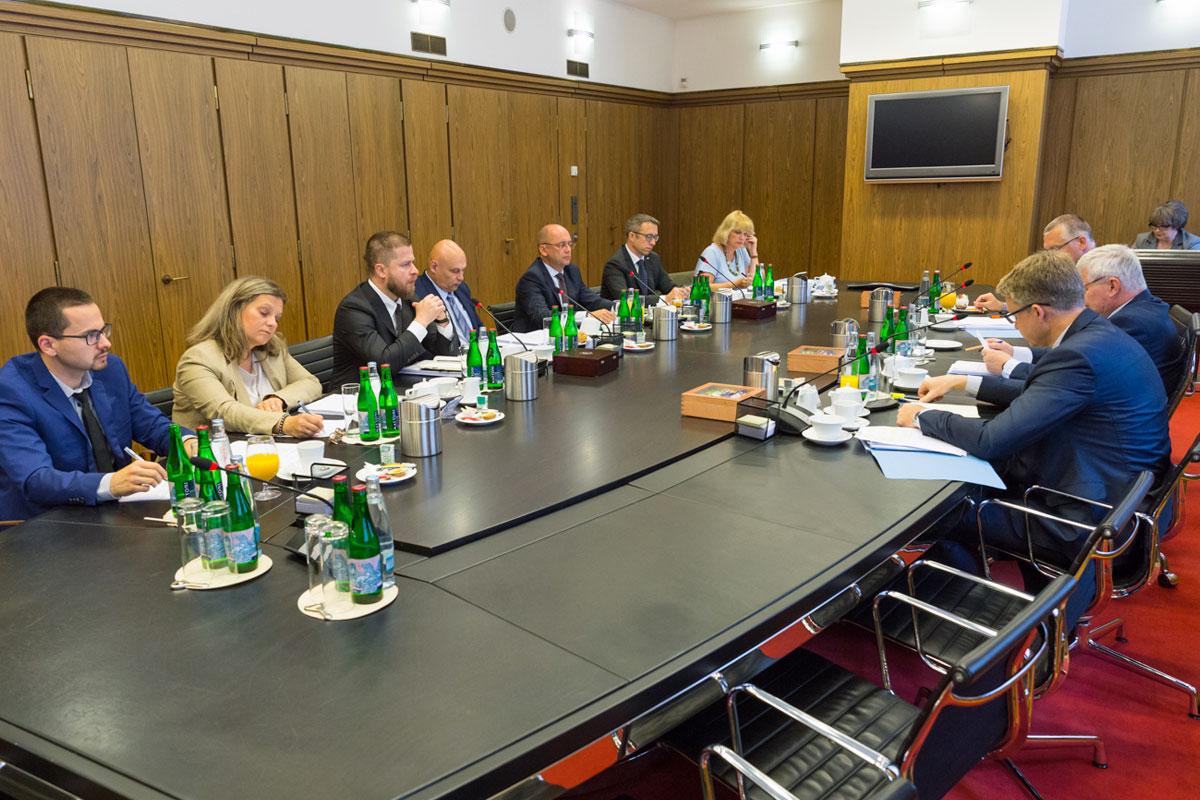 The Central Bank (CNB) has twice decided to take action for 20 years. It raised rates by more than a quarter of a percentage point in a single meeting. And to make matters worse, she added that the tightening of monetary policy is not over.

After seven years (the last time this happened at the beginning of interventions), the CNB is once again at the forefront of tabloids.

And even if they are reluctantly or will be borne by real estate agents (cheaper apartments), government politicians (debt financing will become more expensive) or insit macroeconomists from internet discussions (“the CNB will destroy the economy”), I believe that the CNB is doing the best it can do for the Czech economy.

Even in the conditions of the Czech Republic – and much more so in the Western world – price stability has long been considered a natural and unchanging state of affairs. You must be over 50 in the US and at least 40 in our country to be able to remember the period when inflation was filling the front pages of the local press.

This “immutability” is built on the basis that central banks once sent inflation into eternal exile, which is unfortunately a mistake.

It was not the central banks, but only the coincidence of historical coincidences that ensured unprecedented price stability for one generation of the Western world.

Globalization, the Internet, the disintegration of trade unions or the precariousness of labor (for example, the rise of the “custom” (gig) economy in the last decade) have created structural pressure that has kept inflation under wraps. Even in a situation where the negative effects of these trends, especially globalization, on entire sections of the population have been “addressed” by governments by growing public (in Europe) or private (in the US) debt.

And even as this indebtedness began to hit its limits (Maastricht, Greece), there was no clearing: central banks rushed to the aid of governments.

Interpreting the taming of inflation in the 1990s as their success and the belief in their central bank capabilities, they got the impression that inflation was forever dead. They have materialized the idea that they can circumvent years of economic law and lunches are free. And that losses and volatility no longer belong in economic life.

The last straw was / is absolutely unprecedented help after the pandemic – however, double-digit annual public deficits and a spurt in the growth rate of the money supply did not excite anyone.

Over the past 15 years, people, politicians and markets have become accustomed to the monetary policy opium of cheap rates and have not noticed that its pandemic dose is already too large.

For years, central banks monetized the debt of their governments and reduced the cost of financing for companies and people, with the result that no one naturally felt any pressure to act responsibly or even to save. And he had no reason to start a pandemic.

But economic laws apply. The endless tensioning of the string has brought about inflation, the real cause of which is demand. We may pretend that the supply side or the broken supply chain is to blamebut this is not the case.

The fact that carmakers do not get simple chips is not the result of broken chains. This is due to the fact that the semiconductor manufacturer prefers to allocate its limited capacity to meet the high demand for its own higher-margin products, rather than to produce chips for a few dollars.

The fact that transport capacities are occupied does not reflect the greed of carriers or closed ports, but the high demand for containers and goods in them and the lack of staff. Rising commodity prices have less to do with the Green Deal and more with fears that inflation will stick its head out of its alleged grave for decades. And also with the belief that commodities are the way to protect themselves from it.

No, the Chinese aren’t really lagging behind and closing the factory because of the covid – capacity utilization is now even higher than before the pandemic. And even though some members of the CNB’s Bank Board and many politicians are trying to reassure us that we cannot blame for inflation and that this is a problem everywhere, this is not exactly the case:

Inflation is either there or not

But even if these were all one-off factors that disappear once (when?), The accumulation of many one-off factors in an environment of long-term zero or negative real rates, huge deficits and more or less tense labor markets threatens to loosen inflation expectations.

People don’t care if inflation is caused by this or that factor – they only perceive that it is.

In the early 1970s, spending on the Vietnam War and President Johnson’s Great Society program created a mushroom on which inflation rose due to the devaluation of the dollar in 1973 and oil shocks.

Similarly, spending on permanent “aid” to economies after the Great Depression, covered by central bank money, has created a mushroom where inflationary pressures are now rising due to pandemics, international trade stalemates and governments that have lost any fiscal moderation.

MORE ON THE TOPIC:

The CNB is pulling the emergency brake with all its might. Rates fly unexpectedly high

Applause for the central bank for courage. We won’t like it

Inflation as a piece of a complex central bank kit

Although the CNB did not avoid a very loose policy either, errors a experiments with negative effects (for example in the form of an ever-weakening monetary policy exchange rate channel), he is thankfully aware of all of the above.

Our central bankers know that the fact that the Czech economy passed relatively smoothly through the transition of the 1990s was due to the fact that it took place in an inflation-benign period. That price stability is like health – as long as you have it, you overlook it. He begins to realize its value only in a situation when health is lacking. And that lost health is badly regained.

The Czech National Bank knows that the Czech economy is in a state where it has helped to bring about an inflationary illness through excessive activity and supportive means.

In a situation of overheated organisms (labor market) and risky patient behavior (structural deficit at 5-6 percent of potential GDP, the new government, which obviously does not realize the hole in the Czech budget), the consortium of price health guards has no choice. The patient should be prescribed bitter medication and bed rest. It’s good for three reasons.