Political murders committed by Ortega paramilitaries must not go unpunished 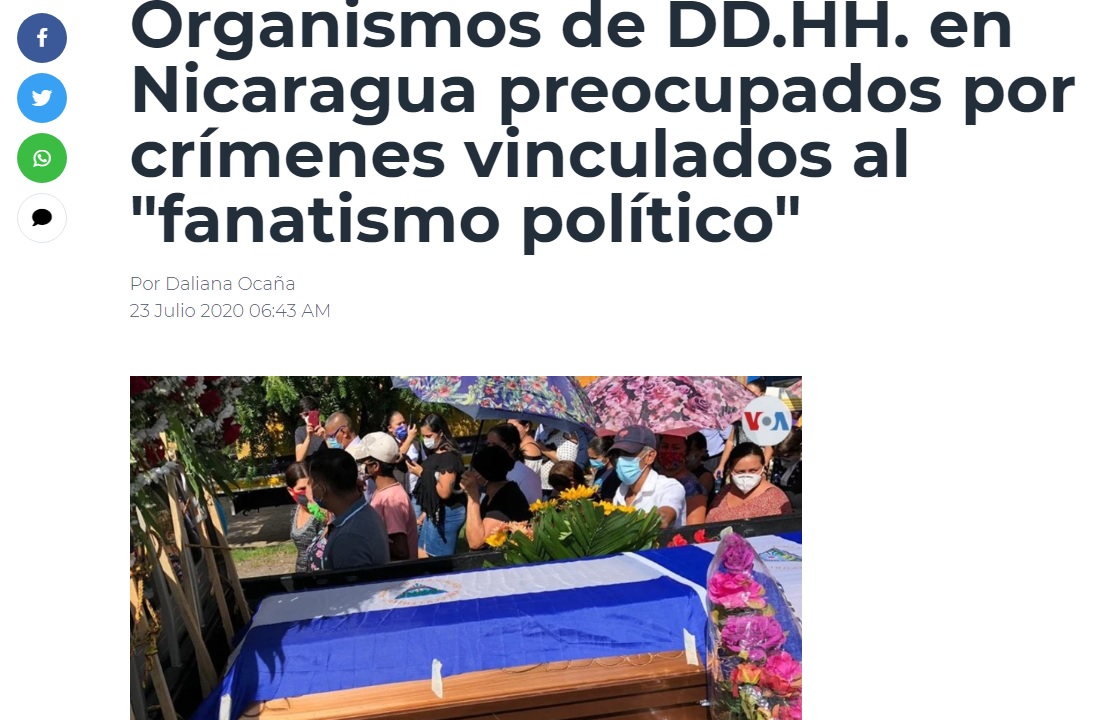 The president of the Nicaraguan Center for Human Rights, Vilma Nuñez, expressed her concern to the Voice of America about the increase in violence in the country caused by hatred and political fanaticism, which she says is promoted by the government party.

His reaction came after the most recent event that exemplifies the complaint and is the murder of the political opponent, Jorge Rugama Rizo, who was shot dead by a Sandinista sympathizer identified as Abner Onell Pineda, in the middle of an official caravan that he celebrated the Triumph of the Sandinista Popular Revolution, after shouting “Long live free Nicaragua.”

The human rights defender said that the tragic event, which has caused a commotion in the country, is based on hate speech, which she says is promoted by the presidential couple.

“It was completely irrational, a visceral reaction product of hatred that has been promoted in speeches in favor of the vice president and Daniel Ortega himself against the Nicaraguan population and that has permeated the minds, hearts and souls of his supporters “Núñez said.

For her part, the mother of the young man murdered on July 19, Luisa Rizo Laguna, assured that her son was a known critic of the government of President Ortega.

“My son was not from their party. My son was liberal. I wanted to grab my son and take him inside but I couldn’t, when I turned around the man put the bullet on him. They are themselves,” he said.

The mother assures that the father of her son died in 1979 in the context of the Sandinista Revolution, which last Sunday turned 41 years old. And another of his sons, the victim’s brother, died during the 1980 war between the Sandinistas and the contras. Because of these losses, he says, his son did not sympathize with the Sandinista Front.

Doña Luisa Rizo, mother of the murdered activist, during the candlelight.

Doña Luisa assured that the police came to her house to testify to the events, although she distrusts the country’s authorities, since the same justice system is aligned with the government party to which the alleged perpetrator of the crime belongs.

Meanwhile, the Inter-American Commission on Human Rights (IACHR) reported that it received information on the crime from Jorge Luis Rugama Rizo and urged the State to “investigate the facts in a timely, exhaustive and impartial manner and determine responsibilities for this crime.”

The president of the Nicaraguan Center for Human Rights, who has accompanied the relatives, stressed that these actions are the consequence of the ideologies instilled in “extremely fanatical supporters of the ruling party, which represents a risk for the general population and those who have a position known as opponents of the regime. “

However, the official version offered by the National Police omits that the events have a political background and assures that the crime occurred after a heated discussion between the two people.

Alejandro Ruíz, head of the Police in Estelí, department where the events occurred, told official media that “witnesses were interviewed and police investigators captured Abner Onell Pineda, who argued with the victim Jorge Rugama Rizo and deprived him of his life.”

The police version assures that the officers went to the scene and found Rugama’s body “with injuries caused by the impact of a bullet with firearms, witnesses were interviewed, inspection and photographic fixation of the scene of the event, a percussion cap was seized and blood samples were collected to carry out chemical, ballistic and biological tests “.

Meanwhile, human rights defenders also denounced that while the victim was being buried, the house of one of his relatives was attacked and set on fire, presumably by Sandinista sympathizers.

Since 2018, Nicaragua has experienced a context of crisis that has confronted its citizens between those who oppose the government of President Daniel Ortega and those who defend their permanence in power despite the attacks directed against unarmed civilians by paramilitaries and parapolice in the context of social protests.

In this scenario, human rights defenders maintain that crimes of a political nature continue to be committed in the country.

They burned the house of a murdered opponent in La Trinidad, Estelí … 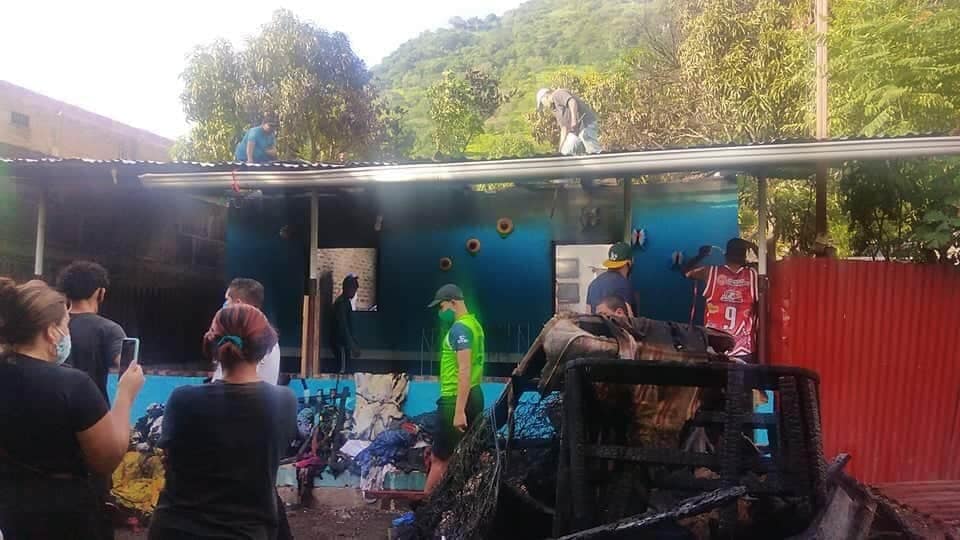 Fire in the home of an opponent killed yesterday in #LaTrinidad, Estelí.

This is how the home of the relatives of the 44-year-old opposition member Jorge Luis Rugama Rizo was left, who last night was deprived of life in front of his home, after being shot by a Sandinista sympathizer.