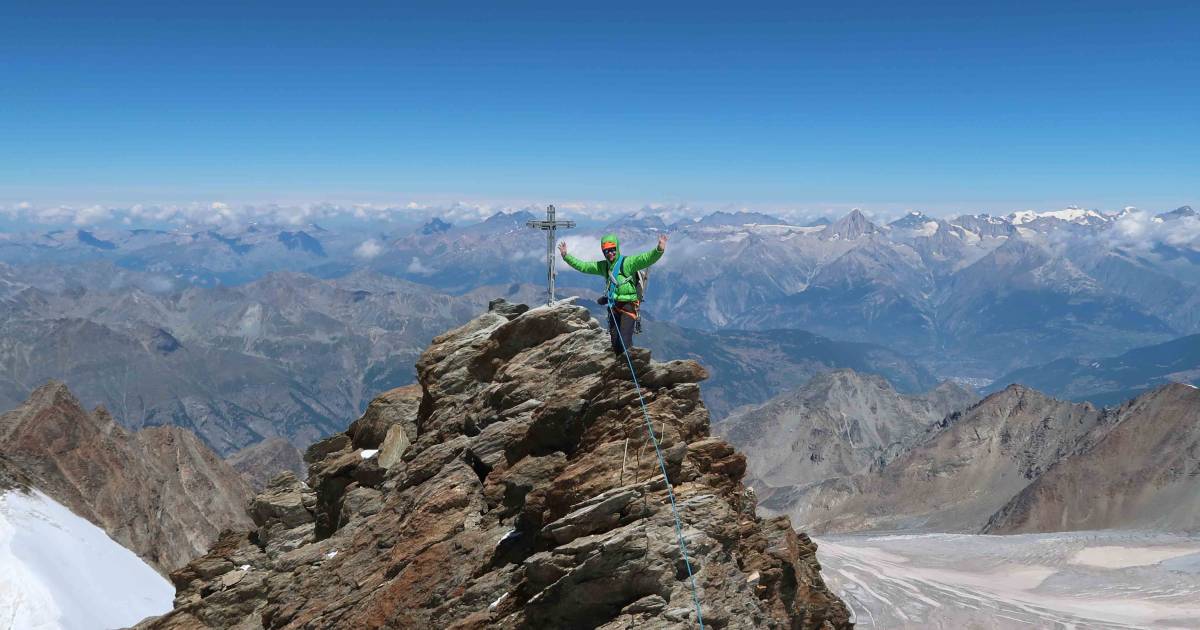 sixth deadA Dutch mountaineer was killed in the Swiss Alps on Monday night, the Swiss police confirmed. It concerns 64-year-old Roland Knowam, one of the most experienced all-round climbers in the Netherlands, reports the Royal Dutch Climbing and Mountain Sports Association (NKBV).

Knownam slipped while trying to climb the 4491 meter high Täschhorn. It is not clear what caused that to happen. It is already the sixth Dutchman in a short time who falls and dies in a mountainous area. The NKBV attributes this in most cases to poor condition and inexperience.

This was by no means the case with Kennisam. In recent decades, the Limburger has done numerous alpine ascents, alpine rock climbing routes and sport climbing routes. He started his mountaineering career as an alpinist and made many impressive climbs in Europe.

He also went on several expeditions, including to Pakistan (Ogre, Trango Tower), Baffin Island, Nepal and Greenland. Knownam was, according to the NKBV, a ‘mentally and physically strong climber who mastered all disciplines of the sport’. At the age of fifty Roland climbed his first 8a in Freyr.

Knownam has meant a lot to the organization according to the NKBV. For example, he has been active as a member of the editorial board of the Berggids and as chairman of the Committee for Expeditions and Alpine Topsport.

Little is known about the fatal drama in the Alps. It is clear, however, that Kennisam, born in Maastricht, spent the night on Monday with a climbing partner in a hut near the Swiss village of Täsch. The two left the cabin around 3:15 am to continue their climb. At an altitude of 3910 meters, Kennisam slipped and fell into the side of the mountain.

The victim’s friend was unharmed, but saw the drama unfold. Police said they were not tied to each other. The doctor who came to the scene after the fall could only confirm the death of the Dutchman. The Swiss Public Prosecution Service has launched an investigation, the police confirm.

The Täschhorn, the eighth mountain in the Alps in height, is by far the least climbed mountain in the Mischabel range according to mountaineers. Alpinists are therefore regularly all alone on the mountain, or with a small number of other groups.

The Royal Dutch Climbing and Mountaineering Association (NKBV) has seen more accidents among Dutch hikers in the European mountains this summer than in previous years. Died Monday in Tyrol, Austria a 50-year-old Dutchman after falling 80 meters from a mountain. A 41-year-old Dutchman died a few days earlier as a result of a fall during a mountain hike in Switzerland.

A Dutch couple died on Saturday while hiking in a rocky area in the French region of Ardèche. The woman (66) is said to have become unwell from the heat and had a brain haemorrhage. Her husband (72) wanted to get help, but fell and went into cardiac arrest.

‘Due to reduced concentration, a mistake is made in no time’

A third of the fatal accidents in the mountains happen to seniors, according to NKBV director Robin Baks. “These are often people with cardiovascular disease, who are in a worse condition. On top of a mountain there is less oxygen due to the height and it is often warmer, which can make people unwell. All these circumstances also lead to a reduced concentration, so that a misstep is easily made.”

The number of fatal accidents among the younger hikers has so far been limited, but they need to be rescued more often, Baks says. ,,They go up without the right equipment or underestimate the duration of the climb. Young people also get lost more often or are attacked by the weather. On hot days, the weather in the mountains can just turn into thunderstorms.”

Earlier this week we spoke with the director of the Royal Dutch Climbing and Mountaineering Association about the risks of hiking in the mountains: