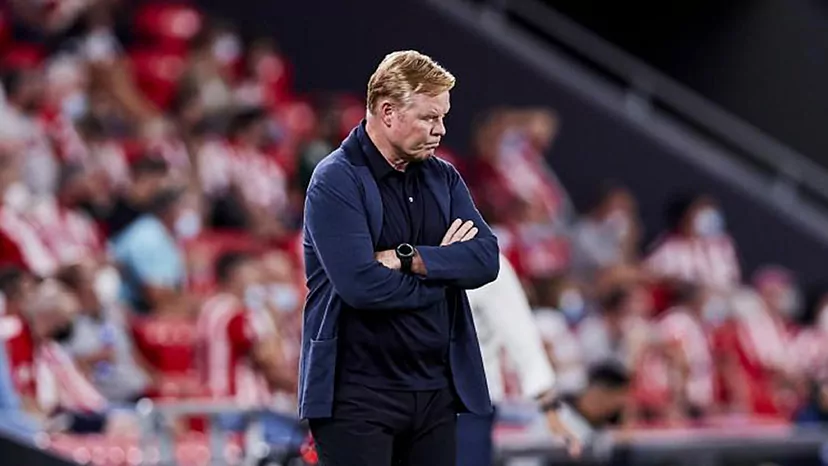 Dutch coach Ronald Koeman was suspended for two matches, on Friday, for being expelled in his team’s match against its host Cadiz (zero-zero) on Thursday evening, at the end of the sixth stage of the Spanish Football League.

The Competition Commission, the disciplinary body of the Spanish Football Federation, imposed the lowest possible penalty for the protest, following the referee’s report.

The Catalan coach was sent off in the last minute of the match after protesting the presence of a second ball on the field.

Koeman, who is facing great pressure due to the disappointing results of his team and the modest performance of his players, will miss the two matches of Barcelona against its guest Levante on Sunday in the seventh stage, and its host Atletico Madrid, the defending champion, on the second of next October in the eighth stage.