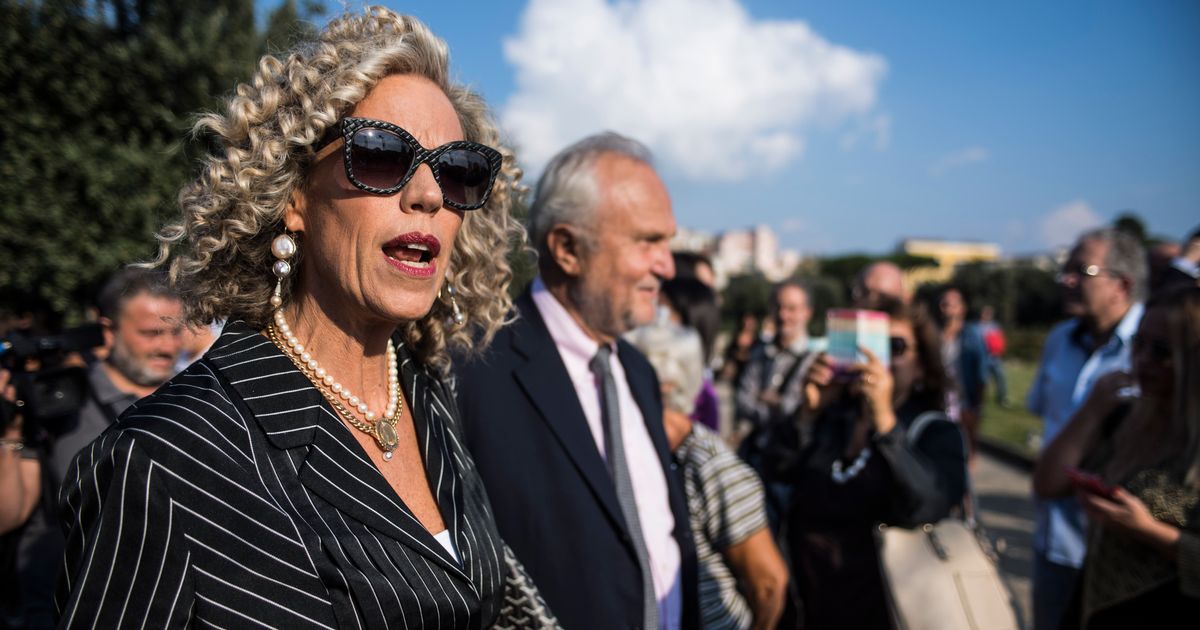 09/24/2016 San Giorgio a Cremano (NA), celebration of the civil union between the Mayor of the city and his partner. In the photo Monica CirinnÃ and Esterino Montino

What does Paolo Mieli have to do with the 24 thousand euros found in the dog’s kennel and promptly reported by the wonderful Montino-Cirinnà couple? What does Afghanistan have to do with Capalbio, McCurry’s women seduced by the West and abandoned, with the former little Athens of magnificent and progressive destinies? Those who have the patience to read this umpteenth piece on the yellow of summer will also have to bear the premise: today is world dog day.

Indeed, the #GiornataMagnolaDelCane as required by the social syntax, social that between a gate and another, after the geopolitical analyzes on Panshir, the suggestions on an exit strategy ordered by Kabul, in short, a little bored, have smelled the bone and they threw themselves into the fray and tore the two to pieces.

A deluge of pungent satire – the usual excellent Osho above all – but also insults from right to left radical chic, a bit tired indeed, answers from the left (at least they denounced, and Salvini? His 49 million?), Attacks from ultracattolici for which the Cirinnà is a law rather than a person and above all it is the equivalent of the red cloth for the bull. In short, if the social beast has done its duty then there are the real beasts. Starting with the missing dog, the one in whose place the 24 thousand euros were found. The loot in “worn” cuts of 500 quickly reported to the carabinieri. Vestiges of an ancient drug trade? Trap? Blackmail attempt? Concealment of funds that are not exactly clean? The hypotheses are the most amazing. However, the two denounce and the affair, in a normal country, should end there.

Of course, the biographies – political and otherwise – of the two have complicated things a bit, the love story between the wild boar hunter and the convinced animalist seems to be “meow meow, bau bau” reasonably invites satire. The fuitina between the carnivore and the vegetarian soon rises to a universal metaphor for the attraction between opposites. The ancient battles of Cirinnà itself fade into myth: to say the liberation of the Ercolina cow from the Torrimpietra breeders who exploit it for the milk protest, the fierce fight against the demonstrators who had brought with them the donkeys of Arcore, the sterilization of the famous stray cats of the capital (practically disappeared since then). Then there is the sacrosanct municipal kennel which becomes an opportunity to meet Esterino.

In short, there is too much meat on the fire. A proliferation of signs that make the story the third episode of “Like a cat on the ring road”, a clash of civilizations between Capalbio and the Roman banlieue, of which the real sequel, presented by Montino in Coccia di Morto, is coming out these days. , as mayor of Fiumicino. An excess of signs that would have distracted anyone and cheered the end of the bathing season.

The whole beach talks about it, because it is easy to talk about the mysteries of the Capalbio bio-farm after debating green passes, vaccines and the Taliban between a beer and a mojito. All so on the same level, with no sense of proportion, that Esterino’s indictment letter – “go do some good,” he said – has the breath of a Dreyfus or the breath of a civil rights activist from Kabul. Of whose fate, Paolo Mieli recalls today in the Corriere, no one said anything just a few months ago. When a G7 in Cornwall calmly decreed its abandonment, treating it as the 57th dossier out of 70. Today the hunt for Biden, then all distracted, in shelter, in some global kennel.