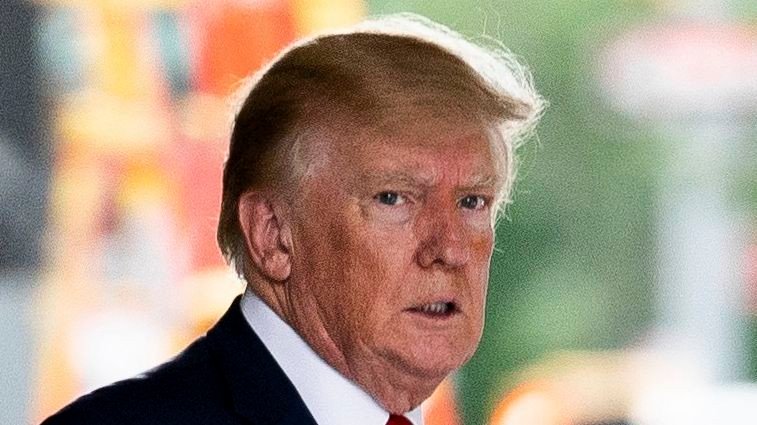 NEW YORK (Nettavisen): After the FBI raided Donald Trump’s home Mar-a-Lago in Florida, there has been speculation as to whether the FBI had a person inside the Trump organization, a so-called informant or mole.

Sources have informed both The Wall Street Journal and Newsweek that someone told the FBI what documents Donald Trump was holding and where to look to seize them.

– Who got two billion dollars?

One of those who are now speculating as to who this informant might be, is Donald Trump’s niece, Mary Trump.

Mary Trump is a strong critic of her uncle, and tells in a radio interview on «The Dean Obeidallah Show» who she thinks it might be.

– We have to start with who has access to this type of material. I don’t think Mark Meadows had access to this, says Mary Trump, referring to Donald Trump’s former chief of staff.

– I think we need to look closely at why Jared got two billion dollars, says Mary Trump.

She refers with this to an investment of two billion dollars that was made in Jared Kutcher’s private company by a fund run by the crown prince of Saudi Arabia, Mohammed bin Salman, writes Insider.

– We have to look carefully at why he has been so quiet for many months now, says Mary Trump.

Also read: Cannon win for Trump: – Sweep them off the field

– And then we also have to think about who can also get involved in this and who will need this something as big as the naming of Donald Trump in order to get out of the problems themselves, or at least reduce the problems they are dealing with, says she continues:

– And it sounds like someone who is in Jared’s situation. I’m not saying it’s Jared, but it could be him, says Mary Trump.

Here you can see parts of the interview where she points towards Jared Kushner, who is married to Donald Trump’s daughter, Ivanka Trump.

Another person who has also speculated that the informant could be Trump’s son-in-law is Donald Trump’s former lawyer, Michael Cohen, who has also publicly criticized Donald Trump on several occasions in the past.

Publishes the photos Donald Trump claims did not exist

– There is definitely someone in his inner circle and I will not be surprised if it is found out that it is Jared or one of Trump’s children, Cohen tells Insider.

– Who else would know that a safe existed and specifically what was inside, says Cohen.

Trump: – Someone who “planted” something?

Donald Trump, for his part, claims that he is once again the victim of a witch hunt. Trump claims that the documents that were seized were all declassified, and that he would have handed them over to the Department of Justice if they had asked for it.

On Sunday, he lashes out at the FBI for the way they carried out the raid.

– The whole world watched as the FBI rummaged through the house, including the former first lady’s closet (and clothes!), alone and unmarked. They even demanded that all security cameras be turned off (we refused), but it was impossible to know if any of what they were taking was legal, or was someone “planting” something? This was, after all, the FBI! writes Trump on his media platform Truth Social on Sunday.

Trump also writes that he demands documents back from the FBI that he claims they did not have permission to take:

Trump writes in another message on Sunday that the FBI has a long history of corruption and writes at the same time that it has now only gotten worse.

On Saturday, armed Trump supporters also gathered outside the FBI office in Phoenix to protest the raid. This was according to Insider a legal demonstration that proceeded peacefully.