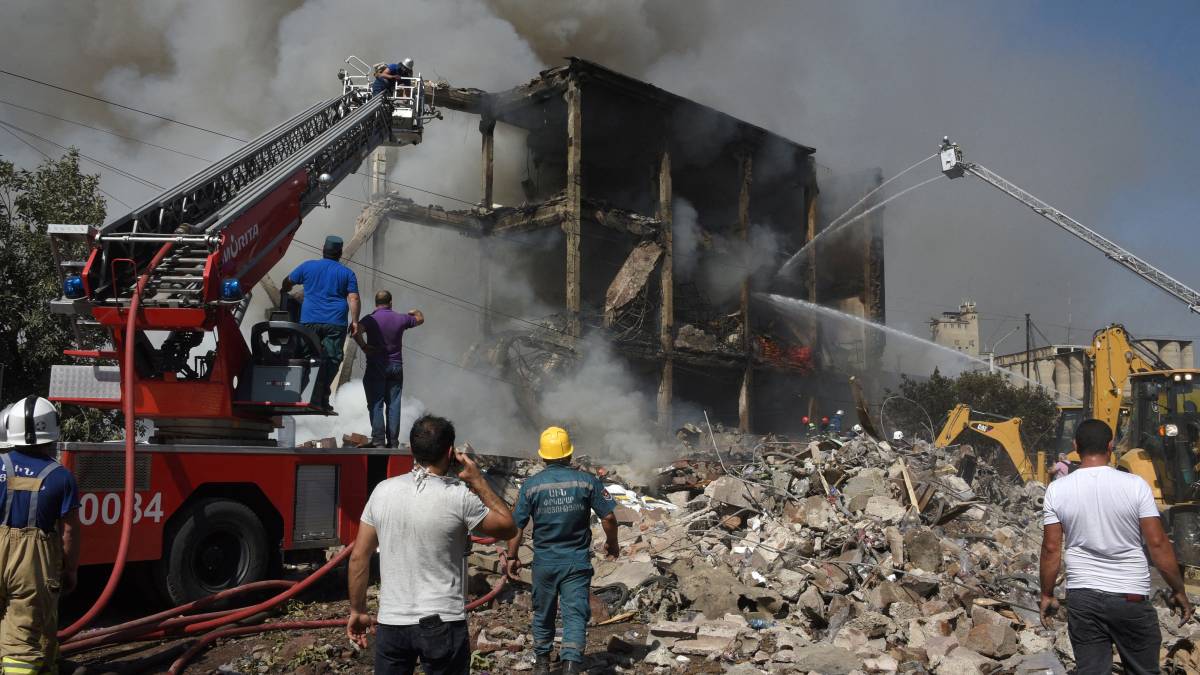 Fireworks storage near a shopping center has exploded in Armenia’s capital. Dozens of injured people have been hospitalized, according to local media. Certainly one person has died.

An unknown number of bystanders were buried in debris as a result of the series of fireworks explosions. Yerevan firefighters are searching for survivors and have rescued about ten people from the rubble.

After heavy bangs, bystanders were swallowed by a thick cloud of smoke, as can be seen in this video:

‘Everything exploded within a second’

According to Armenian media, the explosion was the result of a fire in the building where fireworks were stored. The cause of that fire is still under investigation. The owner of the property had just been fined a few days ago because the security was not in order, the local authorities report on Facebook. They don’t say what exactly was wrong.

News sites report that twenty minor injuries have been released from the hospital. A five-year-old child was treated in intensive care and then transferred to a nursing ward.

The fire brigade is trying to extinguish the fire in the shopping center in four places. The building in which the fireworks were stored appears to have been completely destroyed.