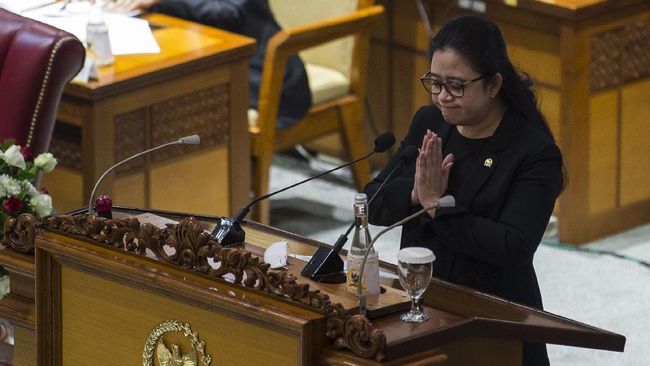 The chairman of the DPR RI, Puan Maharani, admitted that he had received a presidential letter (Surpres) regarding the Draft Law on the State Capital (RUU IKN) from the government. He conveyed this with the Minister of State Secretary Pratikno and the Head of Bappenas Soeharso Monoarfa in the DPR.

“On this occasion, we, the leadership of the DPR, received the Minister of State Secretary and Head of Bappenas who brought Suppres from the government regarding the national capital,” said Puan at the MPR/DPR Complex, Senayan, Jakarta on Wednesday (29/9).

Puan claims that the DPR is in line with the government’s idea of ​​moving the State Capital. He considered that it was reasonable to move the capital city because many countries had already done that.

Puan also mentioned that the first President of the Republic of Indonesia, Sukarno, had plans to move the State Capital to a better place.

“We hope that from the government in planning for the transfer of the IKN, the government should be able to disseminate information to the public about the economic, social and government effectiveness aspects and socialize the stages and financing,” said Puan.

Seeing this, Puan emphasized that the DPR will pay attention to and consider the aspirations of the community regarding this plan. In the future, the IKN Bill must be complemented by comprehensive legislative derivatives.

Not only that, Puan said the IKN Bill must clearly regulate who will manage and lead the new National Capital.

“Then what steps have been taken by the Government regarding state property. Because BMN has thousands of trillions of assets, it must be able to function and be useful for positive things,” said Puan.

See also  You receive the treatment of celebrities and the rich..this is how pets travel on private planes

President Jokowi has launched the construction of the new state capital in Penajam Paser Utara, East Kalimantan at the end of his first term of leadership in 2019.

Presidential Spokesperson for President Jokowi, Fadjroel Rachman, had revealed that the construction of the new state capital would cost Rp 500 trillion. In addition, this project is predicted to absorb around 100 thousand workers at the beginning of construction.

The government ensures that the new National Capital will continue even in the midst of the corona virus pandemic.

Penajam Paser Utara is expected to be ready to assume the status of the nation’s capital in 2024. Fadjroel said that the Independence Day ceremony in 2024 will be held at that location.