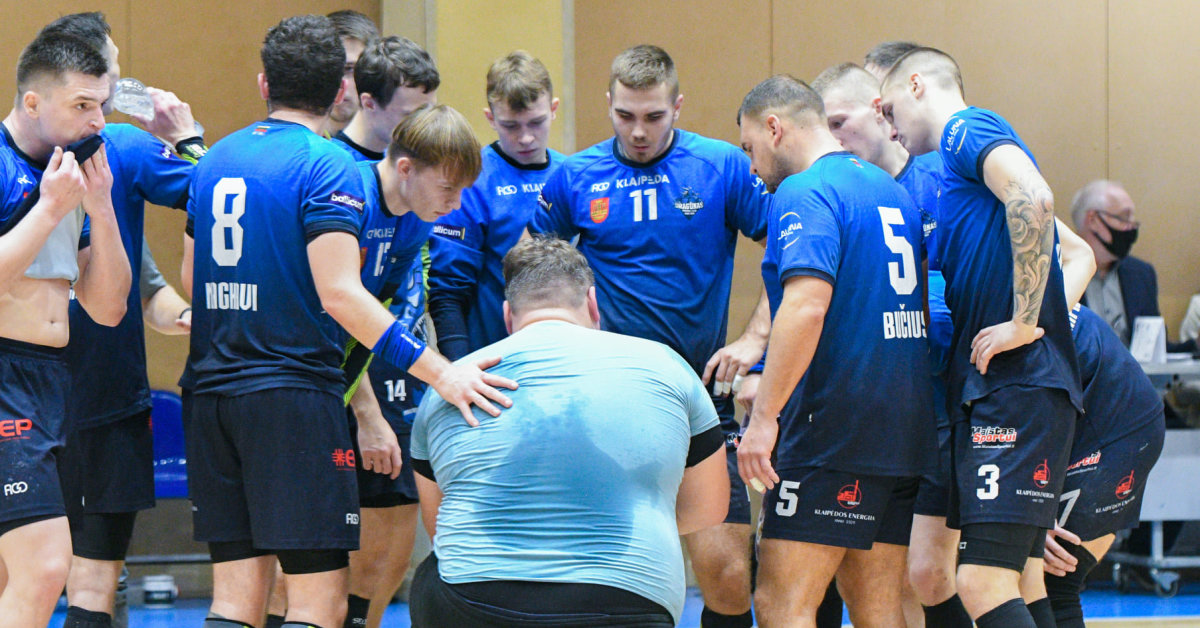 Klaipėda’s “Dragūnas” got in great shape and successfully hunted for points last week.

On Saturday, Klaipėda residents met with the handlers of Ugre HC Ogre. The players of Gintaras Cibulskis ran away from the rivals in the first half of the match and after 30 minutes they had a solid advantage of 9 goals – 20:11. Although it was a little easier for the opponents to choose their goals after the break, the port city club did not allow the intrigue to return. Dragūnas won by 12 goals – 41:29. Tomas Drakšas, who scored 7 goals, contributed the most, Laurynas Simonavičius and Benas Butkus scored 5. Aleksejus Haisa scored 9 goals for Ugrė’s team.

Success accompanied the Klaipeda team on Sunday, when they had to visit Ludza. Dragūnas, who showed a great attack again, started to take the lead in the first half and met 13: 8 in the first half. During the rest of the quarter, Klaipėda residents widened the gap by 25:15. In the second half of the match, the guests maintained a high pace and although they did not achieve half a hundred goals, they recorded the most productive performance of the season and won the match 48:34. Before that, Pelva’s “Serviti” handlers won the match with Ludza’s team 47:27. Tomas Drakšas scored 8 goals for Klaipėda club and Mykolas Lapiniauskas for 7. Guntaras Lipskis scored 8 goals for the opponents.

These two victories significantly improved the positions of Klaipeda residents in the standings. Dragūnas has currently played 10 matches and is in third place in the Baltic League with 14 points.

Far from everything turned out so easily for the Vilnius VHC Šviesos club, which received Raasiku / Mistra handball players at home.

In the first half, none of the teams managed to form at least a slightly more tangible advantage, but after 30 minutes the Vilnius team had a two-goal advantage – 16:14. After the break, the difference jumped to five goals (24:19), but soon the result was equal to 25:25. In the decisive section of the match, Vilnius were still more accurate and two goals of Skirmantas Plėtai and one goal of Eimantas Sinkevičius allowed the hosts to win – 32:31. S.Plėta was the most productive among the winners – he scored 10 goals, Šarūnas Ugianskis added 6. Vladislav Naumenko scored as many as 13 goals for his opponents.

After this victory, the Vilnius team shares 4–5 places with Dobele “Tenax” club with 13 points.

Another team of the Lithuanian capital – HC “Vilnius” – also scored very important points in the savings bank. Vilnius residents who played at home met with the same Raasiku / Mistra club, and everything went according to a similar scenario.

The teams scored the goal in the first half, but the hosts, who played more successfully in the last half, took the lead – 15:14. After the break, the advantage of “Vilniaus” increased to 3 goals (24:21), but the Estonians equalized the result 2 minutes before playing – 30:30. Vaidas Drevinskas took the hosts forward (31:30), but Aleksandras Keskkula equalized the result – 31:31. Mindaugas Urbonas scored the decisive goal from the 7-meter mark and Vilnius won with the same result as Šviesa – 32:31. Urbonas scored 10 goals for the winners, Marynas Žala and Martynas Lapinskas scored 7. Enrico Anton scored 7 goals for the losers.

These 2 points allowed the Vilnius residents of the capital to rise a bit in the tournament table – they now have 10 points and share 6-7 places with Kaunas Granito-Kario Club.