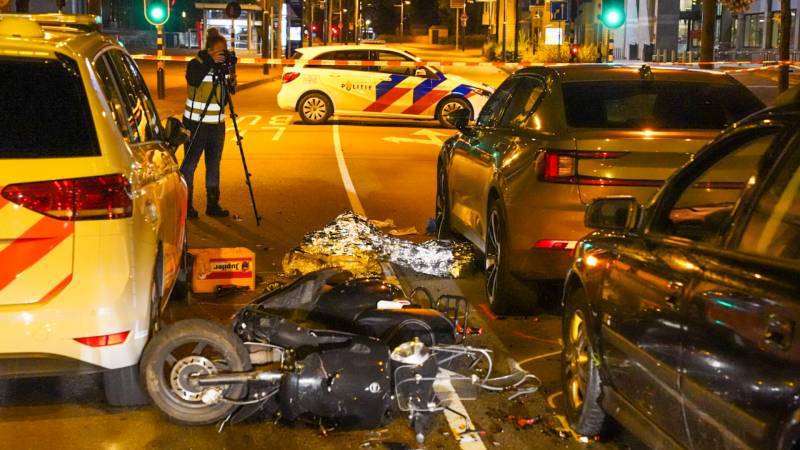 A scooter rider and a passenger were injured last night in a collision with a police car in Eindhoven. A police spokesman said the driver of the police car, a dog handler, was on his way to a fight around midnight.

“Up to the time of the accident, the car was driving with a siren and flashing light, but because the officer was almost at the destination, they were turned off,” said the spokesman. “Then the car collided with the scooter.”

A witness tells Broadcasting Brabant that at that time quite a few cars were waiting at a traffic light. The dog handler wanted to pass that row on the left and then the scooter rider would have been shot between two stationary cars. According to the witness, the dog handler was unable to prevent a collision.

The two people on the scooter were taken to a hospital with unknown injuries. The officer and service dog were unharmed. The Traffic Accident Analysis department of the police is investigating the cause of the accident.