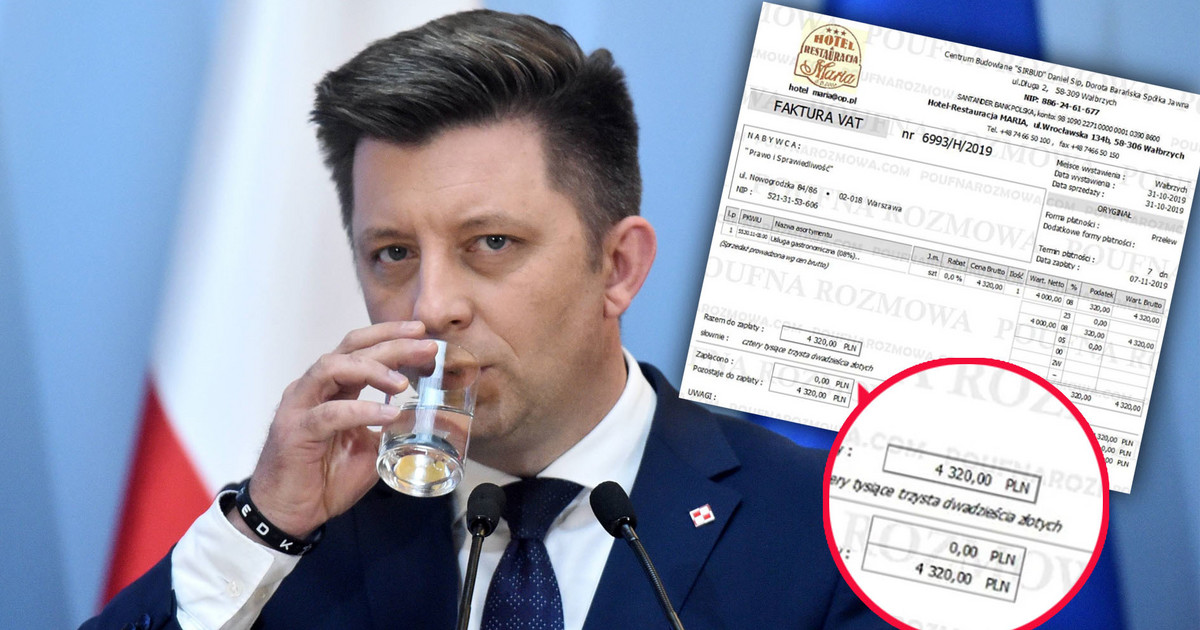 The disclosed invoice was issued to Law and Justice by one of the hotels in Wałbrzych on October 31, 2019. It amounts to PLN 4,320 for the “gastronomic service”. A co-worker in an e-mail Michał Dworczyk gives him a request from the PiS accountants to prepare a “letter” for this invoice.

He paid 30 thousand. PLN for Dworczyk’s campaign. He became the president of a state giant

Dworczyk’s dinner and the octopus from the PO

Opposition politicians compare Dworczyk’s dinner to the famous octopus eaten by representatives of the Civic Platform in the restaurant “Sowa and Friends”. The public learned about it after the eavesdropping scandal broke out in 2014.

In turn, MP Maciej Lasek wonders how many meals for children from orphanages can be financed for one Dworczyk’s dinner.

Michał Dworczyk’s colleagues from PiS referred to the controversial matter. The Lower Silesian activist of this party and MP Marcin Gwóźdź posted photos that are to come from the meeting at the hotel in Wałbrzych.

“Dworczyk’s dinner for 4,300 zlotys. ‘Dinner’, about which representatives of the opposition write so eagerly. Meeting of voters, activists and activists, involved people of the subregion. Organized with voluntary, district contributions. Octopuses were not there” – wrote the politician on Twitter.

There were no drinks at dinner?

In turn, the former head of the CBA, Paweł Wojtunik, points out that the invoice may be incorrectly issued.

“The bill for a lavish dinner by Michał Dworczyk shows that there was no alcohol, carbonated drinks, mineral water, coffee or tea, because the VAT on these products is 23 percent. Well, unless they were and someone lowered it, because the invoice is VAT 8 percent ” – he wrote.

See also  Positive at Covid after the holiday "Only us with the mask in Corfu: we took it off"