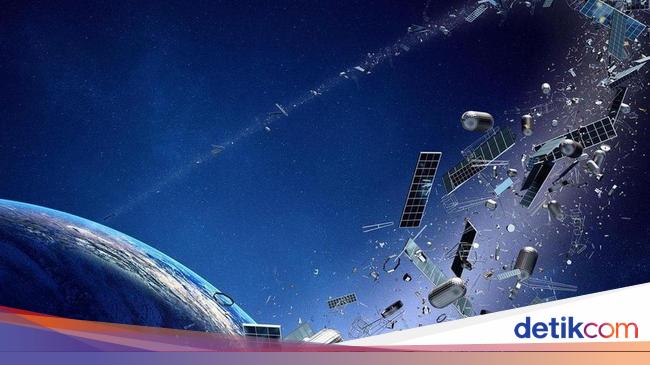 For millions of years, Earth it looks ordinary when compared to neighboring planets such as Saturn which has rings. But scientists predict that could change.

Jake Abbott, a lecturer at the University of Utah, predicts Earth could have rings like Saturn. But if the rings of other planets were made of rock, dust, or ice, the rings on Earth would be made of space junk.

Interestingly, Abbott says he has already formulated a method to make this ring a reality. According to him, by organizing space junk into one big ring will make outer space safer.

Space debris has indeed become an important problem in recent times due to the increasing number of satellites and objects being launched into orbit. Moreover, there are currently many internet satellite projects that will launch a constellation of thousands of satellites into orbit.

More satellites in orbit means more satellites that don’t work and become rubbish. According to European Space Agency data, there are currently 170 million space debris orbiting the Earth, some of which travels at speeds of up to 28,000 km/h.

Space agencies in various countries continue to think of ways to deal with space debris in orbit. Abbott also proposed his own method by using magnets to position space debris into rings.

Abbott and his team claim to have developed a magnetic field that can attract objects in space, including non-magnetic objects. In their experiment, they explained how a copper ball on a plastic raft could move by rotating a magnet very quickly, creating an electric current.

This magnet can not only change the motion of the ball, but also rotate it. They argued that this method could be implemented by launching a robot into space and adjusting its position space junk into a giant ring.