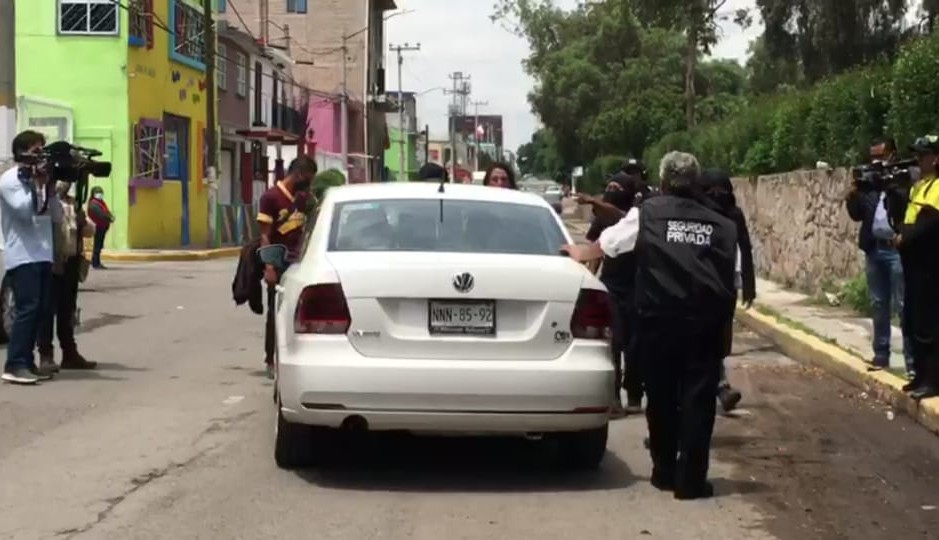 Women who were evicted from the facilities of the Human Rights Commission of the State of Mexico (Codhem) by police officers early today, once again planted themselves in the building to demand the return of their belongings and announced that they will go before the Inter-American Court of Human Rights to denounce the series of attacks and abuses of which they were victims.

The protesters, belonging to the Periferia collective and others, held Codhem personnel for about an hour who came to the site to attend to the situation, including Saúl Francisco León Pazos, general visitor based in Tlalnepantla.

The women followed an official vehicle to the officials, which was parked on Morelos Avenue, where some jaloneos with public servants took place, mainly with a security guard, an elderly adult to prevent their departure, all amid slogans and claims , as well as demands for his resignation.

Finally the visitor and the rest of the officials were able to board the car and leave the place, but the women stayed to demand the full return of their belongings because, they affirmed, that they returned their empty backpacks, without their INE credentials, credit cards even from the Metro, as well as cell phones and work materials, since several of them “They are artisans.”

The protesters assured that the police elements acted maliciously against them and even against children and a man, who was beaten in the jail of the Attorney General’s Office based in Atizapán de Zaragoza, to where they were taken at dawn.

They remarked that for the moment You will go to the Victims Attention Center of the State of Mexico to file a complaint although they maintained that they will go to international bodies, including the Inter-American Court of Human Rights, because the violence to which they were subjected should not go unpunished.

At the time of this shipment, the women remain in front of the facilities of the Codhem Vice Province in Ecatepec, which are guarded by state police officers.