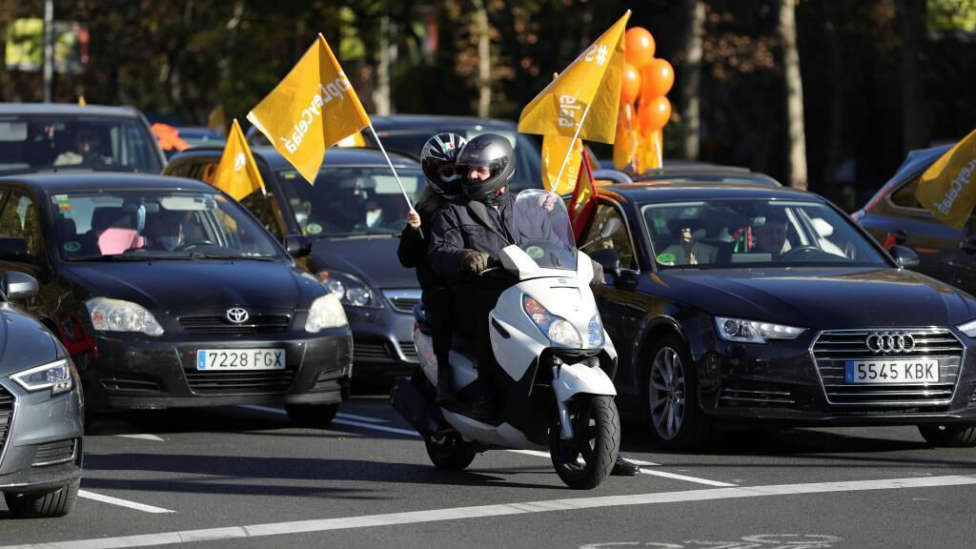 Thousands of cars have collapsed this Sunday in Madrid in a demonstration against the new education law, in a civic act that has been replicated in 30 other Spanish cities. The Executive that presumes to be the Government that listens and attends to the demands of the people has carried out, with the support of its radical partners, the educational law with the least consensus of the entire democratic stage.

The so-called Celáa Law achieves what seemed impossible: to worsen the existing situation even more and to fracture more deeply a society that is beginning to show its satiety without complexes. Thousands of families throughout Spain have said “enough is enough” before the sectarianism that the new law exudes.

It demolishes the culture of effort, understands in an ideological way what public school should be, puts the concerted school in the pillory and manages to piss off the vast majority of parents of students with special needs, to whom the law it insists, under the pretext of equality, in denying them what they really need and experience has shown that it works.

Unfortunately, this same Sunday, while the street became a clamor, the newspaper El País served as a loudspeaker for Minister Celáa to try to defend the indefensible and continue with the mantra that the new law is a commitment to equity, in front of a supposed elistist education that until now we have suffered.

Hopefully, as the Cardinal Archbishop of Madrid, Carlos Osoro, has said, one day we will reach the long-awaited educational pact, to which Pope Francis has referred so many times; a pact that, by the way, the Socialist Party itself used during the electoral campaign, in another unfulfilled promise, which replaces what they do very far from what they say.