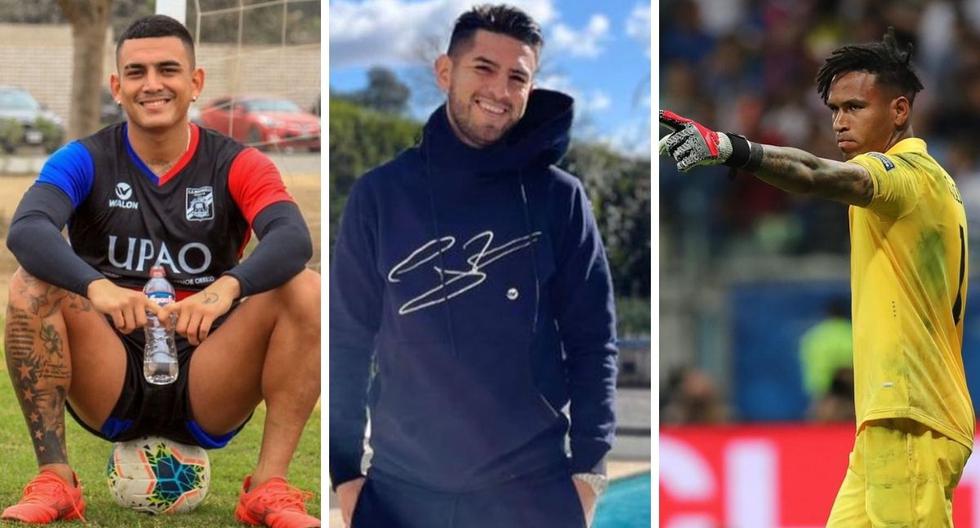 The club defender Carlos Mannucci, Eduardo Rabanal, was recently captured by the cameras of “Magaly TV: La Firme” in loving situations with his ex-partner María Fernanda Rodríguez, despite the fact that he currently maintains a relationship with the salsa singer, Paula Arias.

Regarding this new ‘ampay’, let us remember that other footballers were caught in compromising situations with women who were not their partners.

The National Team goalkeeper was in the eye of the storm after he was caught leaving the Wimbledon hotel, located in the San Miguel district, in the company of a mysterious woman.

After the issuance of the images, his wife Claudia Díaz, with whom he has two children, issued a statement through his Instagram account to announce the end of their marriage. Months later they reconciled.

The Peruvian footballer was also involved in a scandal of alleged infidelity in 2020. “Magaly TV, the firm” released images in which the Boca Junior central defender kisses a woman on a yacht, despite the fact that he is married to Marcia Succar .

In the images, the former member of the Bicolor is seen having fun surrounded by women and drinking alcohol on board a catamaran. Magaly Medina presented the images to later denounce that the relatives of ‘León’ Zambrano tried to bribe his press team to deliver the audiovisual material.

In 2004, Aldo Olcese, who at that time was a player for Alianza Lima, was ‘protected’ in compromising situations in his car with Malú Costa.

The actress spoke about the media scandal years later in “The value of truth” where she regretted that her famous ‘ampay’, which gave her the nickname “Mamalú”, had affected her family.

In 2009, the former Sporting Cristal footballer starred in an infidelity scandal after he was caught several times with the model Cindy Marino while he was still married to the mother of his children, Shirley Rázuri.

After being discovered, the player took his wife on a trip through the jungle to regain their relationship, however, the dancer said that Amilton continued to insist on her to resume their romance.

In 2007, Magaly Medina’s cameras protected the soccer player ‘Tenchy’ Ugaz when he entered a hotel in Trujillo with a woman identified as Lenith Meléndez, better known as ‘La Gata’.

The infidelity scandal occurred just two weeks after he had a daughter with the popular ex-dancer and comic actress Sara Manrique.

In July 2020, the player starred in a new confrontation with his daughter’s mother after accusing her of not allowing him to see her little girl for several months after she refused to increase the alimony.