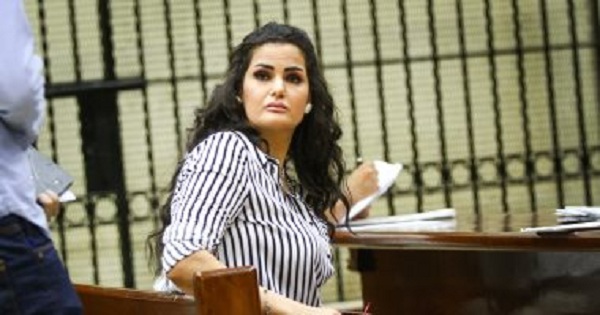 Al-Marsad newspaper: The Economic Court in Egypt acquitted the show dancer, Sama Al-Masry, of the accusation against her for defaming the ousted president of Zamalek Club, Mortada Mansour, in the latest lawsuit filed against her.

The Public Prosecution had charged Sama Al-Masry with insulting and defaming Mansour through social media, according to the Egyptian newspaper Al-Watan.

On July 27, the Cairo Economic Court decided to fine Sama Al-Masry 100,000 pounds, with a suspended sentence, in the case of insulting and defaming Mortada Mansour.

Mansour had dropped 8 defamation cases against Sama Al-Masry, according to her lawyer, Ashraf Nagy.

It is worth noting that the Economic Court had earlier rejected Sama Al-Masry’s appeal against the ruling issued to her being imprisoned for a year and a fine of 100,000 pounds, on accusations of outrage against public modesty, immorality and immorality.