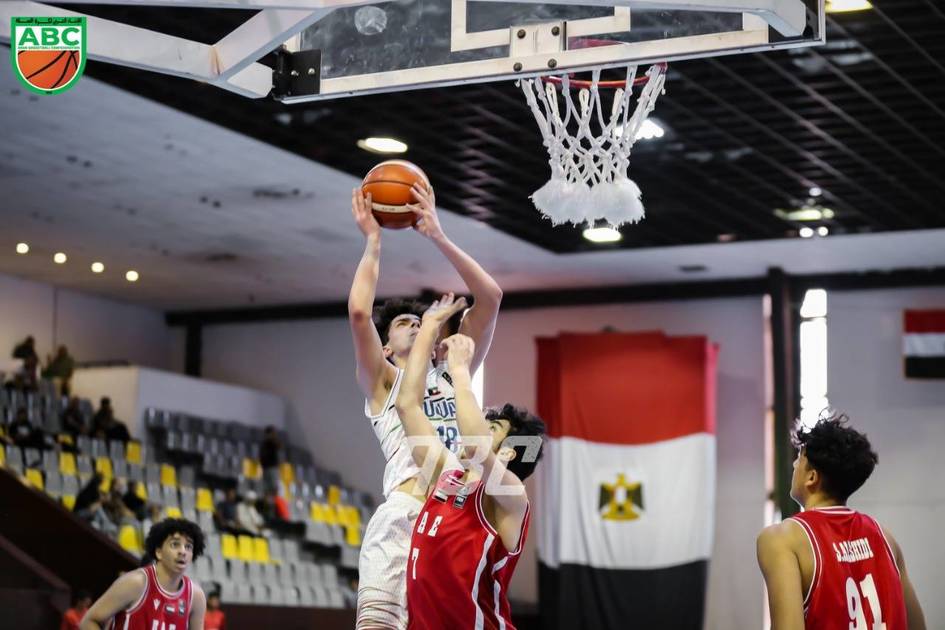 On Thursday, the curtain fell on the competitions of the nineteenth Arab Youth Basketball Championship, with a fiery confrontation between the Algerian team, the leader of the preliminary round, with its Egyptian counterpart, the African champion and runner-up, at five in the evening, Thursday, at Al-Zohour Club Hall in Cairo to decide the winner of the title.

On the other hand, the delegation of the UAE youth basketball team returns to the country on Friday after leaving the tournament empty-handed due to level differences due to the recent era of “Al-Abyad”. Where the participation is the first for the team members at the external level, noting that “Al-Abyad” played 5 matches in the preliminary round, winning one against the Saudi team with a score of 72-59, and losing 4 matches against Qatar, Algeria, Egypt and finally Kuwait yesterday with a score of 65-70 to bid farewell to the tournament, and will continue He is training in Cairo until he returns in preparation for the Gulf Championship hosted by the UAE at the end of this month and which qualifies for the Asian finals in Iran next month.

Salem Ateeq, coach of the national team, confirmed that the Cairo station was important and useful in preparing for the Gulf Championship, regardless of the results and the team’s exit from the Arab Championship, which was its first official participation, pointing out that the technical staff recognized the negatives that occurred and will seek to correct them in order to obtain One of the two qualified seats for the Asian Cup, especially after learning about the levels of the Gulf teams competing in the Arab Championship.

Regarding the last match against the Kuwaiti team, Ateeq said: “We played the tournament without preparation, unlike the other Gulf teams that prepared intensively, and it was natural that some negatives occurred, however, we could have overcome the Kuwaiti team’s obstacle if it were not for the many mistakes that accompanied the match, especially the defensive follow-up. Which facilitated the task of the opposing team in scoring several easy points from under the basket, in addition to the injury of Abdul Aziz Khalifa, the team’s top scorer, and his exit for four minutes for treatment of the injury he suffered, and he continued playing after that while he was affected by the injury.

See also  D.Bičkauskis successfully made his debut in the Romanian team

On the other hand, the activities of the second camp for Arab referees, organized by the Arab Basketball Federation, were concluded with the participation of 85 referees on the sidelines of the Arab Basketball Youth Championship with the aim of refining and developing their level to reach the best levels of Arab arbitration. To gain financially through those studies; Rather, it aims to support the Arab arbitration system and bring it to the highest continental and international levels. In the end, certificates were distributed to the scholars.