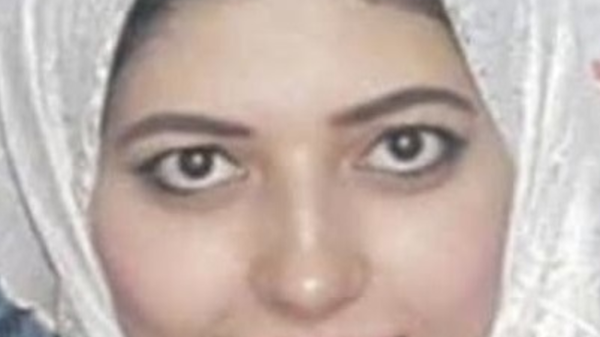 Today, Tuesday, Mansoura Criminal Court, northern Egypt, sentenced to death an Iraqi who hired an unemployed man to rape and expose his wife in order to divorce her and marry another woman, but the unemployed man killed the wife in a crime that shook Egyptian public opinion.

The court sentenced the defendants, Ahmed Reda Al-Shahat, and the husband, Hussein Muhammad Abdullah, to death, after they were convicted of killing Iman Adel, the wife of the second defendant, in the village of Mit Antar, in Talkha District, Dakahlia Governorate, last year.

From the sentencing hearing

In poignant and eloquent words, the judge said, “This crime hurt the hearts of the Egyptians.” The crime of attempted rape and murder of the victim was an agreement between the defendants, and the unemployed person wore women’s clothes to complete his crime.

The horrific crime occurred in June of last year, when the dead man’s husband admitted that he had agreed with an unemployed person to rape, photograph and expose his wife, so that he could separate from her and marry another without receiving her legal and financial dues.

The husband admitted that he made it easy for the unemployed person to enter the marital home to carry out his crime, but the wife defended her honor, so the unemployed man had to kill her so that he would not be exposed.

Ahmed Adel, brother of the dead man, Iman Adel, revealed in previous statements to “Al Arabiya.net” that his Iraqi son-in-law married his sister after many mediations and interventions from senior figures in their village, Mit Antar, in Talkha city in Dakahlia Governorate, to which the Iraqi family migrated and settled. He added that his sister agreed to marry him after great hesitation.

Adel said that differences arose between the two parties immediately after the marriage due to different temperaments and behaviors, but his sister was enduring what she was going through in her desire to preserve her married life, and her baby Ali, who was 9 months old, noting that during the last dispute and after the announcement The husband wanted to marry another woman, so the family asked his sister to leave her house and stay with them until the situation calms down, but she refused and confirmed that she would contain the differences and restore the water flow between her and her husband.

He stated that he had received a call on the day of the accident to find his sister killed by hanging in her house, pointing out that after obtaining the Public Prosecution’s permission to burial, her body was buried in a mass funeral attended by thousands of villagers, and her husband, who no one knew was behind the crime.

The security services’ inspection of the apartment, the crime scene, revealed bruises on the neck and face of the victim, a piece of cloth with a strange substance on it, in addition to the presence of some hairs on her nails, and traces of sexual intercourse. It also revealed that the victim was hanged by a bathrobe tie.

After examining the apartment, it became clear that there was no broken door, which means that the killer, Ahmed Reda, entered the apartment with an artificial key, or that the dead woman opened it to him, and by asking the husband, he denied the existence of another copy of the apartment key with anyone.

See also  Robinson helicopter made a hard landing on a mountain in the Altai Republic :: Society :: RBK

Unloading of surveillance cameras installed in shops adjacent to the house revealed that a veiled woman was the last to enter the property in which the apartment is located, and it was confirmed by the security men that the killer was a man who disguised himself by wearing a niqab so that he could enter the apartment.

A security source revealed that by monitoring the husband’s recent communications, his involvement in the crime was confirmed, and by intensifying investigations, it emerged that the killer was working in a clothing store owned by the husband.

The crime shocked the Egyptians, as the pioneers of the communication sites launched a hashtag under the title “We want the right of a just faith,” while others launched a hashtag titled “Execution of Iman’s husband, Adel,” demanding a just and swift retribution for her.