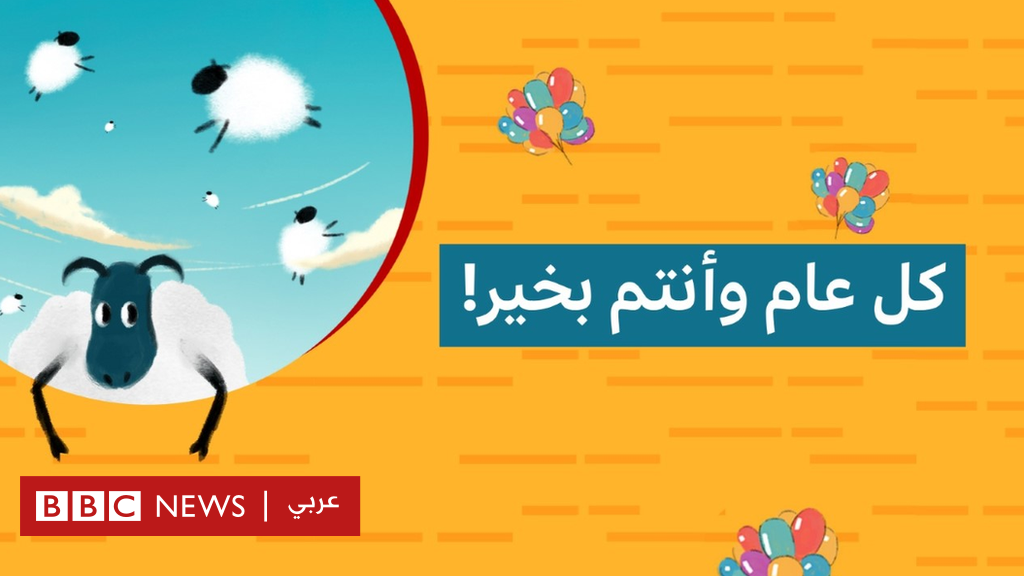 Today, Tuesday, Muslims around the world celebrate the first day of Eid al-Adha, the second that falls in light of the outbreak of the Corona epidemic, so it is “exceptional”, and the feelings of those celebrating it are mixed between joy, anxiety and fear for their safety and those around them, while some do not feel a taste of Eid and have lost some of their loved ones due to the epidemic. .

All these feelings are translated into tweets, comments and greetings across social media.

Many shared pictures of them during the Eid rituals, and told about the customs associated with it and the dishes that are specially prepared in it.

The Saudis even raised the hashtag #liver_wala_maqal on Twitter, and the two names for two famous dishes that are considered the day of Eid.

And changed the pictures of the sheep, which are the “heroes” of this day, the tweeters celebrated by publishing their pictures wearing some of their most beautiful and elegant.

The hashtag #Kashkha_Al-Eid has spread in Saudi Arabia, which means decoration and elegant dress for the day of Eid.

In the midst of the atmosphere of anxiety that dominates the celebrations, some people tend to use some humor to relieve themselves and their friends and followers with some irony or anecdotes.

Pictures of a group of models placed at Cairo Airport to celebrate Eid have also spread in Egypt.

See also  Mayors of the East Netherlands furious about De Jonge's statement that the third corona wave is their fault: 'Completely unjustified' | Zwolle

In Egypt, the hashtag #escaping_calves was also issued on Twitter for some time after the spread of videos of the escape of calves that their owners were transporting in preparation for their slaughter.

While some treated these passages with sarcasm and found an opportunity to laugh in them, many commented on how the animals feel on this day, especially since many slaughter the sacrifices together, each witnessing the slaughter of his predecessor.

The fleeing sacrifices are also subjected to various types of torture and beatings to catch them.

And religious jurists are unanimously agreed that conditions must be respected in slaughter that prevent torture of the sacrifice and avoid a lot of pain.

The celebration of Eid this year and the previous one is cautious and restricted by many precautionary measures.

The official websites of the Ministry of Health in many Islamic countries published awareness leaflets and reminded of the need to maintain safety, and to follow special procedures so that the celebration of Eid would not be a cause of a wider spread of Corona infection.

In the UAE, the Ministry of Health launched the #CelebrateSafe campaign.

And it published a protocol for the feast, explaining the procedures it recommends to follow to celebrate the feast safely.

While the Saudi Ministry of Health launched a campaign #Without_Your_Yamak urging people to avoid shaking hands while exchanging Eid greetings to avoid the spread of Covid infection.

In Egypt, the Ministry of Health, as part of the #Safe_Eid campaign, published a set of recommendations to be followed during slaughter and during prayer.

It also published recommendations “to prevent transmission from humans to animals during slaughter”.

Eid Takbeerat was one of the most popular hashtags today.

Social media users shared clips of Eid Takbeerat sounds where they are.

On the Club House app, some opened a listening room for its pilgrims to hear the Eid takbeers.

As for the Eid prayer this year, like the previous one, some had the opportunity to perform it in mosques with strict precautionary measures, as happened in many countries.

While others were prevented from praying in congregation in the mosque due to the conditions of the epidemic in other countries.

The usual news and security incidents usually don’t get much attention on social media during Eid.

But two events have gone viral this year.

The first was that rockets fell near the presidential palace in Afghanistan while the president was performing the Eid prayer.

Another incident was the attempted stabbing of Mali’s transitional president while he was performing the Eid prayer.