Former President Carlos Mesa seeks to polarize the election with the MAS candidate, Luis Arce, and appeals for a useful vote to avoid a victory for Evo Morales’ party in the first round. Photo: DEF file.

After its postponement due to the pandemic, the elections that will choose the successor of Jeanine Áñez will have their first chapter next Sunday. The former Minister of Economy, Luis Arce, will seek to lead the Movimiento al Socialismo (MAS) back to the Palacio del Quemado, the seat of government in La Paz. Arce is considered the “father” of the successful Bolivian economic model of the last 14 years, although he is also the target of an investigation for failure to fulfill the duties of a public official in the management of the Indigenous Development Fund (FDI). His running mate will be former Foreign Minister David Choquehuanca. The pair was elected in January in Buenos Aires, after a MAS plenary session with the leading presence of Evo Morales, who received political asylum in our country after a brief visit to Mexico. 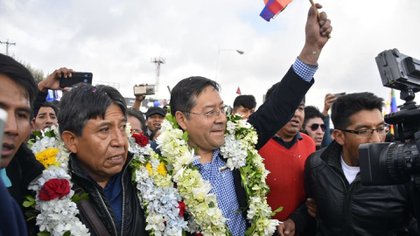 The former Minister of Economy, Luis Arce, will seek to lead the Movimiento al Socialismo (MAS) back to the Palacio del Quemado, the seat of government in La Paz. Photo: DEF file.

Arce’s main rival will be the former head of state, Carlos Mesa Gisbert, who led, between 2003 and 2005, the transitional government that succeeded that of the resigned Gonzalo Sánchez de Lozada. Mesa, a candidate from the Citizen Community, presents himself as the candidate who will “defeat fraud and corruption”, and is accompanied by the agricultural producer Gustavo Pedraza. With slogans like “Evo again? Never in the life ”and a strong appeal to the useful vote, seeks to neutralize the third force, led by the leader of the Civic Committee of Santa Cruz de la Sierra, Luis Fernando Camacho, a key actor in the events of October and November 2019 that led to the departure of Evo Morales from power after losing the support of the police and military forces. Camacho’s vice-presidential candidate is Marco Pumari, a former Oruro civic leader who also played heavily against MAS in the tumultuous events of late last year.

In principle, there were five other registered candidates, but three of the candidates withdrew from the race to avoid a dispersion of the opposition vote to the MAS. One of them was the president herself Jeanine Áñez, who headed one of the pairings together with the businessman Samuel Doria Medina. The Nationalist Democratic Action (ADN) party, the political force founded by the late General Hugo Banzer, who had the Cochabambian writer María de la Cruz Bayá as a candidate for president, also decided to abandon the electoral race. Another former president, Jorge “Tuto” Quiroga also decided to decline his candidacy to prevent “the MAS from being able to remain with the Presidency in the first round”. To win the victory on Sunday, Luis Arce would have to obtain 45% of the votes or exceed 40% with ten percentage points of difference over the second best placed. So far, the polls predict a ballot, but considering that the polls are mostly focused on the urban vote, surprises are not ruled out for October 18, which would prevent a second round on November 19. 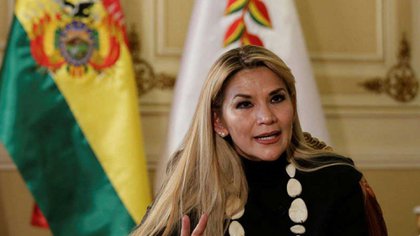 Añez was one of those who withdrew her candidacy for president in order to avoid a dispersion of the opposition vote to the MAS. Photo: DEF file.

In the meantime, The evangelical pastor of Korean origin, Chi Hyun-Chung is still in the race, which in the October elections of last year achieved a surprising 8.7% and has refused to withdraw from the current race. Finally, the former mining union leader Feliciano Mamani will represent the Bolivian National Action Party (PAN-BOL), accompanied by Ruth Nina, a lawyer and former union member of the Cochabamba transportation company.

On Sunday 130 deputies and 36 senators will also be elected to form the new Plurinational Legislative Assembly.

* This note was produced and written by the writing team of DEFonline.com.ar

What does it mean for Argentina to have achieved the extension of the continental shelf?

Carrier: “Many think of espionage, but the real risk of 5G is sabotage”