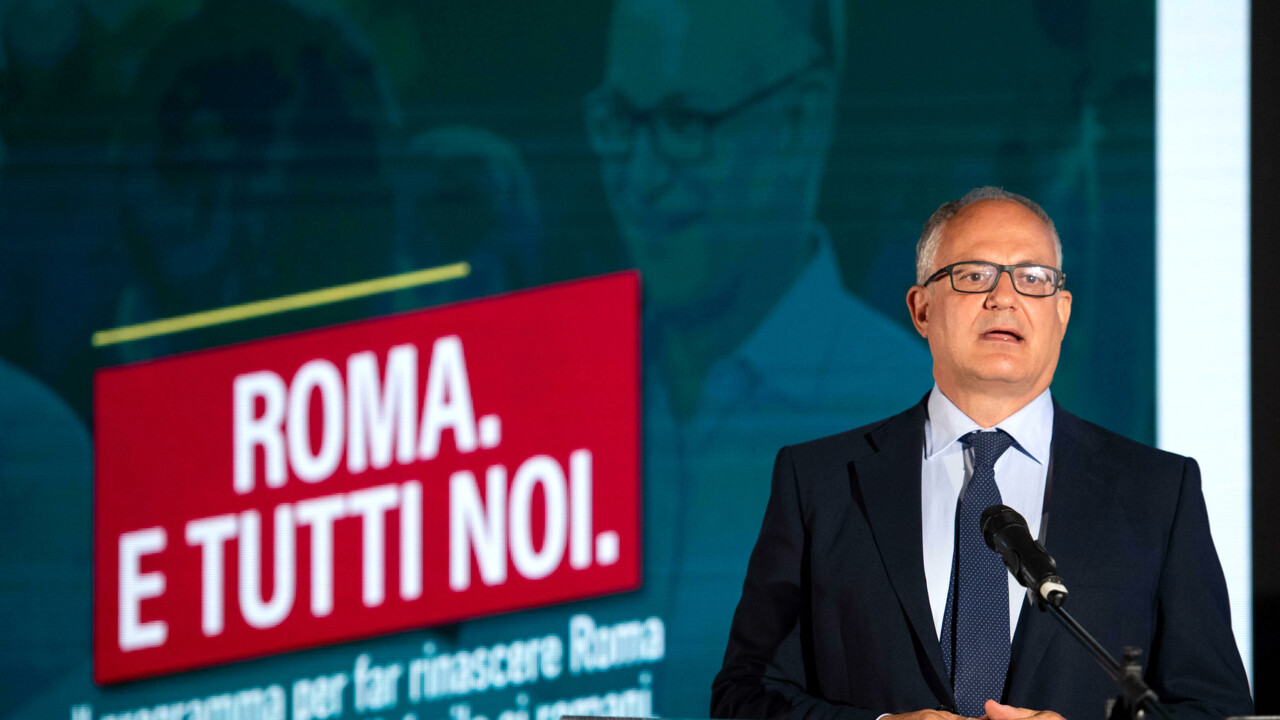 A city closer to its inhabitants, especially those who live in the neighborhoods on the edge of the ring road and outside. A comfortable, friendly city that allows everyone to reach a health center, school, municipal office, sports center or public park on foot or by bicycle. There “City of 15 minutes” from Roberto Gualtieri, candidate for mayor, is the heart of the center-left program that wants to take back Rome after five years of pentastellato government.

The testimonies of those who live the Rome of today

Today in Portonaccio, seat of his electoral committee, the former Minister of the Economy and European deputy wanted to tell it in detail, starting from the testimonies of those who live Rome today, suffering the incongruities, difficulties, frenzy, traffic increased to excessively, public transport (here the Gualtieri transport program) sometimes unreachable. Sofia, 15, from Valle Santa (town hall XIV) gets up every morning at 5 to be able to get to her high school in Trastevere: first almost forty minutes by car to Aurelia station, then the arrival in Trastevere, the tram and a kilometer on foot that brings her in front of the entrance well in advance of all the others: “But I’m almost always alone, the others arrive more comfortably much later”. Rosa is a pensioner who lives in Falcognana, on the border with Ciampino, IX Town Hall: the nearest bus stops at two and a half kilometers, the supermarket at 8, the Laurentino cemetery where her husband is buried at 12. ” you do nothing “, the bitter consideration. Pino’s testimony comes from Casal Monastero, a neighborhood of twelve thousand inhabitants born in the late 1990s above the Raccordo: “The metro was supposed to arrive twenty years ago – he says – but still nothing. Same thing the civic center for the elderly and young people, for which is all ready, the land is there, but it is not built. Many of us go to the elderly center in Settecamini, on Saturday it takes 40 minutes by bus but only because there is less traffic than on weekdays ” . And again the children who go to school inside a church from a district of the VI Municipio because it was never built there, or the former Casaletto teacher who for a specialist visit to the Center is forced to take a bus and two meters .

How to build the City of 15 minutes

“Many of these problems – comments Gualtieri – persist in areas made up of small urban settlements, poorly connected to the main hubs and without services. Rome needs the care of the iron, the establishment of on-call shuttles. But first of all it needs more services, community centers, home health care and health homes within easy reach. All this is possible by exploiting funds from the NRP “.

The center-left candidate illustrates all the actions that, in case of victory – presumably in the ballot – he will field with his government team: first of all, as repeated several times and loudly requested by the coalition candidates for the presidencies of the 15 municipalities , greater resources and powers to local authorities. From green management to waste management, passing through schools and health, the former districts will have to have greater responsibilities.

Zone 30 (various projects at stake especially in the III Municipality), pedestrian areas (the participatory path for piazza Alessandria and neighboring areas has already begun), “real” cycle paths (“not the dangerous ones made by the last council”), iron with the extension of Metro B up to Casal Monastero, of Roma Giardinetti up to Tor Vergata, closure of the railway ring, reopening of the Vigna Clara station after more than thirty years, extension of Metro C on the axis of Via Cassia up to Grottarossa. Finally, digital integration: “We will create an app thanks to which citizens will be able to book a shuttle service or various sharing services”, especially designed for those who live on the geographical margins of the Eternal City.

See also  80 minutes of a face-to-face. The extreme “closeness” between António Costa and Pedro Nuno Santos (and Fernando Medina)

100 public spaces, the hubs of creativity and energy communities

Obviously, a more welcoming and liveable city does not pass only by the bus under the house or the cycle path: “We will field 100 architecture competitions to redevelop 100 public spaces – explains Gualtieri – such as via Giolitti, the former Fiera di Roma , the former Maggiolina “. Fifteen new participatory cultural centers are also planned, such as creativity hubs, support for independent theaters and bookstores, strengthening of the network of municipal libraries, a cultural center for each territory. Important space of the program is reserved for energy communities: entire condominiums that become autonomous, redistributing the excess energy produced to the city.

“We do not want to go back to before the pandemic – underlines the former Minister -, smart working is a fundamental tool that must be helped and encouraged, for example by promoting the creation of coworking spaces, creating digital hubs in every town hall where freelancers can lean on not to stay at home all the time, weighing on domestic consumption “. Furthermore, Gualtieri is not afraid of criticism and announces: “We have already talked about it with Minister Speranza – he explains – and the goal is to reach 8/10% of home medical assistance in Rome, even surpassing Sweden. Thanks to the funds of the Pnrr will be possible “. More schools in each municipality is another of the objectives to be achieved to ensure that the City of 15 minutes is realized: at least 50 institutes open in the afternoon every day, construction of primary and secondary schools where they are lacking today (and therefore avoid that poor Sofia take 72 minutes every day to go and exercise your right to study), gradual free access to kindergartens, increase in available places in compliance with European directives. “Only in the XIV Town Hall – Gualtieri gives as an example – 430 are missing”.

See also  The Conapred cancels forum on racism with Chumel Torres; we do not want to polarize, says holder

Gualtieri returns to lend more than a hand to that more radical soul of the coalition in its support, represented in particular by the Left of the Common Goods, of the occupied and regenerated spaces, of the autonomous experiences snatched from speculation: “Young people need spaces, the Municipality can give it to them in management without spending a single euro: we want one in every neighborhood, not just in every town hall “. Redevelop the suburbs also thanks to widespread museums, the enhancement of archaeological sites: “I am thinking of the Via Francigena, the site of the city of Gabi in East Rome, the park of the Aqueducts”.

The “mayor of the night”

“Rome is a safer city than you think, but the perception is different and unfortunately there are still critical situations such as those represented by drug dealing squares”. Gualtieri keeps well away from the security flag usually waved from the right, but does not want to leave the field completely cleared and launches the idea of ​​the “mayor of the night”, as well as that of an urban security coordination committee to be set up in each municipality “because it is not acceptable for women to be afraid to go out at night in many neighborhoods of our city”.