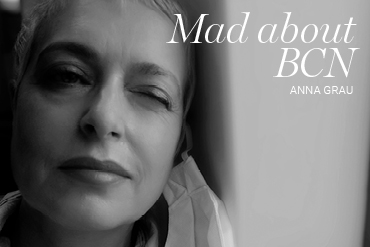 Not all cities or territories can boast of a vernacular police, immediately recognizable and with a history as exciting and as entertaining as that of the Mossos d’Esquadra. It surprises me that no one has yet gone to Netflix or Movistar with the story and with the idea. A lot of riot control, a lot bobby of hieratic archipeluda head in The Crown, but by when a miniseries about the greatest Trapero or a Game of Thrones that goes back to the founding of the body in the time of Philip V (to pursue miquelets anti-Bourbon, the thing is funny), which goes through a few comings and goings from republican legality to Franco’s illegality and back again.

When in 1983 the Parliament re-established the Mossos already in democracy, Manuel Fraga without going any further was green with envy, composed and without his own police back in his native Galicia. However, nobody would say that the start of the last reincarnation of the Catalan police was precisely easy. At first they looked like a vase police. Nobody thought of going to report anything to them and they didn’t have a penny. A deep throat that I once had there complained to me with great dismay that, in the meetings to prepare the security device of the Olympic Barcelona, ​​they were very depressed to see the representatives of the Ministry of the Interior swimming in the abundance of funds reserved “while I, to pay a confidant, I have to falsify a bill from the dry cleaner.”

I became very fond of them because once they lent me three bulletproof vests to go with two colleagues to Yugoslavia in the middle of the war. The great thing was that I didn’t have to ask them. As amazing as I am, it would never have occurred to me. Nah, came out of them. Or rather from him, from my deep throat. It was to tell him about my travel plan, put my hands on my head and put the three vests on the table. I was touched by the paternal touch, that family thing so tender and so nostrada: creatures, don’t go crazy and don’t get hurt.

It must be said that we carried those brand-new bulletproof vests in our backpack all the trip but once, what is said, on, we never got to wear them. They weighed like diving suits and were hot as hell. I want to believe that the technology of the subject will have evolved since then and that the Mossos budget will have also evolved to be able to pay it. My soul breaks just thinking that they continue to have to go into action carrying the equivalent of the Cid’s armor on their body, marching into exile with twelve of their own …

My relationships with the body cooled somewhat over time. Over time and with the transfer of traffic control powers. I’m talking about the pre-AVE stage, when to go to and from Barcelona to Madrid you had to hold on tooth and nail to the airlift. I am seen taking a taxi to El Prat in agony. That is to say, to all milk. Not in plan La huida by Sam Peckimpah but we already understand each other. You could already see the airport terminals in the distance, we were already doing it, when suddenly a Mossos car lights us up and stops us. An agent gets out, scolds the taxi driver, who, seeing that I am about to faint out of nerves, afraid of missing the last plane, takes off heroically: calls for time out to take me to my destination and then come back and face his own, that is, the foreseeable fine for speeding. The other thinks about it and scratches his head with what seems to me an insufferable parsimony … until at the end, half magnanimous, half badass, he lets us go.

A week ago I experienced a kind of already seen of this situation that made me put into perspective everything I have lived and learned. And even what is understood. Two in the morning from Saturday November 14 to Sunday 15. I leave by taxi from the TV3 facilities, where I have been in for several hours, participating in the FAQS program. I can’t wait to get to the hotel, first because I’m exhausted, secondly because in the middle of the program my mobile battery has died, which in practice leaves me disconnected from the world.

Not even I myself realize how disconnected I am until once again and out of nowhere a Mossos car appears that lights us up, stops us and makes us stop on the shoulder. And who are you? I explain that it is me. Ah okay. And where does it come from and where does it go? Well, from TV3 and the hotel … Then it will have a role that proves it, right? A safe conduct?

Curse. He had it, indeed. The program had sent it to me, and I had printed it beautifully, and then left it like an idiot at the hotel. Total if they never ask you. Total if you already carry it on your mobile.

Total for nothing, I understand in a burst of panic. I can see myself spending the night in a dungeon as they don’t let me plug in my mobile. Nerves. Many nerves. The taxi driver, another piece of gentleman, shows Mr. Mosso the application where he puts my name, which actually just picked me up on TV3, etc, etc. The Mosso nodded, more polite than convinced. “I come from the FAQS, the FAQS!” I repeat hysterically. I rip off my mask praying that he will recognize me from having seen me on TV sometime. It doesn’t look good. Or yes, but not impressed. So the glory TV3. In a fit of despair, one of those that when you think about it later makes your hair stand on end like the one you could have screwed up, I begin to scream: “Hey, I have the passport at the hotel, if you want to, come with me. I teach and that’s it! I can’t do more! ”. Lie, I can do something else: shoot myself directly in the foot.

Suddenly, I realize that the Mosso, who has been observing me from the right and the other way around for a while without evidently my face making any noise, relaxes and smiles. From ear to ear. “Don’t worry, miss: if you say it comes from the FAQS, I believe it … I believe it comes from the FAQS.” There is something very funny (for him) in his tone and in his expression that escapes me. I don’t get where the joke is. But the two forefingers that I keep awake at this point hold me back from trying to force their irony and my luck. Don’t you say that you just let us go like this? Well shoot. Strip!

Only when the fright has passed does it occur to me to look slightly to my left, towards the point where it seemed to me that the Mosso had its eyes on when it began to smile. Almost almost laughing. From my? And in these I am the one who burst out laughing in relief. It turns out that all that time I have had by my side, nervously gripping with my fingers … a cup of the FAQS, with the letters of the program clearly visible in red on a white background! Many times I asked them to give me one and look, it had to be today. Thank goodness because it has served me as a truth machine to walk around the house. Of improvised safe conduct.

I suppose the agent saw the mug, drew his conclusions and also must be still laughing at my expense. Of my absolute fright and radical misunderstanding of why he was letting me go. Elemental, dear Mosso. Definitely the police are not stupid … and thank goodness.