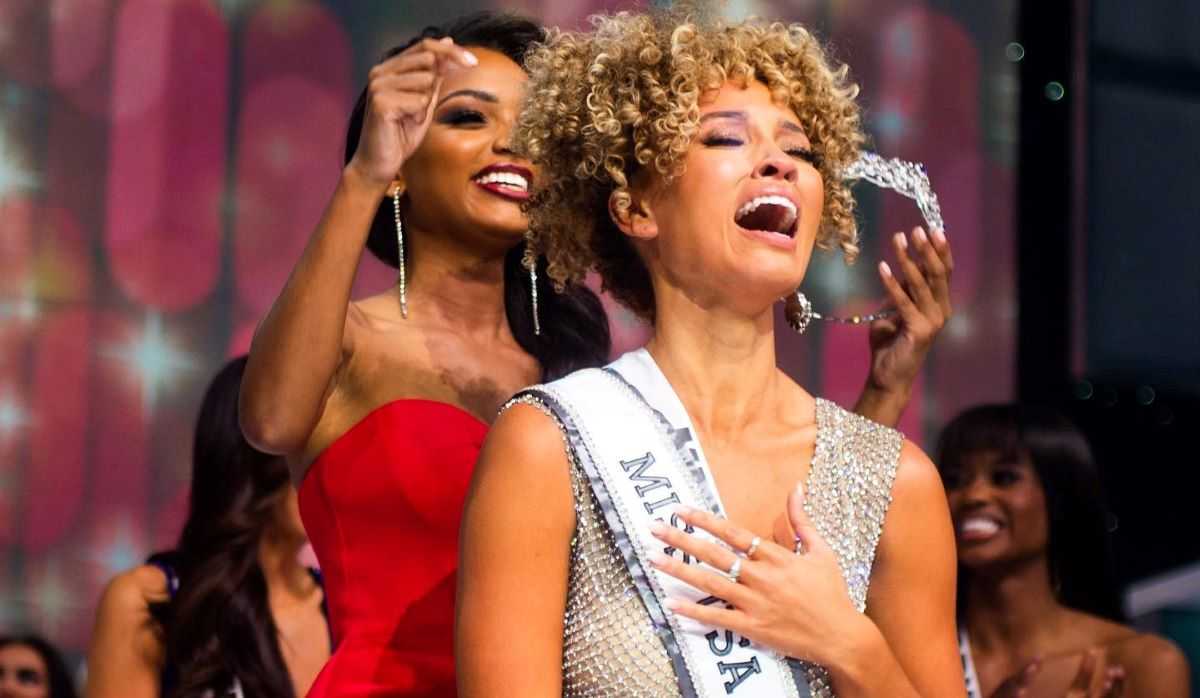 The new queen of the United States is now known. Kentucky reporter Elle Smith was crowned the new Miss USA on Monday night. She then flew to Israel to participate in the 2021 Miss Universe pageant.

They were 51 candidates for the quest for the Miss USA 2021 crown. Each of them gave everything to win it, but only one succeeded. The one who succeeds Asya Branch, Miss USA 2020, is Elle Smith aka Miss Kentucky.

23-year-old Elle Smith was officially crowned Miss USA on November 29 at the River Spirit Casino Resort in Tulsa, Oklahoma. 70th winner of this crown, She has thus taken an oath to valiantly represent the United States. At his side, we find respectively the finalists Caitlyn Vogel (Miss North Dakota), Ashley Carino (Miss Florida) and Sydni Bennett (Miss Illinois).

Following this victory, Elle Smith set out to conquer another crown. In December, Smith will represent his nation at the Miss Universe pageant in Israel. Can she succeed Andrea Meza, the current Miss Universe?

Who is Elle Smith?

23-year-old Elle Smith is from Germantown, Kentucky. She was educated at the School of Journalism and Media at the University of Kentucky until May 2020 where she obtained a bachelor’s degree in audiovisual journalism and a “minor” level in political science.

During her college years, she was vice-president of the UK section of the National Association of Black Journalists; reporter for the UK Student News Network and videographer for UK Athletics and SEC Network. In October 2020, she continued to work as a reporter at WHAS11 News, a TV channel affiliated with ABC licensed in Louisville.

This is the first time that young Smith has entered a beauty pageant. A real feat for the one who thus becomes the second Miss Kentucky to win the Miss USA contest, after Tara Conner, in 2006.