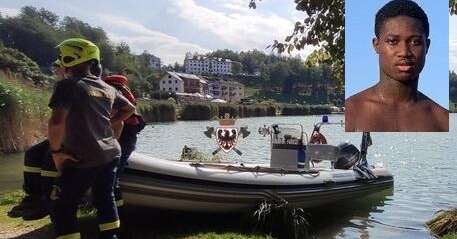 LONIGO. Willy he returned to his Lonigo, surrounded by the pain and affection of his loved ones and of the whole community that on the morning of today, August 13, closed in mourning around him for a last farewell.

In fact, the funeral of the 17-year-old scout disappeared on Tuesday 9 August in the waters of Lavarone lakewhose body was found Thursday 11.

Wilfried N’Guettia N’Dabianfor his friends Willy, was originally from the Ivory Coast and lived with his family in Lonigo, in the province of Vicenza, where together with his brother Christ he had decided to join the “Agesci” scout group.

“We will never forget you” is the message left by his friends. Many people attended the funeral, including a delegation from Trentino, where for days the volunteer fire brigade teams from Calceranica, Lavarone and neighboring municipalities, together with those from Trento, the local police, the Carabinieri, and rescuers of the Red Cross and of Trentino Emergenza they looked for him.

«Willy left a void, the pain of his family and friends is ours»Commented the mayor Isaac Corradi.

The Municipality has proclaimed the city mourning.