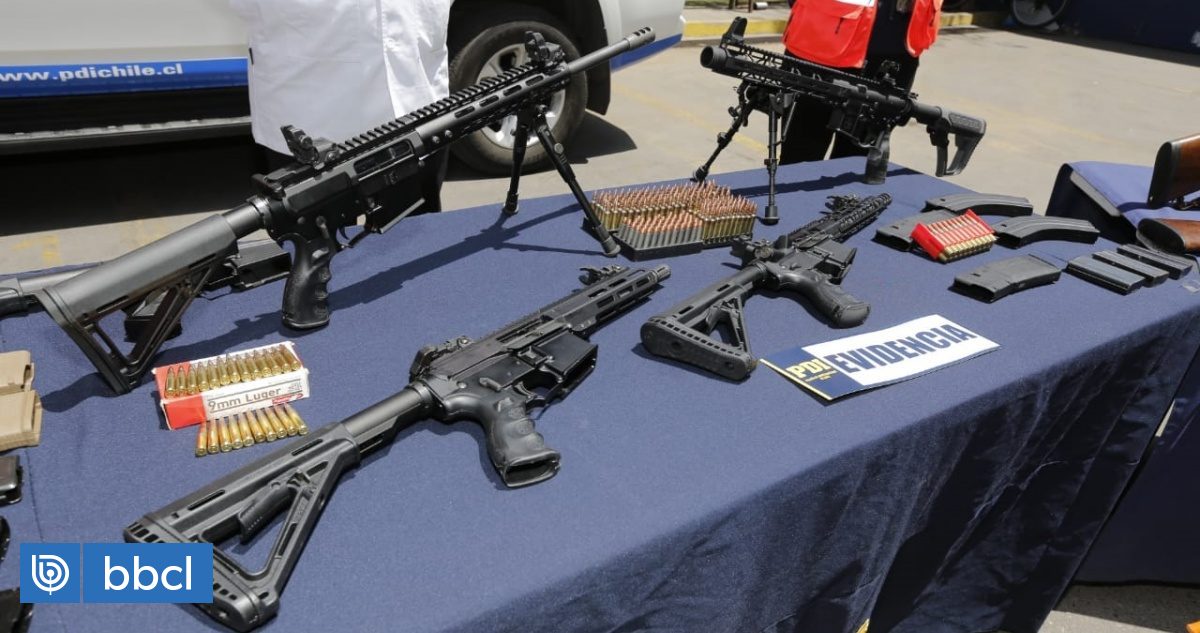 A man was in preventive detention, charged with the crime of International Arms Trafficking after the PDI intercepted a parcel in Santiago with parts of rifles, which triggered the seizure of a large quantity of arms and ammunition.

A man was arrested in Temuco accused by the International Arms Traffic, after a parcel in his name was intercepted in the Metropolitan region that was going to La Araucanía, for which it was made available to the Public Ministry remaining in preventive prison.

This was made known in an activity where the Minister of the Interior and Public Security, Rodrigo Delgado, met; the general director of the PDI, Sergio Muñoz; the Chief Prosecutor of Investigative Focuses of the West Prosecutor’s Office, Sergio Soto Yáñez and the National Director of Customs, José Ignacio Palma, who reported on the seizure of large quantities of high-power weapons.

In addition, a person was arrested, who kept in his possession said species in the region of La Araucanía.

This diligence was carried out after a order at Santiago Airport, which contained metal and plastic parts corresponding to magazine for AK and AR15 rifles, which were destined to be delivered in the city of Temuco.

After coordinating with the Western Prosecutor’s Office, the respective order to investigate was delivered, concretizing raids in 8 homes located in Temuco and Talcahuano, where they were seized:

In addition, it was revealed that the defendant traveled to the United States, and through a provider imported the armament under the name of other articles.

The general director of the PDI, Sergio Muñoz, pointed out that “this material will never reach the hands of crime, of the violence that generates so much insecurity in the country (…) Weapons with high firepower cannot be sold in armories, it gives us a warning light to continue with these investigations “.

Finally, the court issued a term of 120 day investigation while the investigation was in charge of the Investigative Foci Unit of the Western Prosecutor’s Office.