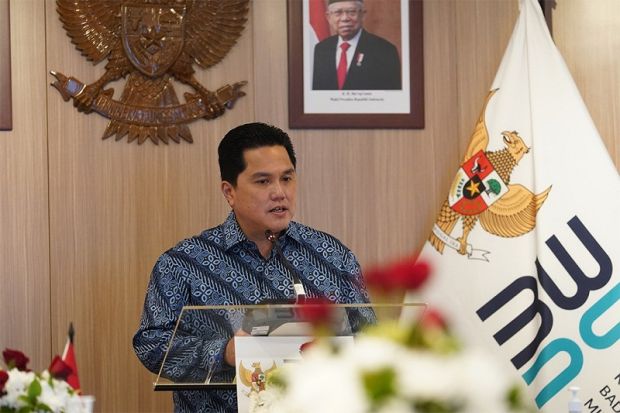 JAKARTA – Minister of SOEs Erick Thohir back to the issue food imports to the welfare of workers in the sector. There are several notes that Erick gave to the Board of Directors and Commissioners of SOEs in the food cluster, in particular PT Rajawali Nusantara Indonesia (Persero) or RNI which later became the parent of the Food SOE Holding.

He underlined Indonesia as an agrarian country that should become an ecosystem or food barn for the world. However, the current condition shows that Indonesia often imports food. This step, he said, would only make industrial workers, farmers, breeders and plantations the objects of development. In fact, these groups should be subjects in the food supply chain. He also expressed his frustration as a person who lives in an agricultural country but imports of food continue.

“We are an agrarian country but imports continue. We talk about taking sides with farmers, breeders, plantation workers, it’s just an object. It’s not a subject that must be addressed, but only an object,” said Erick, Tuesday (19/10/2021).

In fact, he reminded that 30 percent of the total workforce in Indonesia comes from the food industry. From his calculations, the national food ecosystem also determines the level of welfare of the workers.

This means that if the national food ecosystem is not managed properly and thoroughly, including aggressively importing food, it will make workers poor. “In fact, labor rather than food as a whole, I’m not talking about retail, maybe 30 percent of the total workforce in Indonesia. If 30 percent is poor, we as holding the mandate are very sinful,” he said.

See also  here are the precipitation records recorded in the country

Erick did not hesitate to say that he would replace the Board of Directors and Commissioners of SOEs in the food sector, if during the next one year the domestic food ecosystem did not undergo a significant transformation. “I will be very serious about monitoring food for the next 1 year and I apologize for those who don’t participate in the transformation, I will definitely dismantle it, I will definitely replace it,” he said.