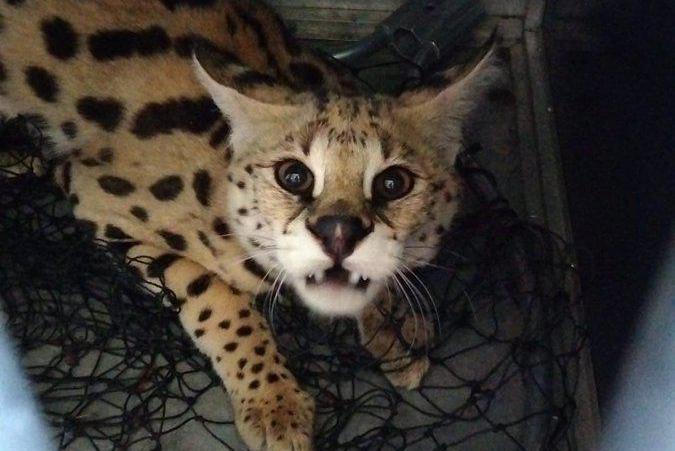 The serval that appeared a few days ago in Ledeberg and Wondelgem, among others, was caught by the fire brigade. The beast had enclosed itself in Café Den Boer in Mariakerke.

The serval was seen on Thursday night by a Ledebergen resident who was walking his dog. He was able to make images of it, which were eagerly shared on social media. In Belgium it is forbidden to keep the animal as a pet, but apparently it happens anyway.

“We received a phone call from the owners of Café Den Boer, on Mariakerkeplein,” says Anouk Veyt, spokesperson for the Center Fire Brigade Zone. “Behind the cafe are some containers and there is a fence, and the serval had let himself be enclosed there.”

The animal rescue special team was able to capture the animal. The serval is in good health and is now being transferred to the Opglabbeek conservation center. It is unclear who owns the wild cat.

ALSO READ.Man suddenly comes face to face with an ‘African feline’ at night: “The animal played with my dog ​​Baco”

Here is inserted content from a social media network that wants to write or read cookies. You have not given permission for this.