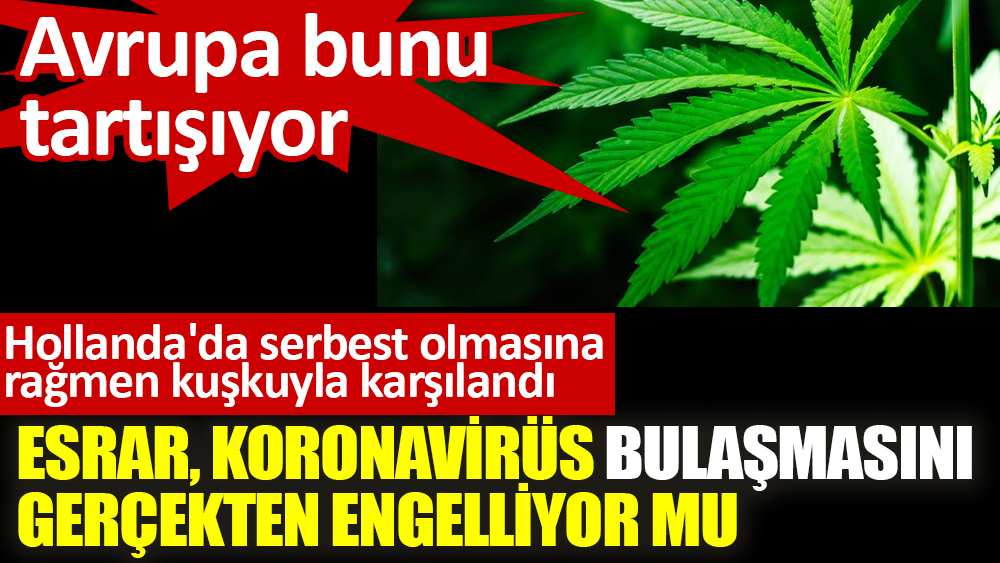 According to the news of the BBC; Researchers in the USA argue that some components of cannabis prevent the transmission of coronavirus.

However, scientists in the Netherlands, where medicinal cannabis use is common, are skeptical of this claim.

Professor at the University of Oregon, USA. Dr. According to research by Richard van Breemen, hemp has two components. “CBGA” and “CBDA”, It can prevent the spread of the coronavirus.

Van Breemen, pharmacologist, “We found that these orally available ingredients have the potential to prevent and treat coronavirus infection” argues.

However, Prof. from Wageningen University in the Netherlands. Dr. Renger Witkamp disagrees.

Renger Witkamp, ​​specialist in nutrition and pharmacology, “Just because something works in a test tube doesn’t mean it has the same effect in the human body” says.

According to the Dutch professor speaking to the AD newspaper, although the research results in the USA sound good, there is still a long way to go for an effective drug against Covid.

Stating that thousands of substances have been tested in laboratories against the coronavirus in the last two years, Witkamp continues:

“And you often see an effect. So there is a long waiting list of substances presented for follow-up research. I do not ignore the fact that once in a while there is something that actually works. Even then, it takes a very long time to be an effective drug.”

Witkamp also doubts whether cannabis’ CBGA and CBDA concentrations can be achieved through oral medication.

prof. Dr. Emphasizing that those who think that smoking cannabis will protect against coronavirus will be disappointed, Witkamp said, “Research on non-marijuana components of cannabis” says.

At the end of the research conducted in the USA, it was announced that CBGA and CBDA substances managed to block an agent that they used to infect humans by attaching themselves to the protein spikes on the coronavirus in the laboratory.

American scientists carried out laboratory tests on the alpha and beta variant of the virus.