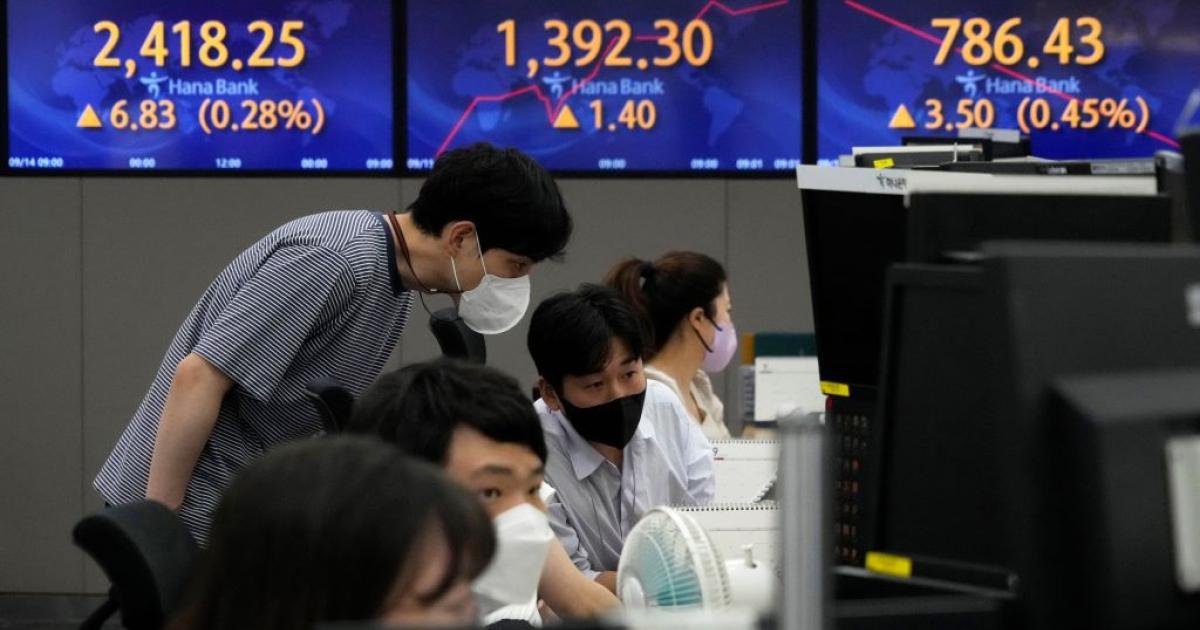 Has stepped up European stocks With the support of banking shares, after the markets showed signs of recovery from a sharp sell-off caused by bets on a large interest rate hike around the world.

US inflation data caused a sell-off in stocks international markets This week, expectations that the Council of Federal Reserve The US central bank will raise interest rates by another 75 basis points next week.

The banking sector index rose by 1% and came at the forefront of the gaining sectors, with banks anticipating to achieve the largest possible gain from raising interest rates, while “Morgan Stanley” stated that this is a positive matter for banks in the region.

The dollar is stabilizing

The dollar settled near its recent highs, supported by expectations that the US Federal Reserve will continue to tighten monetary policy aggressively in its quest to rein in inflation, while the yen faltered after a sharp rise the previous day.

The dollar rose 0.28 percent against the yen at 143.58, after declining by one percent, on Wednesday, on news that the Bank of Japan had conducted a review of exchange rates with banks, which means a possible willingness to buy the yen.

The dollar index, which measures the value of the US currency against a basket of six currencies, including the euro, settled at 109.84, maintaining a gain of 1.5 percent since Tuesday, when US data showed that inflation rose more than expected, and this prompted markets to prepare for an expected rise by The Federal Reserve has no choice but to proceed with another big hike at its rate-setting meeting next week.

See also  Why is Terra USD not worth $1? This was the fall of the algorithmic “stablecoin”

Gold prices fell to an eight-week low on expectations of a significant rate hike to tame rising inflation.

And gold fell in immediate transactions 0.4 percent to 1688.49 dollars an ounce, after it reached its lowest level since July 21 (July) earlier in the session.

And US gold futures fell 0.6 percent to 1698.10 dollars,. The dollar index rose 0.2 percent, without a significant difference from its highest level in two decades recorded last week, while the larger-than-expected inflation data reinforced bets on a significant tightening of monetary policy by the Federal Reserve.

Gold is usually considered an inflation hedge, but it does not generate returns, so it is sensitive to interest rates and Treasury yields.

On the other hand, IMF chief Kristalina Georgieva said, “Central bankers should persevere in the fight against large-scale inflation.”

Japan shares rise at the close

Japanese stocks rose at the close as investors sought to buy shares again after a sharp decline in the previous session, and travel-related stocks led the rally, supported by hopes of a recovery in tourism.

Shares of “Fast Retailing”, which owns Uniqlo clothing stores, rose 0.73 percent and was the most supportive of “Nikkei”, while shares of “Tokyo Electron”, which specializes in making electronic chips, rose 1.14 percent.

SoftBank Group’s shares rose 0.61 percent after a report that the technology investor was considering launching a third vision fund, likely using its own money.

The airline sector index rose 1.77 percent, while the railway sector index rose 1.08 percent, after a report said that Japan is expected to abolish entry visa requirements for some tourists, as well as restrictions on the number of daily arrivals in October, as the country seeks to To benefit from the recovery of international tourism.

And the real estate development sector index, many of whose companies own and manage hotels, rose 1.49%.

Shares of “Kadokawa Publishing” plunged 8.72 percent after Japanese prosecutors’ decision to arrest the company’s chief on suspicion of taking a bribe.