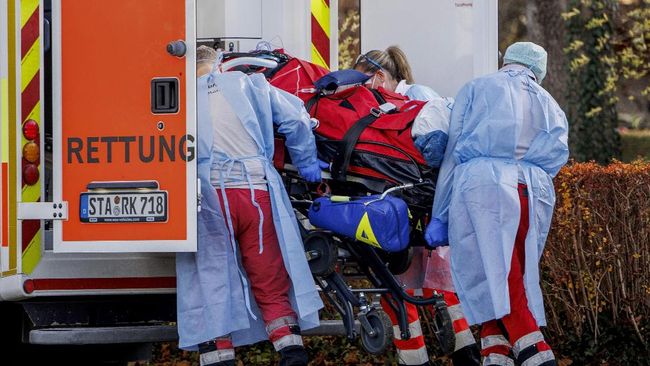 Jakarta, CNBC Indonesia – The World Health Organization (WHO) again gave a strong warning to European countries. The UN agency said that the death toll from Covid in the Blue Continent could pass the 2 million mark in March.

In a recent report, the WHO said that currently the death toll on the continent reaches 4,200 cases per day. This is double when compared to last September, where cumulatively, Europe had recorded 1.5 million deaths.

“On current trends, the cumulative death toll in the region will surpass 2.2 million by March 1,” he was quoted as saying The Guardian, Wednesday, (11/24/2021).

The condition of death itself has been seen starting to rise in several countries. In Romania, for example, hospitals (RS) are reported to be unable to accommodate patients who have died. In fact, the deceased had to be temporarily placed in the hospital corridor due to the buildup in the morgue.

“I never thought, when I started this job, that I would live through something like this,” Hospital nurse Claudiu Ionita told CNN International.

“I never thought such a disaster could happen, that we ended up sending whole families to their graves.”

Meanwhile, the condition of health facilities in several countries is also reported to be overwhelmed. On Tuesday (11/23/2021), the Netherlands began transferring some Covid patients to receive treatment in the German ICU. This follows the German state of Bavaria which also had time to transfer patients to Italy.

“One patient was transferred by ambulance from Rotterdam to a hospital in Bochum, about 240 km east, on Tuesday morning, and another will follow at a later date,” the Windmill State health authority said.

Several countries have actually begun to consider imposing a lockdown. This step itself has been carried out by Austria, Slovakia, and the Czech Republic.

Even so, many residents opposed this lockdown plan. Residents began taking to the streets in the Netherlands, Belgium, Italy and Croatia to protest the plan. The demonstration turned into a big riot, with several public facilities and vehicles being burned by the masses.