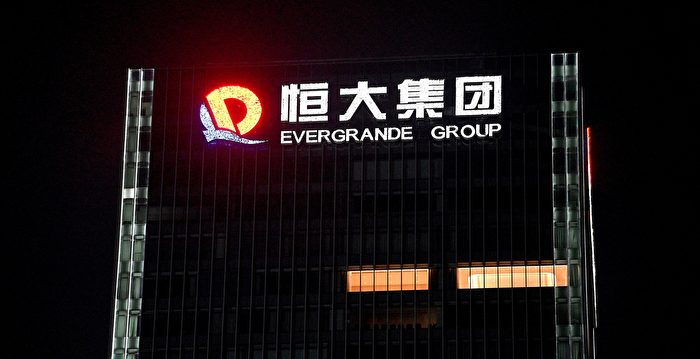 [Epoch Times September 17, 2021](Epoch Times reporter Li Jing comprehensive report) Recently, the leading real estate company in ChinaEvergrandeThe group continues to be reduced by shareholders.Disclosure in the mediaXu JiayinAfter the wife and the senior executives of Evergrande completed the advance payment of the principal and interest of the wealth management product “Hengda Wealth”, the second largest shareholder of Evergrande GroupLiu LuanxiongThe couple has recently reduced their holdings to cash out, which has aroused public concern.

According to documents from the Hong Kong Stock Exchange,Liu LuanxiongThe couple reduced their holdings in China at an average price of HK$3.58 per share on September 10Evergrande24.436 million shares, the shareholding ratio dropped from 8.96% to 7.96%.

Prior to this, Liu Luanxiong and his wife also reduced their holdings of 6.312 million shares at an average price of HK$4.48 per share on August 26, reducing their shareholding ratio from 9.01% to 8.96%. Calculated at the average price, the two reductions in total cashed out about 116 million Hong Kong dollars.

“Securities Times” reported that Liu Luanxiong andXu JiayinThe friendship is deep. Chinese Land is the cornerstone investor of Evergrande’s listing in Hong Kong in 2009, and has since increased its holdings of Evergrande shares many times.According to the Evergrande Group’s 2020 financial report, at that timeChen KaiyunHolding a total of 8.86% of Evergrande’s shares as an individual and a company, Evergrande is the second largest shareholder of Evergrande, second only to Xu Jiayin, who holds 76.76% of shares.

In addition, Liu Luanxiong and his wife and Chinese Real Estate also frequently appeared behind the subsidiaries of Evergrande Group. In January 2021, Evergrande Auto will raise HK$26 billion in additional funds, and Chen Kaiyun will subscribe for HK$3 billion; in July 2020, Evergrande Property will obtain HK$23.5 billion in pre-IPO financing before listing, of which Chen Kaiyun has the highest subscription amount. Reached 4.5 billion Hong Kong dollars.

Chinese Land’s own performance also relies heavily on the dividends of Evergrande Group. In 2020, Chinese Real Estate’s revenue was HK$3.041 billion, a year-on-year increase of 132.2%. Among them, dividend income from Evergrande reached 1.968 billion Hong Kong dollars, accounting for 64.7% of total revenue.

Affected by the reduction in dividend income from Evergrande shares, Chinese Land’s revenue in the first half of this year fell 63% year-on-year to HK$726 million, and its gross profit decreased by 64.4% compared with the same period last year. Due to the deep debt crisis of Evergrande Group, the stock price of the company has fallen by 80% this year, and the book value of Chinese Real Estate has suffered large floating losses.

Recently, Evergrande Group has been repeatedly reduced by shareholders. According to a document from the Hong Kong Stock Exchange, on August 11, Xia Haijun, the vice chairman and president of the Evergrande Group, reduced his holdings of the group’s subsidiary Evergrande Property and Evergrande Automobile, and cashed in nearly 100 million yuan.

See also  The World's Most Expensive Airplane Rental Fee, The Garuda Boss Admits There Was a Mistake

Evergrande Group’s wealth management product “Hengda Wealth” is about 30 to 40 billion yuan in scale, involving nearly 100,000 investors. At present, many customers are unable to accept this situation and are defending their rights everywhere.

On September 10th, “Hengda Fortune” broke the news. Investors from the Shenzhen headquarters of Evergrande and companies in Shanghai, Chengdu, Jiangxi, and Shaanxi all went to defend their rights. They raised banners and chanted “Repay Evergrande.” The rights defenders in many places were cleared and many people were arrested.

According to an insider who told the Epoch Times reporter, Evergrande once made promises to employees, but failed to fulfill them, and now some executives have run away.

At the time when Evergrande Group is in deep debt crisis, it has been reported that two Hong Kong mountaintop mansions worth up to 1.5 billion Hong Kong owned by the former chairman of Evergrande, Xu Jiayin, have changed owners. The new owner is Xu’s “butler” Tan. navy.

In addition, Evergrande Group also returns cash by selling houses at discounted prices. However, Evergrande Group issued an announcement on September 14 that due to the company’s continued negative news reports that seriously affected the confidence of potential buyers, it is expected that September contract sales will continue to fall sharply, which will further affect cash flow and liquidity. Cause tremendous pressure.

Evergrande’s share price continued to fall. According to a report by “China Fund News” on September 14, the three stocks of Evergrande have lost more than 1 trillion Hong Kong dollars from their peaks to the present.