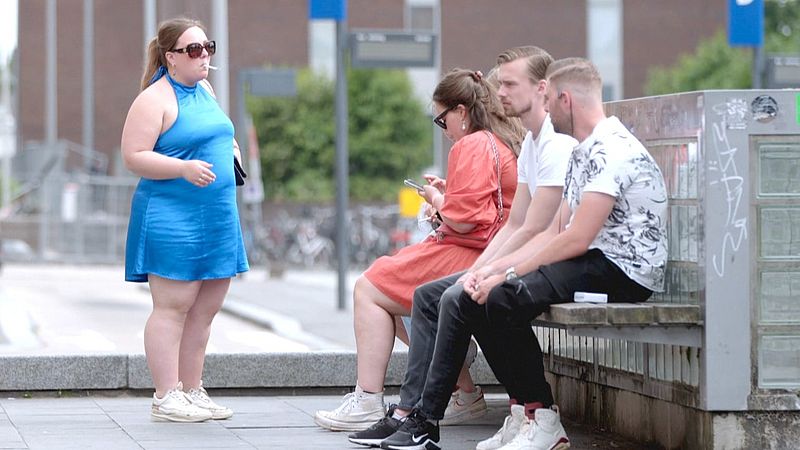 The government’s smoking prevention policy has failed. That’s what pulmonologist Wanda de Kanter says. According to her, the main reason is that there is no increase in excise duty. “Last year, cigarettes didn’t even get more expensive.”

“It just doesn’t work because the good and effective measures, which are known worldwide, are not being taken.” De Kanter is referring to an increase in excise duty on cigarettes.

Responsible State Secretary Maarten van Ooijen of Public Health says he wants to drastically increase the price of a pack of cigarettes to 40 euros, but that is only a plan and not yet practice.

“Van Ooijen dares to do the right things, but does he also get the chance? It is difficult if large lobby parties such as VNO-NCW and the VVD always stand behind the tobacco industry,” says De Kanter. “The tobacco industry is always looking for new, young customers. Smokers, who have to replace smokers who die prematurely.”

17-year-old Danique is such a young smoker. “It went very quickly. At first I thought: I can stop. That worked for a year, but then I made the mistake of lighting another one. Then it went completely wrong and now I can’t get rid of it”, she tells.

Danique thinks that the number of young people smoking is increasing rather than decreasing. “I see a lot of people smoking and also getting younger, people of 12, 13 years old.” Classmate Naut (17) also sees that there is a lot of smoking around the school. “You can smoke outside the gate. When I come to cycle during breaks, there is often a large group there. And then teachers just stand by. They don’t really set a good example, because they smoke too.”

‘Switching to cigarette made easy’

In addition to smoking, young people nowadays also vape a lot, see Danique and Naut. Especially when going out. This development is a thorn in the side of lung specialist De Kanter.

“On social media, you see influencers posting millions of images about vaping, but those vapes are just as likely from the tobacco industry. Intended to get kids addicted to nicotine. Vaping isn’t harmless, it’s actually super addictive. an ordinary cigarette is made easy.”

According to the Trimbos Institute, about 40 children under the age of 18 start smoking. The government wants fewer people to smoke and has taken measures. For example, cigarettes have disappeared from sight, behind a door. And cigarette machines in the pub are a thing of the past.

Packages are now unbranded and bear photos of the harmful effects of smoking. The price of a package has also increased. But all these measures have little effect. The percentage of smokers has fallen slightly, according to figures from Statistics Netherlands: from 22 percent in 2018 to 21 percent in 2021. So one in five Dutch people still smoke.

‘Real smokers will pay a lot for it’

Naut, who does not smoke himself, thinks – just like lung specialist De Kanter – that the prices of cigarettes are decisive. “If they exceed 10 euros, many young people will no longer be able to afford it. But smoker Danique suspects that a real smoker is willing to pay a lot for a cigarette.

“Everyone who smokes has a certain sense of guilt, like: I have to stop. Only, I think it is very difficult. Then a pack can cost 8 euros or 12 euros, but if you really want to smoke you will pay for it. Then you put it down and you think at the end of the month: such a shame again, I could have bought a nice shirt or a bag.”

See also  Fantasy football goalkeepers, the best and worst of the 27th day of Serie A