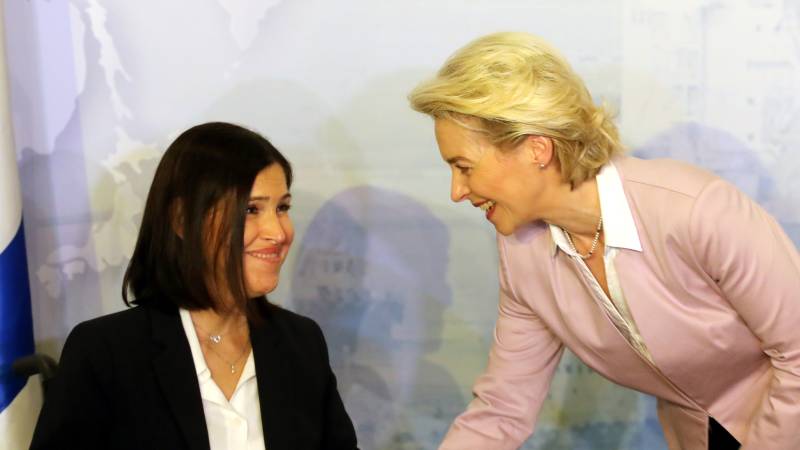 In the search for alternatives to Russian natural gas, the European Union today signed an agreement with Israel and Egypt. In the next three years, the EU will purchase Israeli gas for the first time, which will be transported to Europe via Egypt.

The war in Ukraine is the direct reason for the gas deal. “We want to get rid of dependence on Russia,” European Commission President Ursula von der Leyen said at the signing today. She traveled to the Egyptian capital Cairo, where an Israeli delegation was also present.

The exact amount of gas involved has not yet been disclosed. But it will not be huge quantities, suspects Rem Korteweg of research institute Clingendael: “Israel’s capacity is simply limited. For the EU, it comes down to every little bit helping”.

Under the agreement, Israeli gas will flow to Egypt via a pipeline. There it is converted into liquefied natural gas (LNG) and transported by ship to European ports. The parties have the option of extending the contract for a further two years after three years.

EU countries are still largely dependent on Russian natural gas, but that has to change† Within a year, the European Union wants to reduce imports from Russia by two-thirds, and in five years the member states must completely get rid of Russian gas.

Israel is therefore far from the only country with which Europe hopes to do business. For example, US President Biden promised to supply the EU with 15 billion cubic meters of gas this year, al are there any doubts whether he can keep that promise. European countries also sought rapprochement with gas suppliers such as Qatar and Algeria. “In that sense, it was to be expected that a deal would be reached with Israel and Egypt,” said expert Rem Korteweg.

In Israel, the gas deal is welcomed. “This is a great moment as little Israel becomes a major player in the global energy market,” said Energy Minister Karine Elharrar at the signing.

For Israel, it is an economic and diplomatic opportunity, Korteweg also sees: “The Israelis always had to compete with cheaper Russian gas, but can now position themselves as a serious energy supplier. Moreover, it is a way to put themselves in the spotlight in a different way. Not about the occupation of Palestinian territory, but as a lifesaver.”

Israeli experts see those benefits too. “The reason is of course sad, with the war in Ukraine, but for Israel this is good news,” said energy consultant Gina Cohen. “It will not only bring money to Israel, but also better ties with the European Union. And Israel may benefit from European technology.”

At present, Israel only exports gas to Jordan and Egypt, two countries with which it concluded peace agreements decades ago. The gas will come from two fields off the coast in the Mediterranean Sea, and a third platform is under construction.

At the end of last year, Israel announced that it did not want to look any further for new gas fields, but the situation has changed significantly due to the war in Ukraine and rising prices. “With this gas deal, it becomes even more interesting to investigate whether we can extract more gas from the ground,” said Israeli gas expert Michael Harari. “And we may even be able to breathe new life into a pipeline project between Israel and Europe.”

Israel previously signed an agreement with Cyprus and Greece on such a pipeline, but those plans have not yet got off the ground. Turkey, among others, spoke out against the project. The pipeline would run through parts of the Mediterranean that Turkey sees as its territory, even though those claims are not internationally recognized. At the beginning of this year, the US also withdrew from the project to build the pipeline.