In the last hour of trading, key indices turned significantly negative after a report questioned a Moderna coronavirus vaccine test.

A media report raises doubts about the potential effectiveness of the corona vaccine that American company Moderna Therapeutics is currently working on. The interim results presented would not provide critical data necessary to assess effectiveness.

The US news service Stat News, which specializes in the health sector, reports on the night of Wednesday, citing experts. The report immediately weighed on Moderna shares. On Monday, they shot up 20 percent after the company reported encouraging interim clinical trial results for their vaccine candidate.

In an interview with the “Tages-Anzeiger” on Wednesday, the Chairman of the Board of Directors and Group CEO ad interim of the Basel-based pharmaceutical supplier Lonza, Albert Baehny, also made it clear that his company does not produce the vaccine but the active pharmaceutical ingredient, i.e. the active ingredient, for Moderna . The active ingredient then goes to another company, where it is combined with other ingredients and the vaccination is completed and filled. “So far only results from phase 1 are there,” he said. Phase 1 is a clinical trial in which a drug candidate that was previously only tested on animals is tested for the first time on healthy volunteers. The main goal is to evaluate the absorption of the active ingredient, tolerability and safety.

Lonza is investing millions without knowing whether the vaccine will work. “It’s kind of a bet,” said Baehny. “And as a Swiss you should see that we take our social responsibility seriously and thank you.”

Lonza hopes for final results by the end of 2020

According to Baehny, Lonza hopes for final results by the end of the year, so that the Swiss company can then start production at the beginning of next year. “But Moderna has the responsibility,” continued the 67-year-old manager. The active ingredient is the most critical component, but Lonza does not have the vaccine, Baehny emphasized. It is the Cambridge, Massachusetts-based biotechnology company’s sole responsibility to decide who the vaccine products will be sold to, he said. Moderna was founded in 2010 and has not yet launched any product, which is normal given the years of development of marketable drugs and vaccines.

It is therefore conceivable that there will be distribution conflicts after the vaccine is finished. When asked whether Switzerland had not asked for the vaccine to be distributed fairly, the manager said that talks with the Federal Council and the Federal Office of Public Health were still ongoing. The Swiss authorities are well informed about everything, said Baehny. 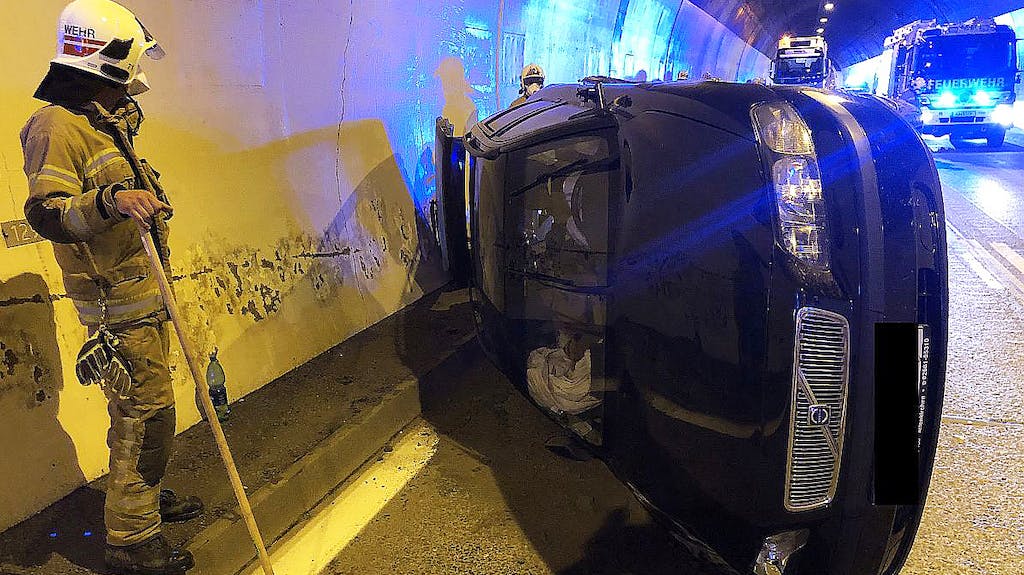 A fireman stands at an accident site in the Hiefler tunnel in Austria. The charioteer of the accident car had fled on foot before the emergency services arrived and left his injured 23-year-old passenger in the car. The driver was finally searched for. 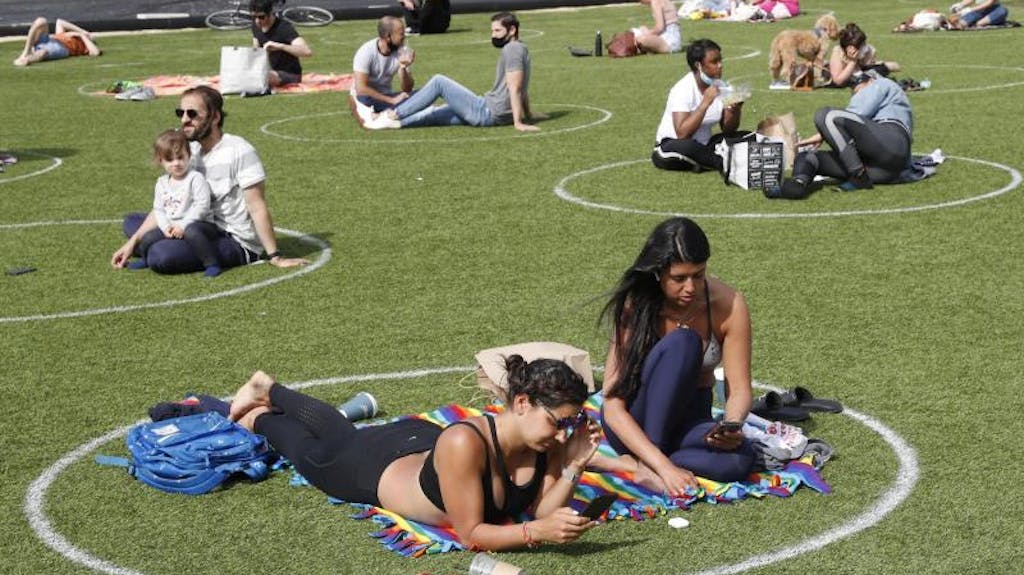 Do not disturb my circles: To make it easier to keep a safe distance from each other, markings were drawn on the lawn in the Domino Park. The residents of New York seem to like it – and the sun is shining too. 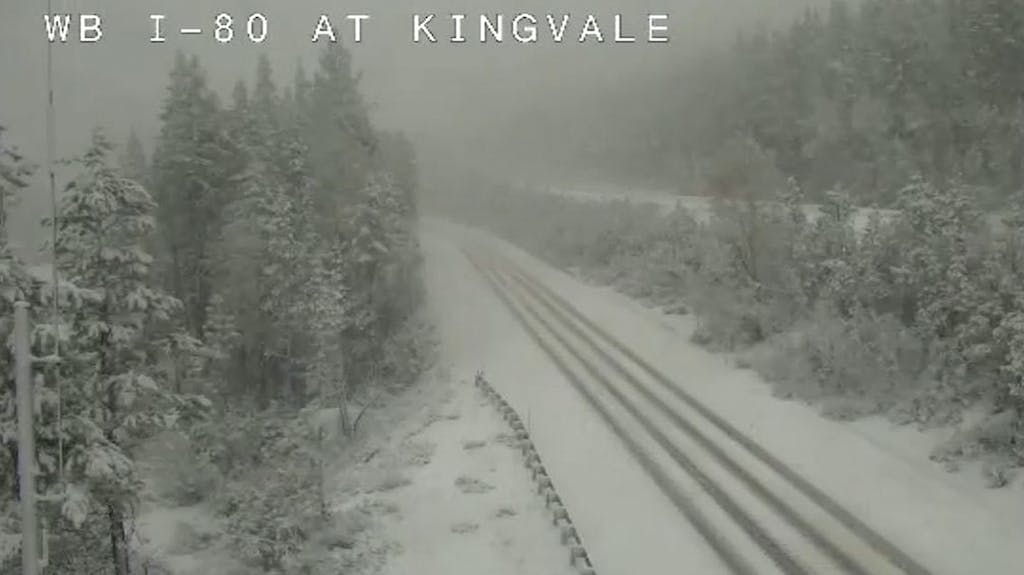 California in May: A video camera recorded the snow-covered Interstate 80 at Truckee. The Sierra Nevada has experienced a low wet and cold weather. 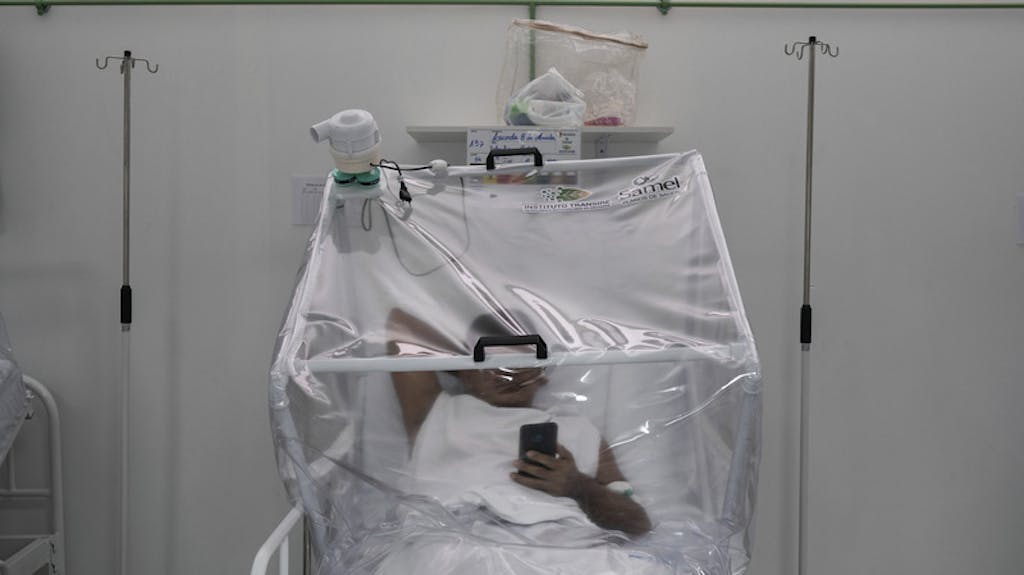 Packed: A patient plays with his smartphone while lying in a non-invasive ventilation system in the Gilberto Novaes field hospital in Manaus, Brazil. 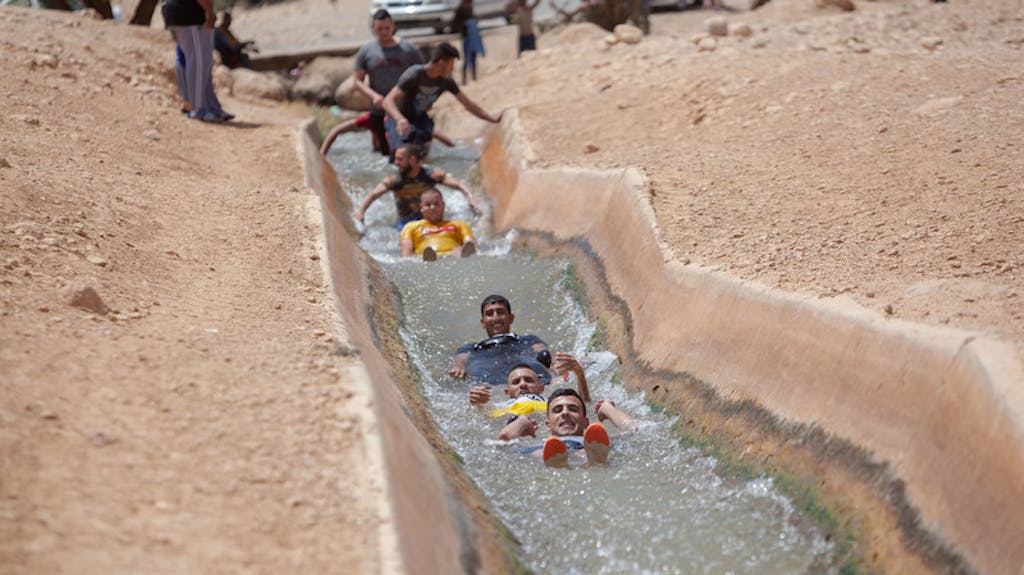 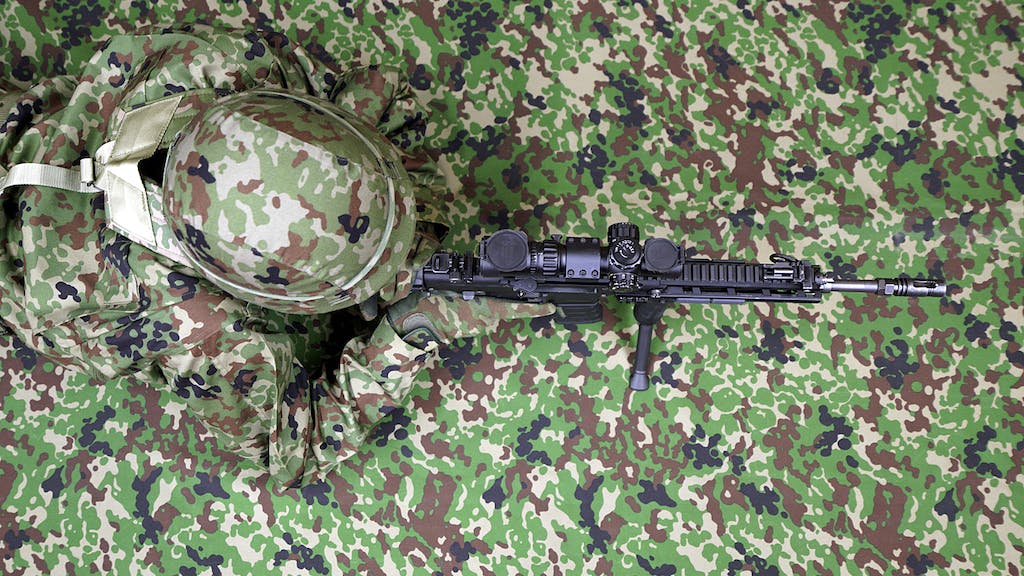 The so-called self-defense forces of Japan are presenting their new firearms in Tokyo. The Howa 5.56 from Japanese production will serve as an assault rifle in the future. The old service pistol is replaced by an SFP 9 from the German company Heckler & Koch. 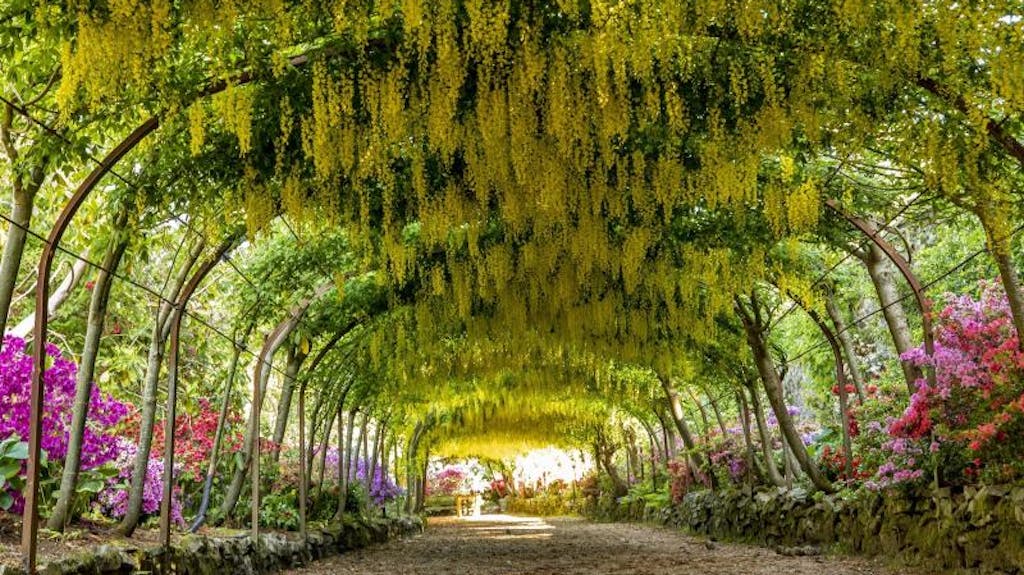 Poisonous beauty: the laburnum in the National Trust’s Bodnant Gardens in North Wales. 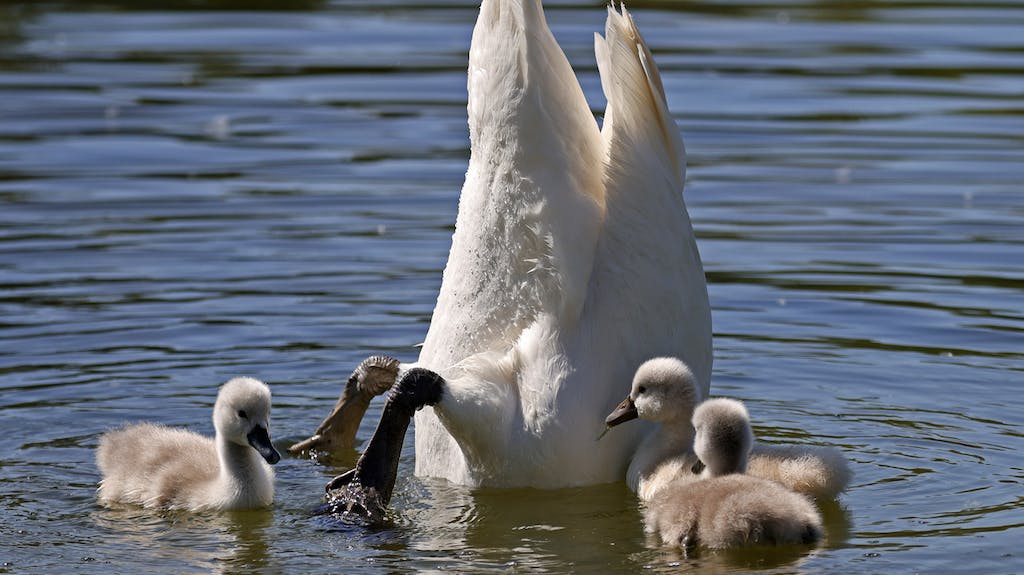 Visual lessons: A swan in Ludwigshafen, Germany demonstrates to the youngsters that as a king on the water you don’t just have to hold your head up. 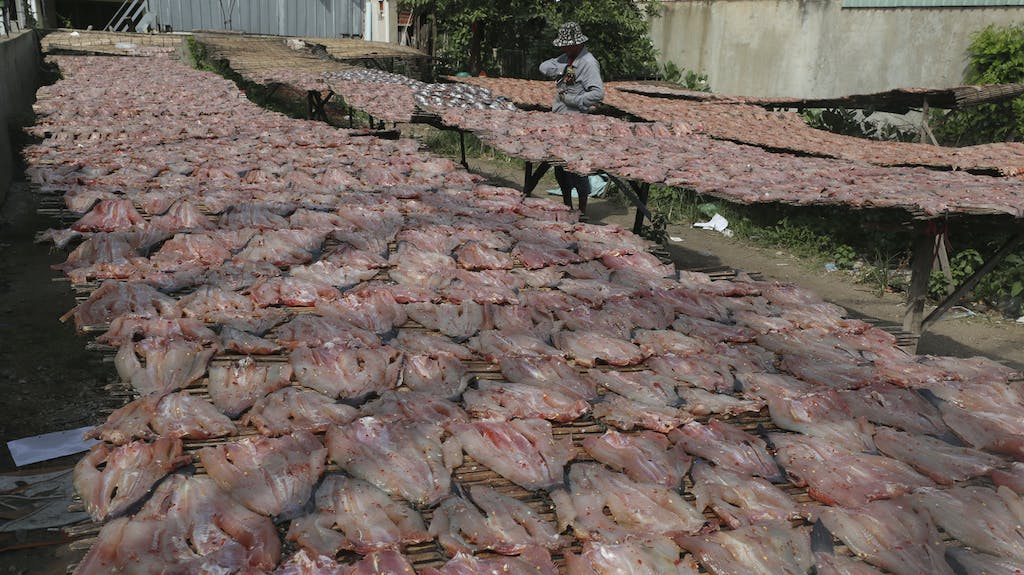 Not for sensitive noses: In Phnom Penh, Cambodia, a worker prepares tons of fish for drying. 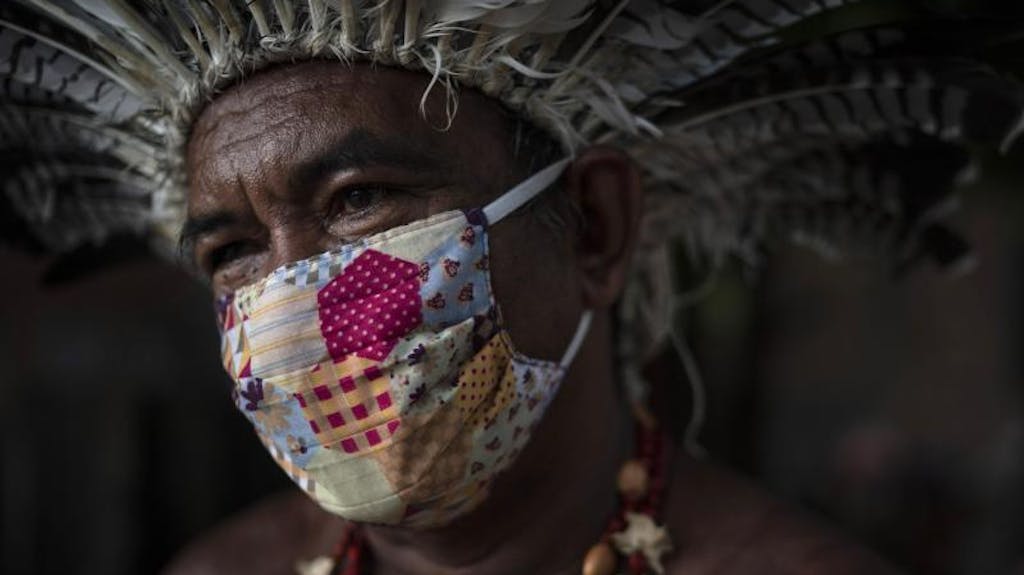 The head of the Brazilian community “Park of Indigenous Peoples” has a fever. Because of the poor supply, all he has left is tea as a treatment measure – and an ornate fabric mouthguard. 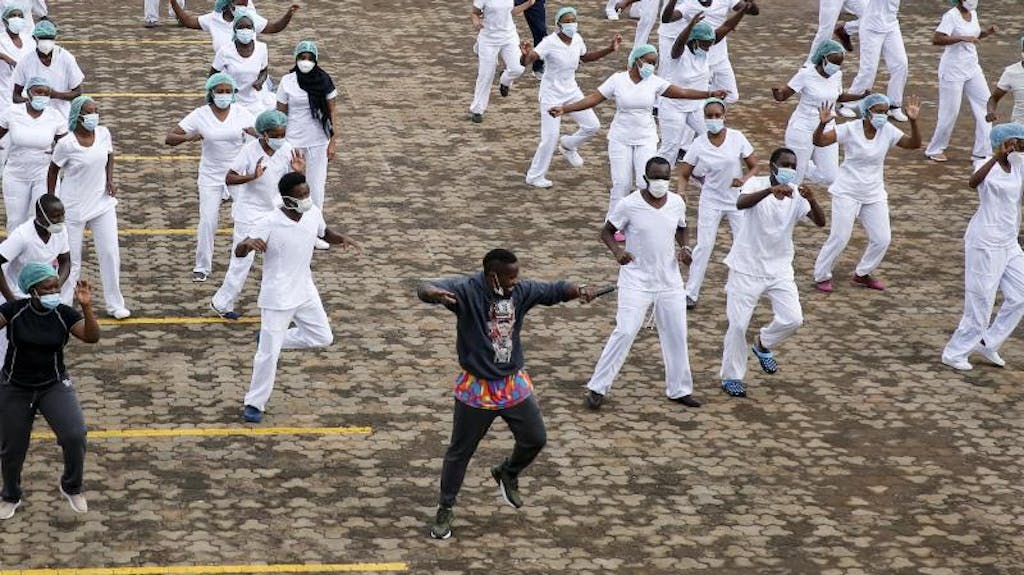 Dancing against the burnout: Corona crisis in Kenya: Nurses and nurses who care for coronavirus patients take part in a Zumba course. The course is designed to help them deal with the stress and difficult work. 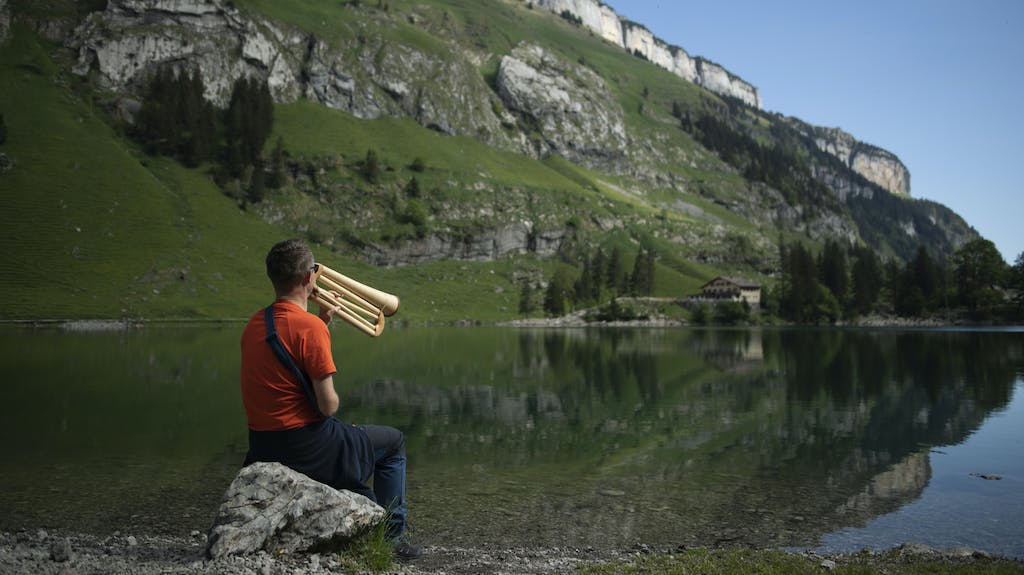 A local plays in Wasserauen with a travel alphorn on the Seealpsee, a popular destination in the Alpstein Mountains 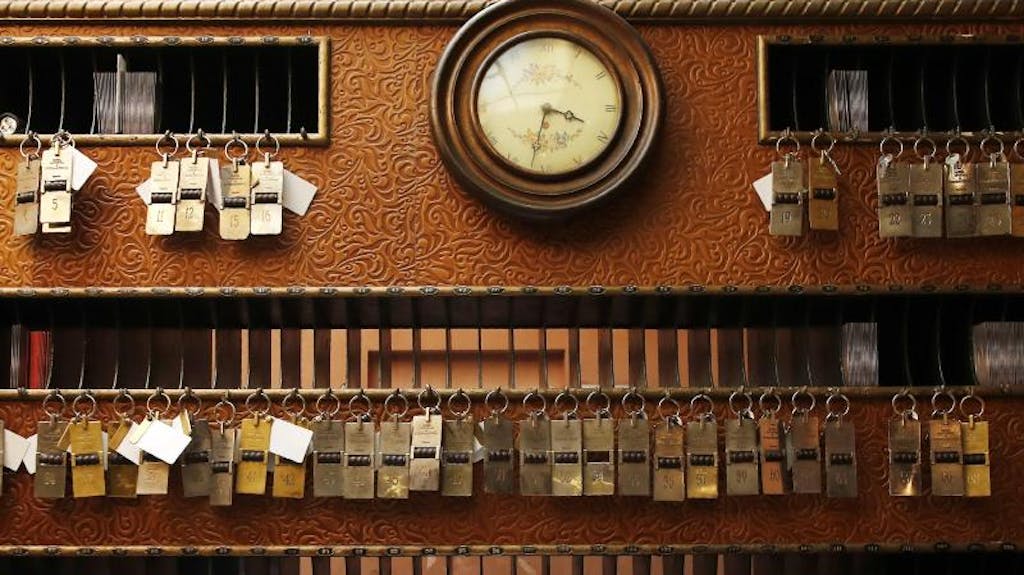 Many keys, no guests: view of the reception of a closed hotel in Venice. 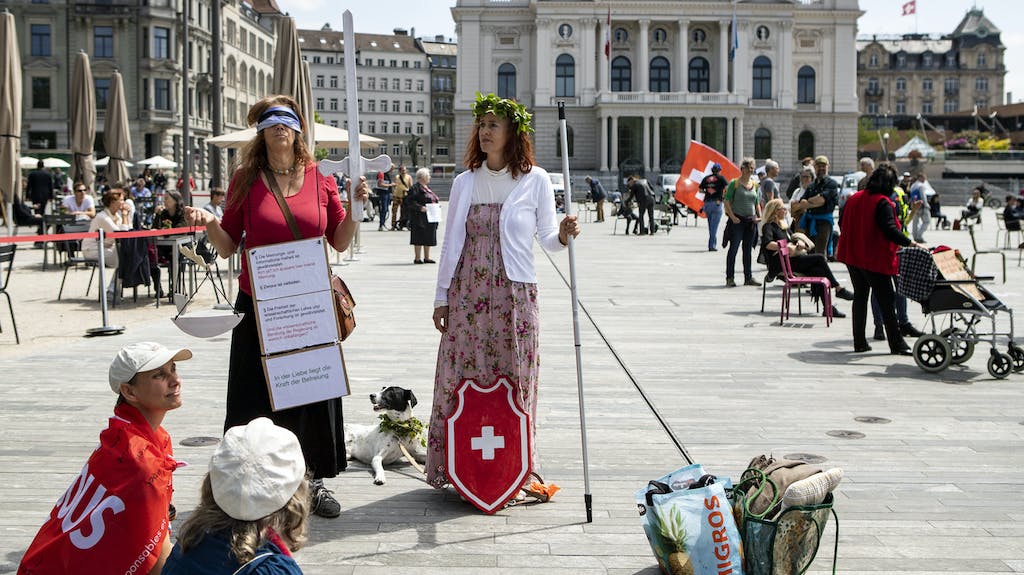 This lady does not see a virus: Despite easing, numerous people demonstrated here against the corona lockdown on Saturday, as here in Zurich. The police deployed with several patrol cars. 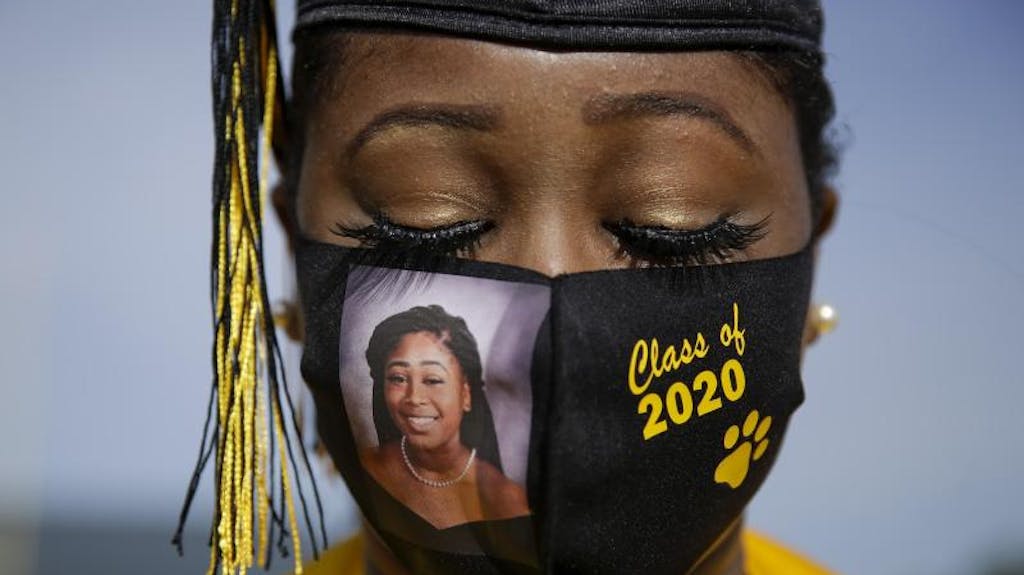 An 18-year-old wears a protective mask with a photo of herself at the graduation ceremony of her high school in the US state of Georgia. Because of the Corona crisis, only nine students can take their graduation certificate at a time. 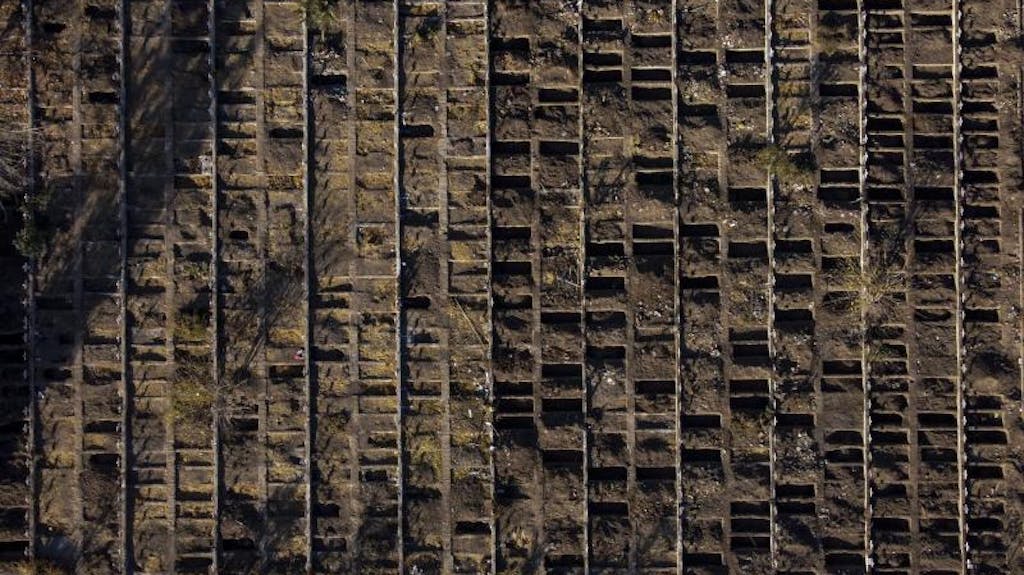 Aerial view of freshly dug graves in the general cemetery of the Chilean capital Santiago. 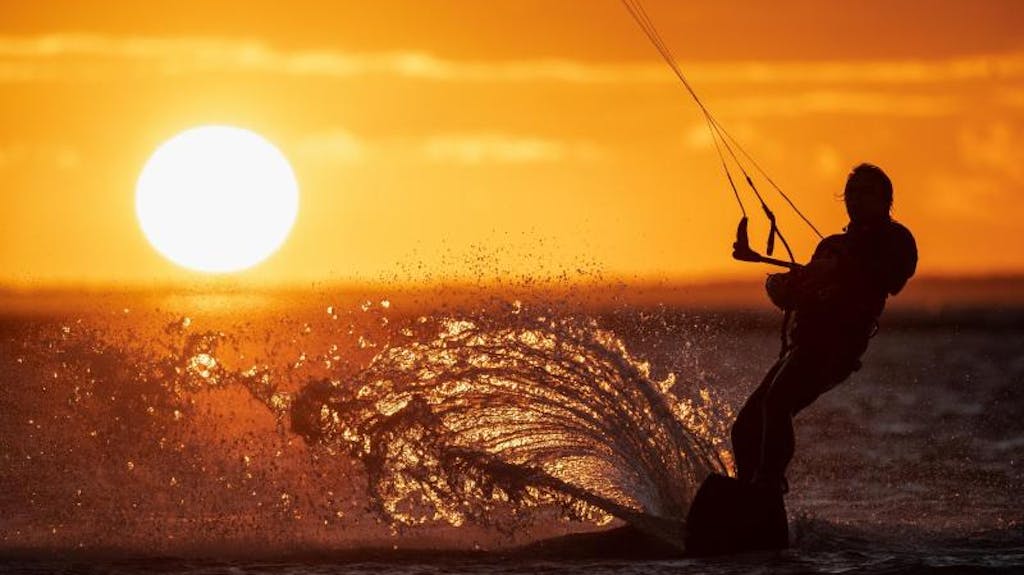 A kite surfer rides a wave straight to the sun. But he should hurry: soon the fireball next to the silhouette of the island of Juist will have disappeared. 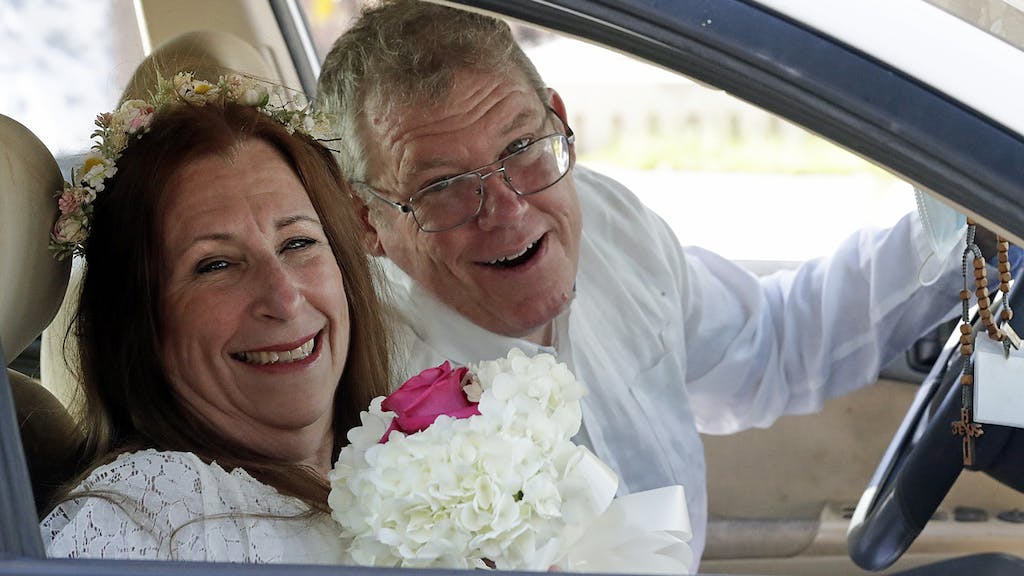 A “wedding to go” can be booked during Corona times in Gainesville, Florida. You make an appointment at the local registry office, get into wedding clothes and your own car, and then drive up to a window of the authority where the marriage is sealed. Apparently, the somewhat “sterile” action definitely makes you happy. 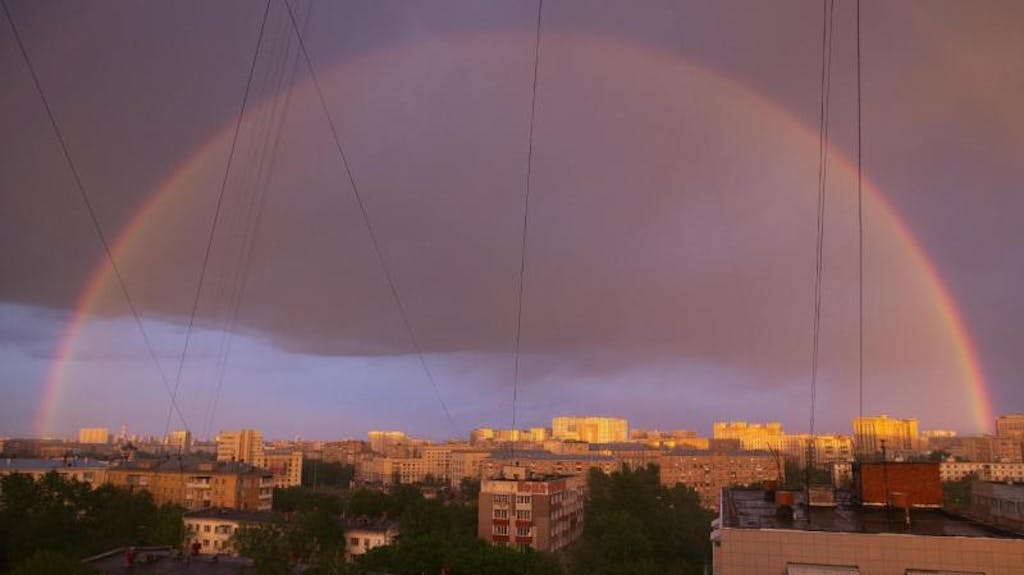 Halo for Moscow: After a downpour, a perfect rainbow shines over Russia’s capital. 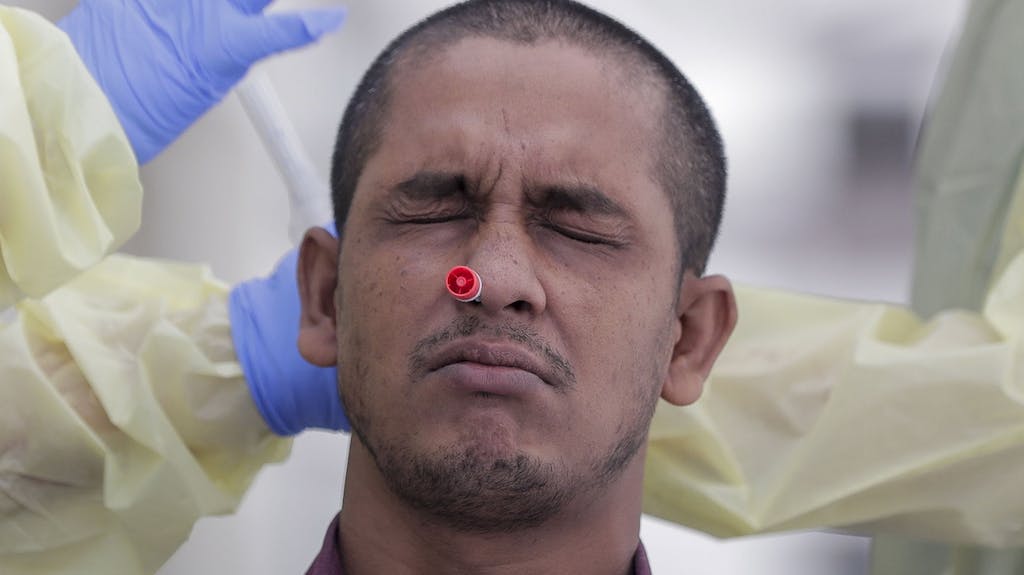 Nasty nasal borer: In Singapore, a foreign worker has to undergo a coronavirus test. 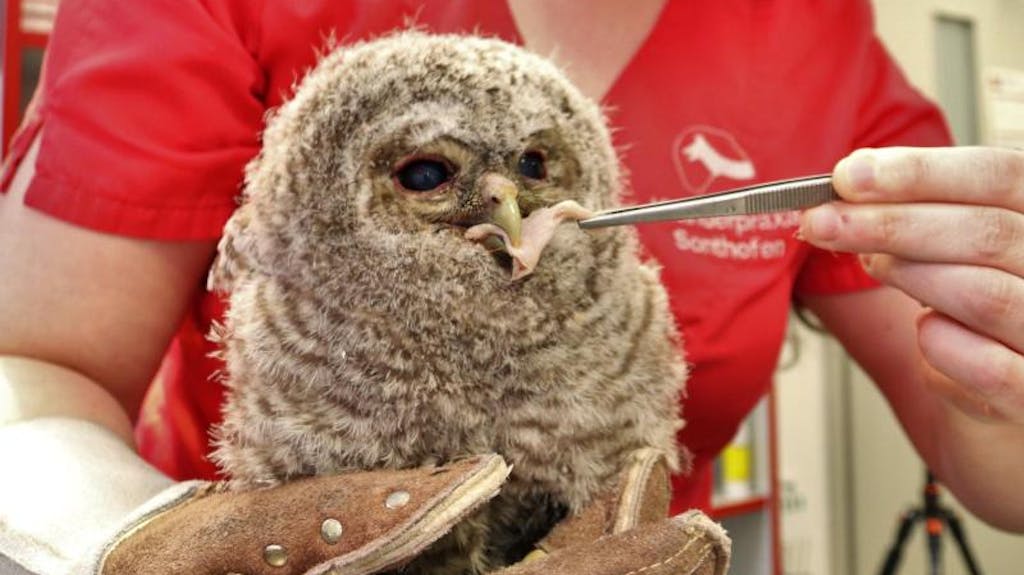 Crunchy ball: A brown owl, about four to six weeks old, is cared for in the Sonthofen small animal clinic in Bavaria. 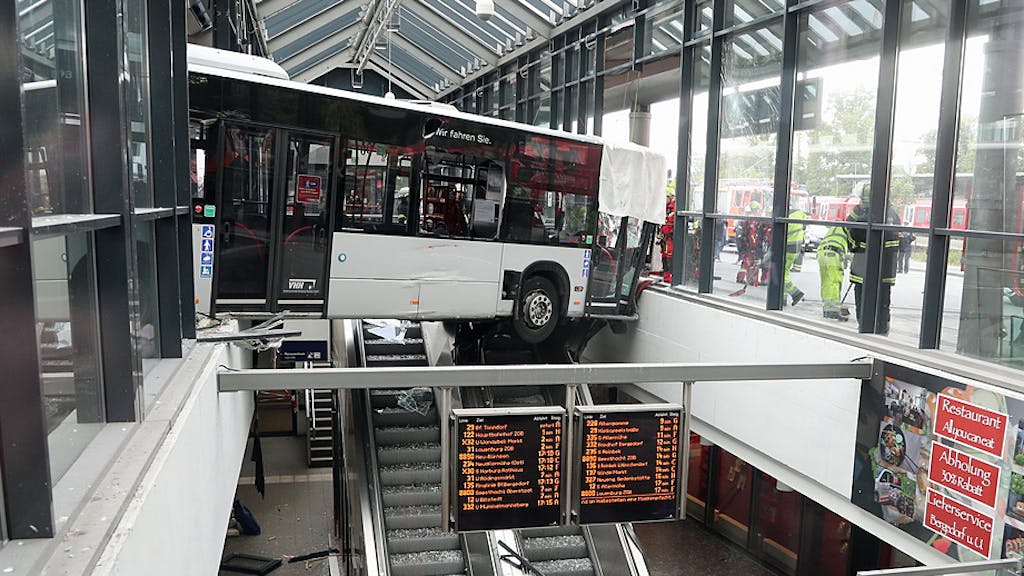 In Hamburg, a bus crashed through the window of Bergedorf train station after the bus driver – who is described as experienced and conscientious – lost control of her vehicle for reasons that have not yet been clarified. Two people were slightly injured, and it was difficult to recover the bus. 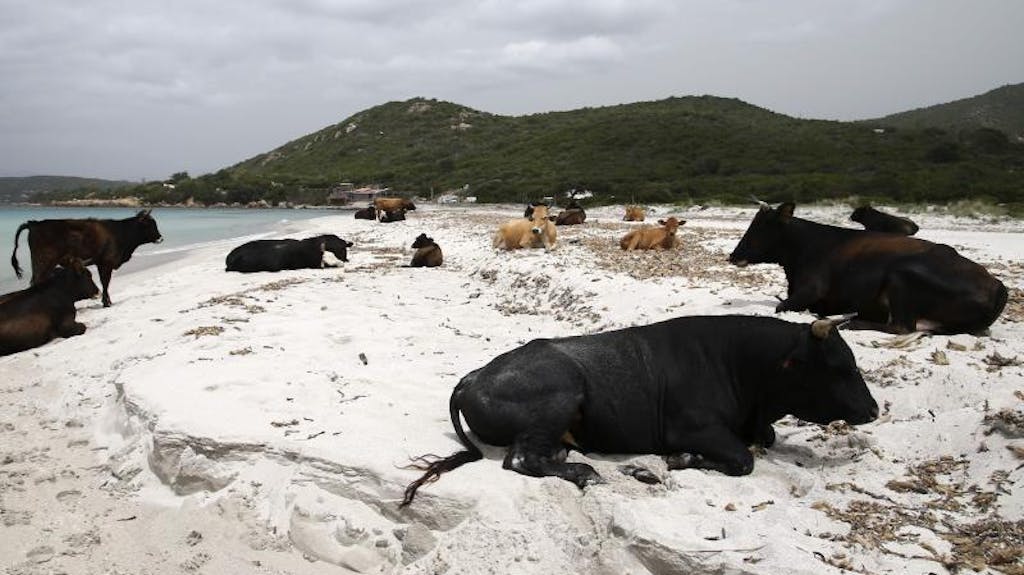 Manatees? Wild cattle enjoy the wonderful tranquility on the deserted beach in Mar e Sol in Porticcio on the French Mediterranean island of Corsica. 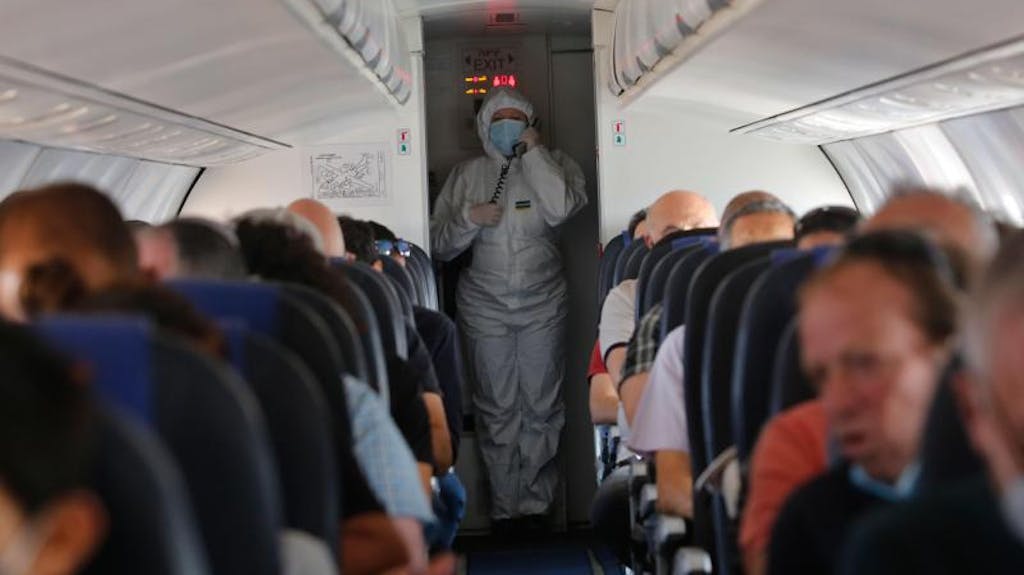 Flying was also more glamorous: An Israeli flight attendant works in protective clothing on board an airplane at Ben Gurion Airport. 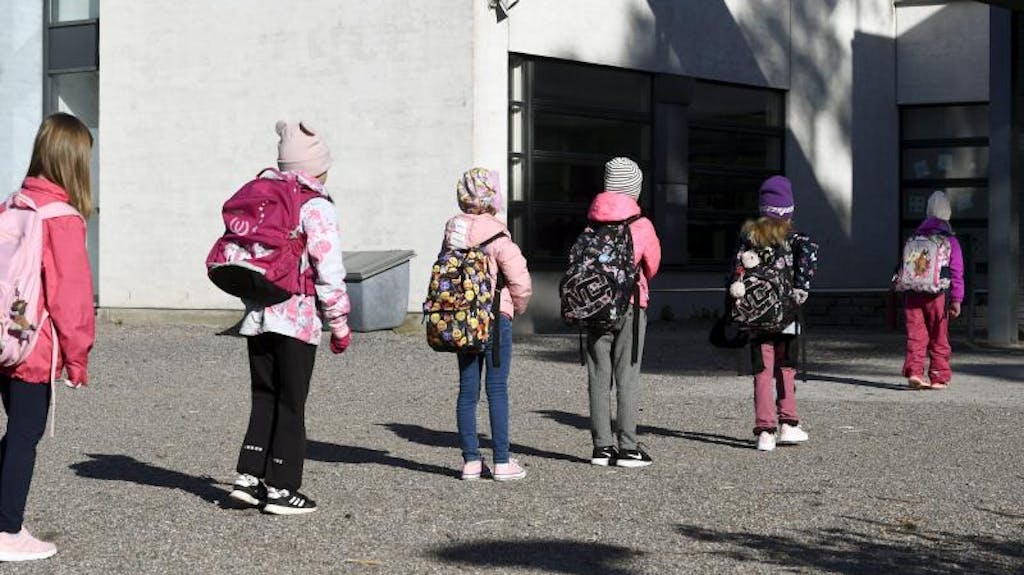 It starts again: School children stand in front of the entrance to their school in Finland, observing the minimum distance – after an eight-week break you can start teaching again. 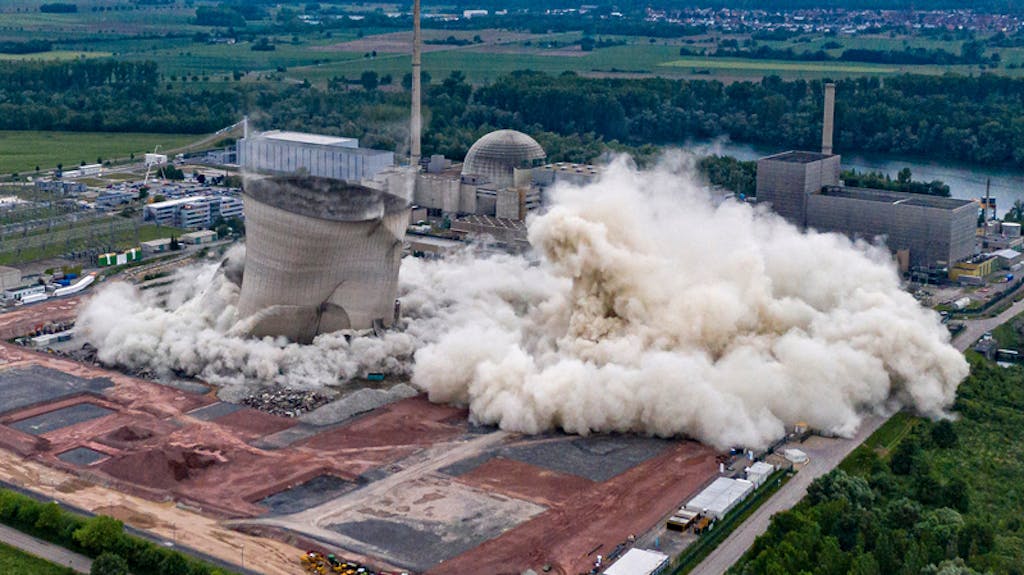 Akw goes into sackcloth and ashes: cooling towers of the decommissioned Philippsburg nuclear power plant in Baden-Württemberg collapse after being blown up. The last block of the power plant was shut down on December 31, 2019. Now it is being dismantled. 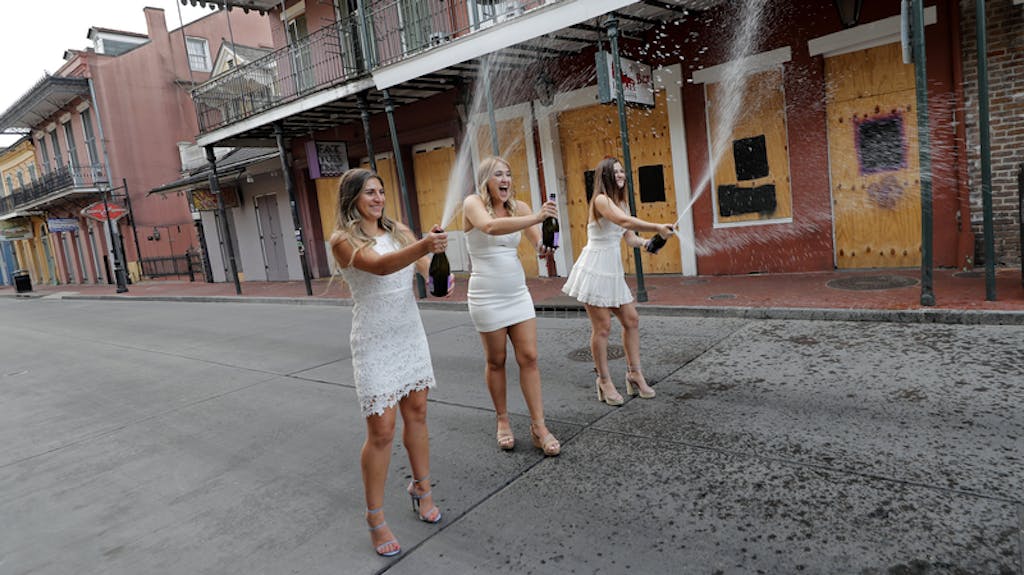 Celebration mood and corona blues: Graduates from Tulane University spray Prosecco for a final photo on Bourbon Street in New Orleans, which is largely empty due to the corona virus pandemic. 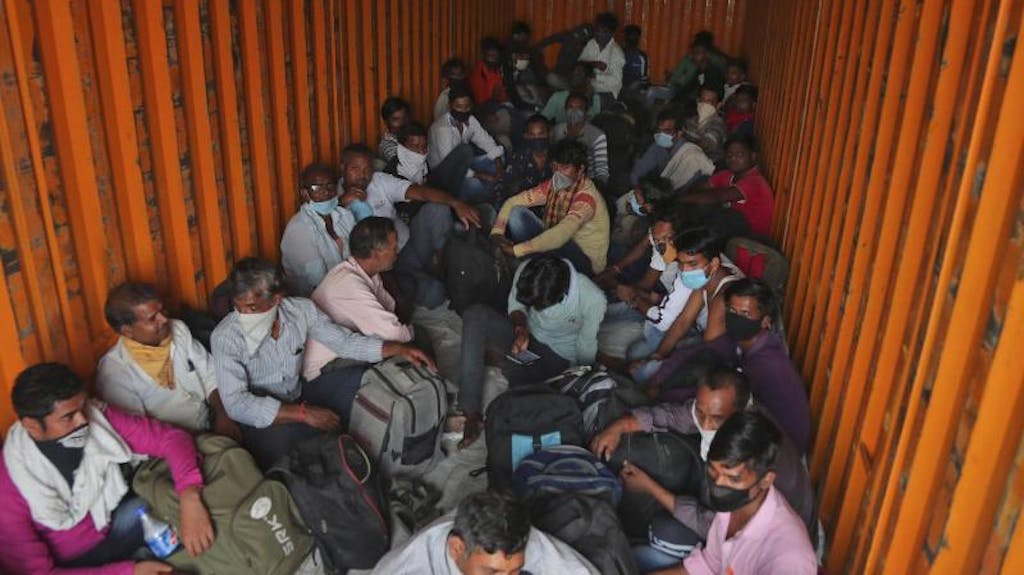 Dysfunctional: During the nationwide anti-corona measures, migrant workers in India sit in a crowded van that takes them to their home villages.

Share
Facebook
Twitter
Pinterest
WhatsApp
Previous articleCoronavirus. This is the plan at Edomex to resume activities before Covid-19
Next articleI came to Morena to achieve a state of well-being, not to be a vase: Ramírez Cuéllar

Numerous people in Germany were amazed on Saturday evening: a chain of...
Read more

Shares in this articleVIENNA (dpa-AFX) - The management board of Erste Group today decided...
Read more

My daughters own little, right?

The coronavirus also targets healthcare professionals. Finally, Yavuz Kalaycı, 56, who was one of...
Read more
Archynewsyarchynewsy.com