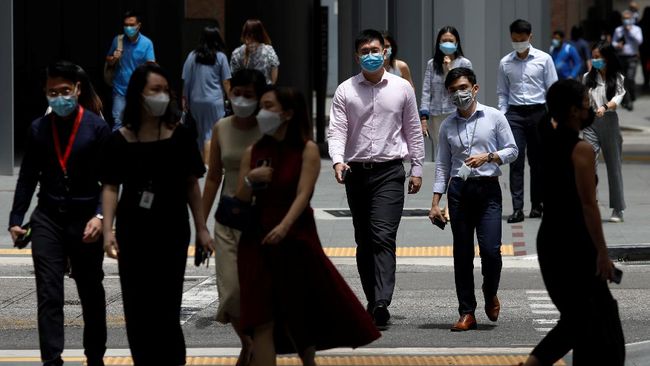 Citing data from the Singapore Ministry of Health (MOH), there were 2,226 local cases, consisting of 1,711 communities and 515 dormitories. MOH also noted that there were 10 imported cases.

All cases of death confirmed by MOH involve residents who have not been vaccinated. They were men aged 69, 73, 74 and 79 while one woman was 77 years old.

A total of 1,325 cases were said to not require hospitalization. “All are in good condition and are being observed,” said MOH again, quoted on Wednesday (30/9/2021).

Meanwhile, there were 209 cases requiring oxygen assistance. A total of 30 cases are in critical condition in the ICU.

Yesterday Singapore also recorded a new case in a new cluster appearing in a nursing home. MOH said there were a total of 11 large active clusters in the country.

The increase in cases of up to 2,000 per day has been predicted by the Singapore government in early September. Because the reproduction rate of the virus (R) in the country is high.

The Delta variant is the cause of transmission. Not to mention the easing carried out both in the lives of citizens and at the entrance of the state.

However, since Monday (27/9/2021), Singapore has again imposed social restrictions on citizens. This will be in effect until October 24.

Residents were asked to return to work at home. Students return to online learning until October 7th.

Meetings are also limited to two people. Then the elderly are prohibited from visiting places of worship.