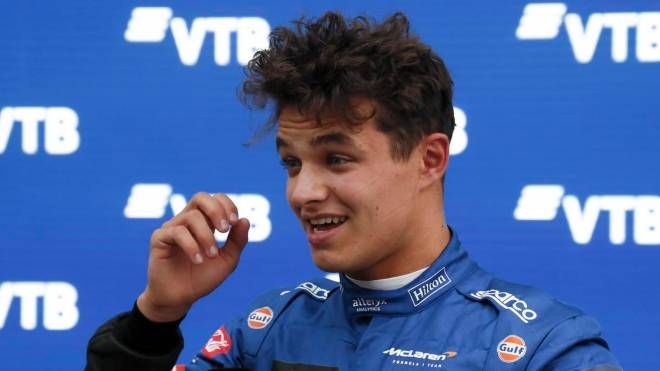 Sochi, 26 September 2021 – The rain with 6 laps from the end to Russian Grand Prix gives a finale capable of reviving the Sochi track as well. And he distributes joys and sorrows to the protagonists of a race that will be remembered.

Russian GP, ​​thriller final in the rain: Hamilton wins ahead of Verstappen

Okay, he didn’t win. All right, he had to listen to the engineers who wanted him in the pits because of the rain. But what a formidable driver!

He couldn’t lose, he couldn’t waste the opportunity. He risks something but in the end he crosses the finish line victorious for the hundredth time. Chapeau.

For a quarter of an hour the Spaniard gives the Ferrari fans the joy of a Red on the run. Afterwards he cannot cancel the limits of the car but the podium is deserved.

Fresh from Covid, the veteran makes a scary race. Bring the Alfa to the points and remind everyone that class is not water. Excellent.

Where do I put the old man? Not far from the podium. Fernando still has fun behind the wheel and shows off high school numbers. A great.

He was lucky, considering where he started from. He didn’t have a great pace, fate gave him a second place that is almost as good as a win.

Like Norris, he takes the risk of braving the rain by chasing the miracle. Jupiter Pluvius punishes him but honor his courage, he never fails.

He is predestined and you know. He does not run badly, but the Williams wall does not help him in the most excited phases of the Grand Prix. But it takes a point.

Sufficient, but no more. He has a Red Bull in his hand, he should give Verstappen a hand, but he is always rowing in the rear. It must give more.

Nobody notices his presence on the track. The Finnish butler looks like he’s already on vacation.