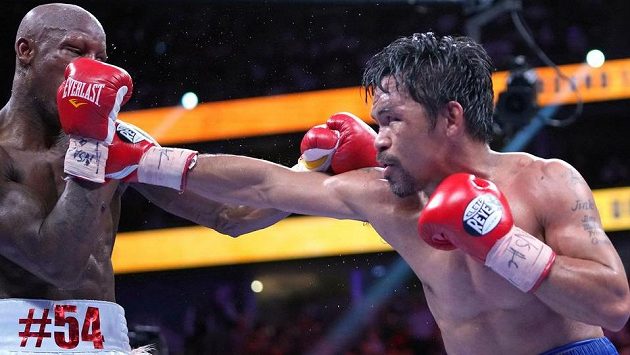 Famous Filipino boxer Manny Pacquiao announced the end of his career at the age of 42. The former professional champion, who was the only one to win championships in eight different weight categories, is a senator in his country and intends to run in the presidential election next year. His last match in the ring ended in August with a defeat for points with Cuban Yordenis Ugás.

The famous Manny Pacquiao (right) in an August duel with Cuban Yordenis Ugás.

He ends up with Pacquiao boxing just so he can focus on his political career. He announced his departure from the ring on Facebook in a fourteen-minute emotional video, in which he thanked millions of fans and stated that boxing had completely changed his life.

“But I just heard the last gong. It’s over. I never thought the day would come when I would really put my gloves away,” Pacquiao said.

Boxing legend is running for president and threatens corrupt politicians: You will end up in prison!

He lived on the streets as a child before joining the boxing school in 1995. During his career, he managed to raise half a billion dollars (over ten billion crowns). He entered politics in 2010, when he was elected a member of parliament, and six years later he became a senator.

Manny Pacquiao has officially announced he will retire from boxing after a 26-year legendary career ???? pic.twitter.com/PXYPIKH0C6

Pacquiao won 62 matches in his career, the August defeat was eighth. Twice his match ended in a draw.