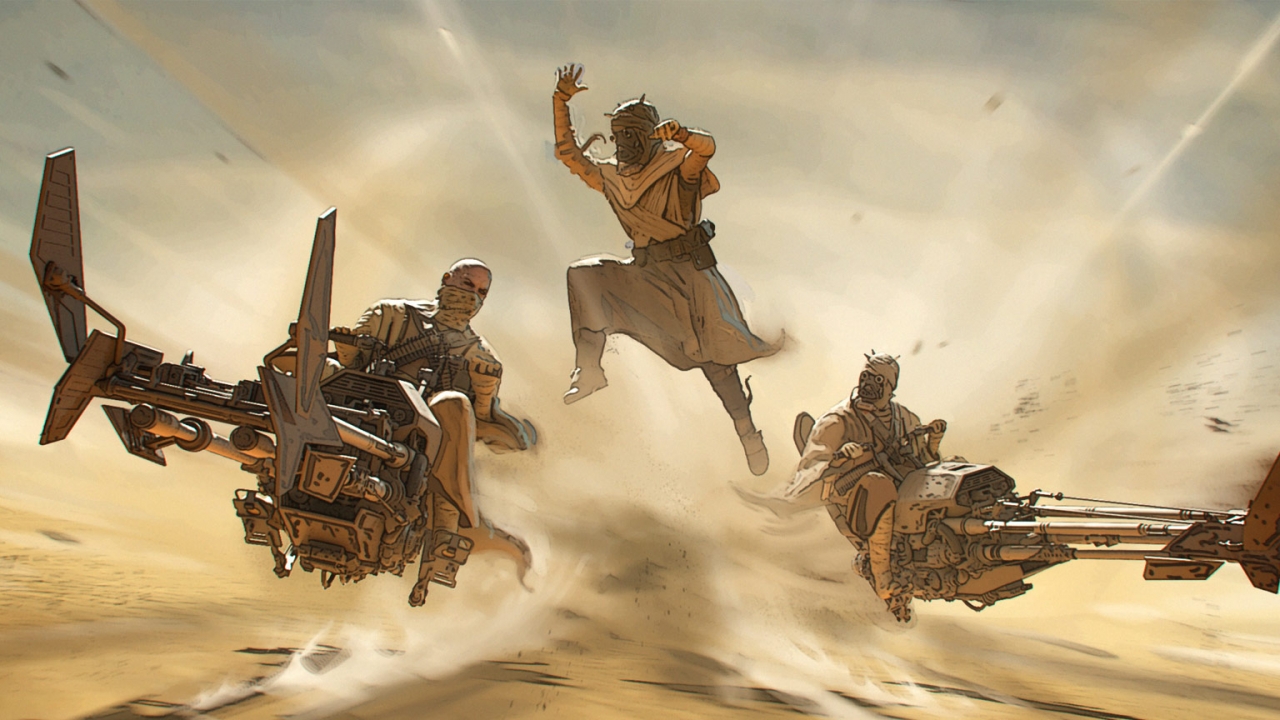 –>
The live action Star Wars universe has been getting a number of characters richer in recent weeks. This is due to the start of the series The Book of Boba Fett, a spin-off of the earlier The Mandalorian. Note: SPOILERS!

Yesterday the third episode appeared and it again contained a number of nice revelations. The most notable, albeit short, role is for actor Danny Trejo who makes his debut in ‘a Galaxy far far away’.Trejo, often seen in productions by writer/director Robert Rodriquez, plays the trainer of a young Rancor in the episode. This is the beast that lives in the dreaded basement of Jabba the Hutt Boba Fett (Temuera Morrison).

Fans all wild
Online there are now a lot of positive reactions to Trejo’s performance in Boba Fett, and he will likely return in other episodes. Below is a selection of the reactions, and yes who could have ever thought of this?

Boba Fett learns his new Rancor Monster is depressed. He spends a few minutes smiling & mewing while he pets it like a puppy. Danny Trejo approves. pic.twitter.com/xDZl8Dtzvo

damn they got Danny Trejo in Star Wars pic.twitter.com/GRlFc9yJEO

The Book of Boba Fett spoilers
–
–
–
–
–
–
Loved how they made Danny Trejo the new rancor keeper pic.twitter.com/sDks8VhQpj

When Danny Trejo popped up this was me! #BookofBobaFett #StarWars #DisneyPlus pic.twitter.com/ktLPojKmbk

Ok Danny Trejo Bringing in a god damn Rancor was NOT in my prediction list for the show pic.twitter.com/IK383kSMi4