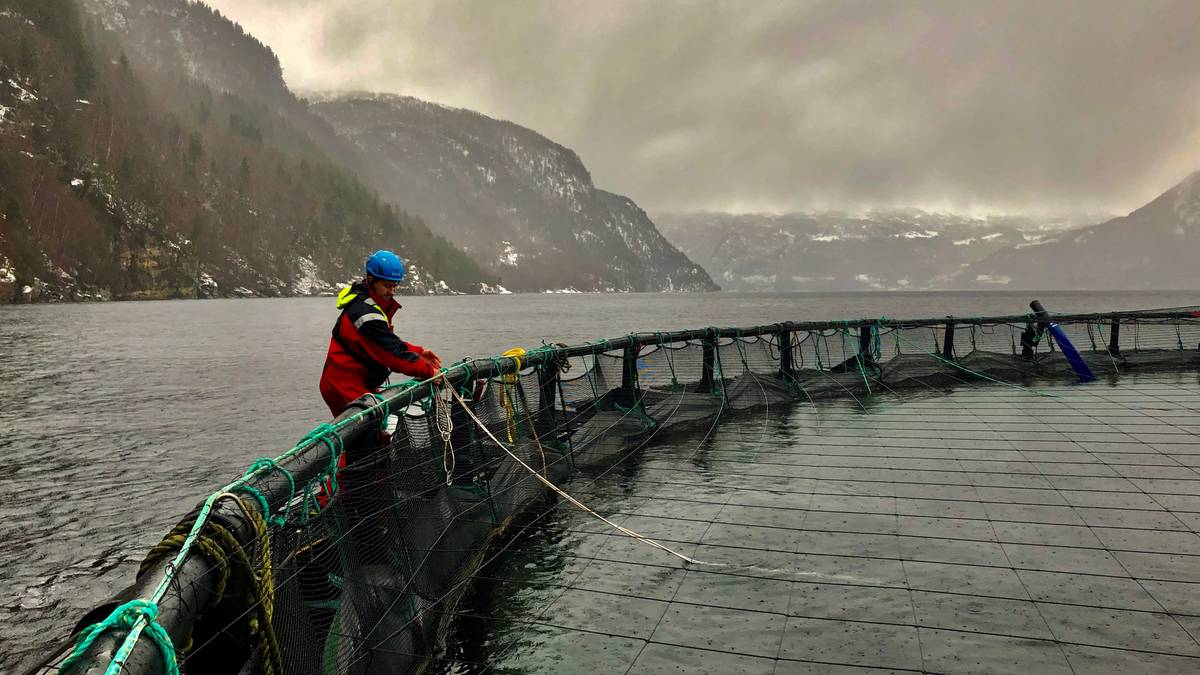 The Institute of Marine Research and the University of Melbourne have mapped farming in countries that produce seafood.

No other country has a larger increase in the area used by the fish farms.

While other seafood nations such as Chile and Scotland have an increase of between 30 and 80 percent, the growth in Norway is as much as 221 percent. That is, over a tripling.

The researchers state that the aquaculture industry uses more of the sea areas than before.

– The cages are larger, and the distance between them has increased considerably, says researcher Frode Oppedal at the Institute of Marine Research to NRK.

Using satellite images, the researchers have seen that the cages in which the fish swim are almost twice as large as they were in 2005. This offers both advantages and disadvantages.

– The probability of escape is less when you have large units. But the consequences are greater if you get an escape, says Oppedal.

– If you look at the environment, it will be easier to get the fish poop out of a smaller cage. A larger cage requires much more water flow for the same thing to happen.

Oppedal believes there is a limit to how big the cages can be in the long run. He refers to plans for large fish farms out at sea.

– You must have enough water flow in relation to the fish biomass you have there. And that limit can be quickly exceeded.

Summary of the report

The Institute of Marine Research and the University of Melbourne have conducted a study in which they looked at randomly selected fish farms and compared this from 2005 to 2020. The survey has also been done in other fish farming nations such as Chile and Scotland.

In Norway, they have looked at 200 randomly selected fish farms. These are compared with the size of 30 plants in 2005.

In Norway, the area used by each fish farm has tripled in the last 15 years. The average number of cages per facility has remained the same in the areas surveyed. The size of the cages themselves and the distance have increased, which means that the total size of the facilities has increased considerably. The average for Norwegian facilities in 2020 is 7 cages of 43 meters in width / diameter and 520 meters from land. In 2005, the number of cages was the same, but the size was smaller and closer to land. Then the cages were 23 meters in width / diameter and 460 m from land.

When the cages get bigger, there is also room for more fish.

At the same time, there may be lower staffing at fewer and larger facilities. It increases the profitability of the breeders.

In the mid-80s, it was common for 40-meter fish cages. Today it is over 100 meters in circumference that applies.

– Previously, the fish often had the first phase in the sea in smaller cages, before they were transferred to larger cages. We now avoid relocation that is beneficial from a fish health perspective, says Bekkeli.

Farming facilities also contain more technology than before, according to Seafood Norway. Lasers used to remove salmon lice are one example.

– In some units you can have three or four. Then you have to have bigger cages, says communications manager Øyvind André Haram.

But he emphasizes that the main reason for larger fish farms is not technology, but that many smaller farms are grouped into larger units. INfollow the interest organization of the seafood industry the area they are on is utilized better than before. Efficiency, safety and profitability are among the reasons.

– That with safety and security was a prerequisite for when the industry was further developed. We have a clear goal of zero vision on escape.

The fish farmers have requirements for monitoring the bottom conditions in the vicinity of the fish farms, according to the Norwegian Environment Agency.

– If you influence too much, you can ultimately be told that you can not be here, says Haram.