FC Twente canceled the contract of head coach Gonzalo García and captain Peet Bijen on Friday. That does not mean that they have to leave.

Clubs must cancel expiring contracts with trainers and players from whom they may wish to say goodbye before April 1. Otherwise, the commitment is automatically renewed automatically under the same conditions.

FC Twente can at a later stage still choose to offer García and Bees a new contract. In the meantime, they are free to negotiate with other clubs.

The current number fourteen of the Eredivisie reports in a short statement that “the contracts with players and coaches with an interim extended expiring commitment and / or an option have been formally canceled.”

Wout Brama, Paul Verhaegh, Aitor Cantalapiedra, Javier Espinosa, Haris Vuckic, Emil Berggreen, Tim Hölscher, Ramiz Zerrouki and Jeffrey de Lange also have an expiring contract, but that is only their first commitment at FC Twente. Therefore, no dismissal has to be requested for them. 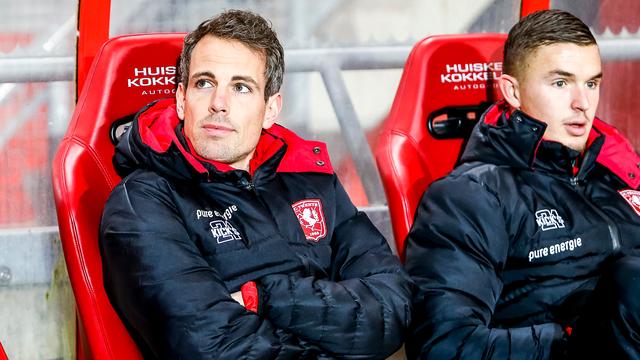 García had a major conflict with Brama

Earlier this year, García made headlines due to a conflict with club legend Brama. Supporters came to get a story, because the club legend was not part of the match selection. In a covert recording, García and goalkeeper coach Sander Boschker accused Brama of having a very negative attitude and leaking to the media.

Twente, who was promoted last year, started strongly this season, but with only two victories in eight games after the winter break, the game is over. García’s team occupies the fourteenth place and has only one point more than PEC Zwolle (fifteenth) and Fortuna Sittard (sixteenth).

View status of the Eredivisie

He made sure they couldn’t escape, says the head of the intervening firefighters about the arsonist

A fire that firefighters do not normally encounter. This is how the director of the Moravian-Silesian fire brigade,...
Read more

Several houses exploded in Baltimore. This was reported by the firefighters of the city. There are allegedly...
Read more

How to reduce the risk of lung cancer, stay away from smoking and adopt a healthy diet, see other tips

TRIBUNMANADO.CO.ID - Cancer is one of the deadliest diseases in the world. Various ways of treatment are carried out until...
Read more

The countdown has begun

The end of Crosby and Malkin’s gold. Pittsburgh must be different

Crushed in the Czech MotoGP, Repsol Honda is hard to find the positive side

The future of Cristiano Ronaldo remains at the...
Read more

In the stadium, the funeral car with Van Ruijven drove a last...
Read more