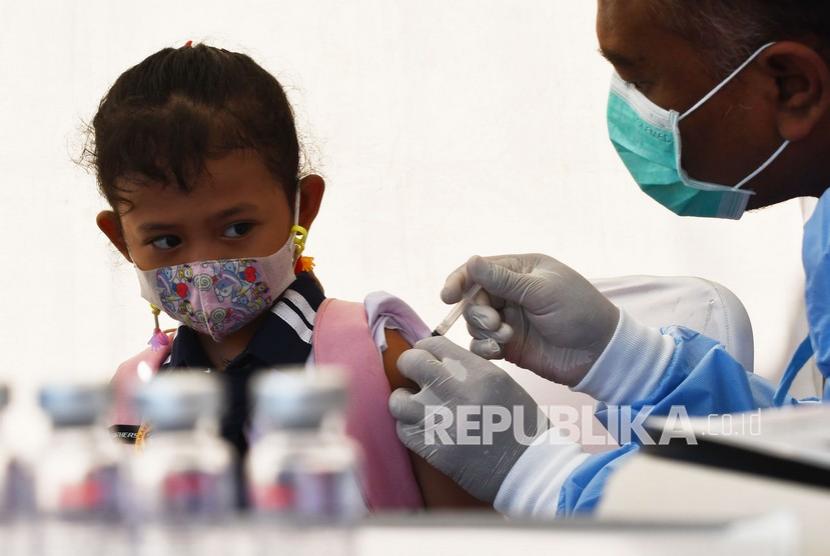 ‘Booster’ in children should be given at least five months after the second dose.

REPUBLIKA.CO.ID, JAKARTA — The United States Food and Drug Administration (FDA) has authorized a booster dose of the Pfizer-BioNTech Covid-19 vaccine for children aged five to 11 years. In a statement, the FDA allows children in that age group to receive a booster shot for at least five months after receiving the main two-dose series.

A booster injection of 10 micrograms is the same dose as the main series for the age group and one-third of the dose given to people 12 years of age and older. The FDA’s decision will now go to the Centers for Disease Control and Prevention (CDC) and become recommendations on how boosters should be used for age groups.

The CDC’s independent advisory group, or Advisory Committee on Immunization Practices, is expected to discuss the boosters during a meeting scheduled for Thursday (19/5/2022). CDC Director Dr Rochelle Walensky is expected to issue final recommendations after the meeting, as early as Friday.

Less than a third of the 28 million children aged five to 11 in the United States have received two doses of the Covid vaccine, according to data from the CDC. Dr Peter Marks, the FDA’s top vaccine regulator, noted that the two-dose primary series vaccination protects young children from the risk of severe COVID-19.

Dr Paul Offit, Vaccine Specialist at Philadelphia Children’s Hospital said booster doses should provide better protection against mild disease caused by Omicron and its subvariants. This variant is much more contagious than other types because it is adept at avoiding vaccination immunity or previous infection.

The results of a clinical trial released in April found that booster doses of the Pfizer vaccine in children aged 5-11 years increased levels of antibodies to the original coronavirus and Omicron. Offit said additional doses in children should increase antibody levels enough to provide a high level of protection against mild illness for at least “several months.”

“What a third dose gives you may be three to six months of better protection,” he said NBCNews, Wednesday (18/5/2022).

The results come two months after researchers from the New York State Department of Health reported that two doses of Pfizer vaccine offered little protection against infection in children ages 5 to 11. That’s with the effectiveness of the vaccine dropping to 12 percent in December and January.

The CDC later reported that two doses for children were still effective at protecting against severe COVID-19, including hospitalization and death.

“Two doses were very good at protecting against mild disease of the delta variant “but not very well against omicron,” explains Offit.

The FDA has approved a third dose of Pfizer for children five to 11 years of age with compromised immune systems as part of their main three-dose series. Children under five are the only group in the US that remains ineligible for the Covid vaccine, though that may change soon.

The FDA is currently reviewing Moderna’s application for authorization of a two-dose vaccine in children ages six months to five years. A final decision is expected in June. Pfizer has not yet submitted its application to the FDA for a three-dose vaccine for children under five years of age. This month, Pfizer CEO Albert Bourla said he hoped that would happen in the coming weeks.

See also  The Different Uses of Vitamin D3, Vitamin E, and Astaxanthin After the Covid-19 Pandemic